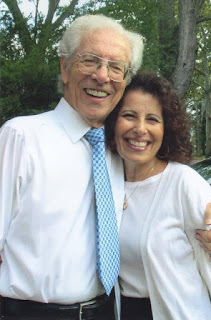 Lesléa Newman is the author of the new poetry collection I Wish My Father. Her many other books include the collection I Carry My Mother. She is based in Massachusetts.

Q: I Wish My Father has been described as a companion book to I Carry My Mother. How do you see the two books in relation to each other?

A: The first book was written around the time of my mom’s death, and at the time I knew someday I would write a book about him. When he died, the poems started coming out of me the same way. It was a way of trying to make sense of something that made no sense.

With I Carry My Mother, the poems are formal—a sestina, a villanelle. With I Wish My Father, the titles are the same as the first line. They were so different, the nature of the forms are different.

Q: So the forms sort of fit their personalities?

A: Exactly. My mother loved poetry. Some of them are imitations of her favorite poems. My dad’s are more narrative—he was a no-nonsense kind of guy. Their illnesses were very different. My mom had cancer and COPD. My dad was healthy until the day he died, but [was losing his mental acuity]. 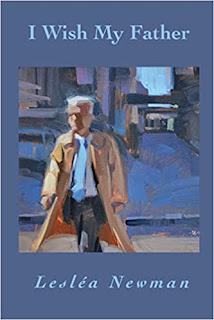 Q: Over how long a period did you write the poems about your father?

A: I started taking notes as a way to cope when he was still alive. Sometimes I’d write 30 drafts—I wanted to get it right. I had to work them hard because of the form.

A: I wanted a title that went with I Carry My Mother. The title poem in I Wish My Father seemed to go well. I wished so many things for him at the end of his life—to take away his loneliness, to give back his mental capacity, to ease his suffering.

Q: How would you describe the relationship between you and your father?

A: We were always very close. When my mom died, I stepped into her role of emotional caretaker for him. I learned so much about their marriage—without my mom, my dad fell apart. I saw what she sacrified so he could be who he was in the world.

I had mixed feelings about that, but he was a great dad. I couldn’t fathom the depths of his suffering, losing someone after [more than 60] years. He was sometimes demanding. I thought, How can I be a more kind person as we go through this together, and learn from it.

A: I’m working on pandemic poems. Some of them personify corona. I got the idea from Patricia Smith, and her poems about Hurricane Katrina.

Q: What kind of personality does the coronavirus have?

Q: Anything else we should know about I Wish My Father?

A: I would like people to know that the poems are narrative and very accessible. A lot of people shy away from poetry. I’m calling both books a memoir in verse. There are elements of universality, even if people are not in this situation, that they can relate to.

And there’s the beautiful artwork on the cover, by Carol Marine. I Carry My Mother has red shoes on the cover that personify my mother. I went on the same artist’s website, and I saw this painting. I thought she painted my dad!

My mother died five years before my father. She appears so often in these poems. My dad read the book about my mom and was so moved by it. My mom didn’t get to read this book.