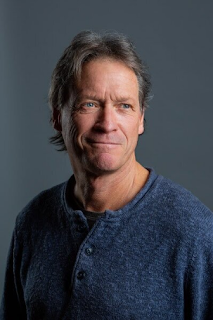 Jones Deady is the author of the new novel The Steep Side of the Marble. Originally from the South, he is based in Vermont.

Q: How did you come up with the idea for The Steep Side of the Marble?

A: I was delving into the concept or writing a story that would bring a reader a true sense of the South. Not the hackneyed, stereotyped South but one of gothic impulses, contradiction, and beauty, human and otherwise. Things beneath the floorboards.

Yet, after much thought I realized that certain pigeonholes could not be avoided if I were to do due justice to my own sentiments.

How is “such a place” realized through the written words? The South is a sense of being, of tradition, and so much more. The South is simple, proud, and yet crazily complex. At times it seems macabre and with a sense of humor that extols that. How to transcribe such mellow intensity and sweet slow voices, intermingled with a certain dark intensity?

The Steep Side of the Marble began as a short story of 25 pages. The story revolved around a very smart young teen girl named Lily and her relationship with her plagued and tortured mother, Dar. I set the pages aside, until I realized I had done nothing but appease a small portion of that need to describe my own relationship with the South.

The title alone gave me the road ahead, and I found the story driving itself, with input from me in the backseat. Lily and Dar became my voice. The short story evolved into a novel. 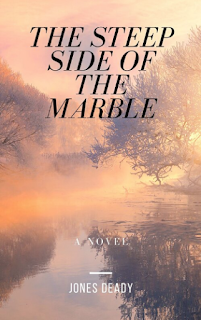 Q: On your website, you write, “The South never left me.” Would you call the book a Southern novel, and how would you define that term?

A: I call it a Southern novel in part due to the unique collision of characters within the pages. The way they interact can be endearing until fire and emotions take things to a dangerous level. The essence on the interaction can be theatrical, the impulses ingrained, sweet and sometimes not.

The Southern novel conveys an allegory of sorts, a magical sense beyond words. One must, in writing about such a dynamic and fascinating place, convey the gossamer web running under all. It is a force set there by the South’s history, by habit, by the congregation of its churches and even its food.

It can be felt in nature itself. Its snakes, insufferable heat, and deafening night sounds. And it takes birth and many years beyond there to be caught in that underflowing force.

The Steep Side of the Marble portrays a tiny slice of the South. The characters are not reticent about expressing their beliefs and exaggerating their truths.

Some are mindful only of the power of their presence. Some are sly. Some are soft and gentle, as something floating on the wind, and you may melt in their presence. The Steep Side of the Marble is a Southern novel, innocence has gone the way of a vagabond. In the end there is always hope.

A: Believe it or not the title was chosen out of thin air but made sense the instant it arose. Perhaps I had been carrying it around in my pocket like a game marble. To me the titular “Marble” signifies family.

Just as in a family, the surface is steep wherever one stands. The swirling colors inside of the glass hold all our peculiarities. Maybe the future is hidden there, its dangers and challenges already written. For most, it feels wrong to leave the surface. Others may make a different choice but getting off will be hard.

I suppose that is what it signifies. Perhaps the title came from the dysfunction I felt in my own surroundings growing up. It was quite a ride for me, for sure, so in a manner this story is somewhat autobiographical.

Q: Did you know how the novel will end before you started writing it, or did you make many changes along the way?

A: I did not know how the novel would end. I knew the story was going to be riddled with conflict. Some characters would deal with addiction. Some would be toxic at every turn. Some cruel. There would be a secret. There would be Lily and Dar holding all together with their spark of wit and hope.

I knew I wanted the story to end with something harsh, but ultimately with optimism. I planned for a major revelation from a seemingly minor character who had been woven in throughout the pages... the secret of the three elderly matriarchs.

Still, I had not formulated how all this chaos would be settled. In that manner I let the story tell itself and am glad I did not plot everything in.

A: I have been working on three novellas to go into one book. I have written the first two with a couple of edits in place. I am pondering the third idea. The stories are unrelated, but there will be one character from each that shows up in another one of the novellas to affect the outcome of the protagonist’s life in some manner.

I also have an almost complete novel set in Mexico. Ten edits in. This is more of a surreal and fantastic tale of a secluded village stumbled upon by an old man. The village is forever changed by this magnanimous and talented gentleman, who is one full of heartbreak and secrets. He creates something special for them in the center of the village.

The book also follows the life of a young revolutionary, a wealthy rancher, the women workers of a tortilla factory, a ghost, the dreams of a mute child. Our gentleman’s future hinges on the cascading forces of Southern Mexico. In the end all is woven together.

My other novel, four edits in, follows a group of strangers from all over the world as they meet and go in search of “The Savior of Tragedy” in the southwestern U.S. Their journey begins on a whim.

We have an exiled politician from Argentina, two playwrights madly in love from Greece, the sole survivor of a plane crash, and a withdrawn Russian terrorist fleeing his country. It is a surreal story of disparate lives coming together for the hope of a better world.

A: I love to travel, but most of all, I love my home in Vermont where I spend my summers gardening and my winters walking through the snowy woods.