Jean Benedict Raffa is the author of the new book The Soul's Twins: Emancipate Your Feminine and Masculine Archetypes. Her other books include Healing the Sacred Divide. She lives in Florida and North Carolina.

Q: How did you come up with the idea for The Soul's Twins?

A: Once I dreamed a big dream. In it, the Lone Ranger, my hero, shot me. When I awoke in terror and outrage, I told myself, I am 10 years old and I will never forget this dream!

In a symbolic language that held deep meaning for me, my dream dramatized a painful reality about my world.

My father was a handsome, heroic policeman with a hat, boots, and a gun. My happiest times were when he was home. But he was gone most of the time ¾ busy, I assumed, righting wrongs and saving damsels in distress. Just like the Lone Ranger.

My mother was a hard-working nurse, devoted to the heroic, life-saving doctor she worked for.

A few months after that dream my parents divorced and Daddy soon remarried. I sobbed in my mother’s arms. Three months later he died of his third heart attack. My eyes stayed dry.

By my mid-30s I was aware of uncomfortable feelings and internal conflicts I had ignored as a child. So when a friend invited me to join a non-academic remote course of study created and taught by Jungian analysts, I did.

Our first assignment was to tell a memorable dream. When I shared my Lone Ranger dream, my heart pounded, my body trembled, and I could barely hold back tears. As a little girl I thought it wasn’t fair that boys could be doctors, bosses, and heroic policemen, while girls could only be nurses, secretaries, and victims. 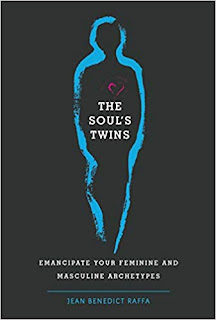 My powerful physical reaction to a dream I’d had 37 years before that day convinced me I could no longer ignore the 10-year-old girl in me who felt disrespected, divided, and dissatisfied.

I read books by Jungians, studied related topics, interpreted my dreams. To date I have recorded over 5,280.

Within a year of beginning these practices, which I consider both psychological and spiritual, I left college teaching and wrote The Bridge to Wholeness: A Feminine Alternative to the Hero Myth, about how I discovered the masculine/feminine imbalance in myself and the world.

In my second book, Dream Theatres of the Soul: Empowering the Feminine Through Jungian Dreamwork, I used my dreams to describe my method of finding meaning in them.

My third, Healing the Sacred Divide: Making Peace with Ourselves, Each Other, and the World, addresses my disappointment in organized religion’s inability to guide me to the oneness and spiritual meaning I’ve sought. It received the 2013 Wilbur Award from the Religion Communicators Council.

All this time, The Soul’s Twins was waiting for me and I was looking for it. By then I knew my unconscious held the secrets to my dissatisfaction. It felt the impact of my childhood traumas long before my conscious ego did.

It knew my parents’ marriage wasn’t working at a time when I had no clue. It understood that the father-image I projected onto the Lone Ranger, and later onto God, was flawed and fatally ill. It knew I was a fearful, vulnerable little girl in a world dominated by masculine values in imbalanced males.

It knew I suffered over the reality my dream highlighted for me: men were heroes, women were victims. It knew I could turn my suffering into something positive that could benefit others one day, so it gave me a dream I would never forget to help me find my way.

And now it has given me, and the world, The Soul’s Twins. Dream Mother came up with the idea when I was 10 years old, but I had much to learn before I would discover it.

Q: The book reflects Jungian philosophy but also other traditions. How did you research it, and what did you learn that particularly surprised you?

A: My research began at 17 when I had a numinous experience that made me feel I was known and loved by something far greater than myself. From then to my mid-20s, I read the New Testament of the Bible three times, underlined meaningful passages, and devoured books about religion and spirituality.

Now I know that the little girl in me was looking for a father substitute in the heavenly God of my religion and the male authorities who spoke for him. I had no idea God indwelled me.

Years of trying to connect with this outer God via organized religion did not work for me. Jungian psychology switched the lights on. My studies and dreams led to research into world religions, mythology, and symbolism.

Initially I saw these as separate subjects with little in common. Every religious person I knew scoffed at psychology. Psychologists largely dismissed religion as wishful thinking. And myths? They were nothing but fairy tales.

But Jungian psychology saw connections between them, and soon I did too. Research into quantum physics, brain lateralization, and consciousness increased the connections.

Integrating seemingly disparate fields of study into a vast, unified field to which I have access is the most fulfilling adventure I’ve ever had. This is the authentic hero’s journey, the only thing that will ever satisfy my soul. I just want to go home to the central place of sacred love and oneness within me, and my vehicle will be self-knowledge.

A: Carl Jung said, “There is no consciousness without discrimination of opposites.” Jungian psychology, philosophy, physics, world religions, and even our brains all operate on the principle of opposites. Interactions between them create energy, energy creates and fuels life.

The north and south poles interact to create a magnetic field that surrounds and protects our planet. It takes a male and a female to create a new life. Our bicameral brains connect via the central space of the corpus callosum to solve problems, create new ideas, and heal relationships.

The shared energies of Taoism’s yin and yang syzygy birth our instincts, archetypes, and psychological energy. Our inner opposites are complementary psychospiritual twins whose ongoing interactions can lead us to maturity and wholeness.

My intuition of the imbalance between the binary genders arrived long before I was conscious of it, but my dream planted a seed. Eventually it grew into a desire to heal the cultural stereotypes that separated me from my true self. That bloomed into books.

I originally called this one The Sacred Marriage, but most people I talked to didn’t recognize this alchemical term and assumed I was writing a marriage manual for male and female partners.

I chose The Soul’s Twins because, while it is about creating loving intimate partnership between two human beings, it is not about physical gender. It’s about how to nurture connections between the feminine and masculine principles in our own souls to heal our relationships and enhance our lives.

A: Psychologically, we are still in our adolescence. We want to be wiser, more mature, but most of us don’t know how.

Our dualistic thinking and lack of self-knowledge prevent us from seeing our shadows and accessing the strengths of the twin feminine (lunar/yin) and masculine (solar/yang) archetypes in ourselves: Mother and Father, Queen and Warrior, Mediatrix and Sage, Beloved and Lover.

We don’t understand the importance of consciously integrating both principles, so our knee-jerk rejection of many of their essential qualities separates us from ourselves and other individuals, groups and nations. Society’s institutions can’t help us because they are only as psychologically mature as the people who run them.

I hope to ameliorate this situation one individual at a time by taking readers on a self-guided journey to self-knowledge and compassion. I want them to forgive themselves for being flawed and awaken to their latent strengths.

I want my self-assessment tool, the Partnership Profile, to show them how the feminine and masculine archetypes influence their relationships and quality of life.

I hope my examples of how the masculine archetypes have manifested in women and the feminine archetypes in men throughout history will help them overcome gender stereotypes. I hope they will be inspired to access the richness of their whole, complete selves.

A: I have little control over what books I’ll write or when. The call comes when my unconscious alerts my conscious ego by way of dreams and synchronicities.

Once a book is released I’m usually so depleted that I don’t have the energy to think about a new one. So I just record my dreams, write my associations to their plots and images, listen to my thoughts, pursue my interests, write blog posts about topics that draw my attention, and wait for my daimon to fuel my next obsession.

My first two books were born of powerful passions I could not ignore. Both had brief gestations, eager publishers, and easy births. But I had much to learn.

My last two required years of following diverse trails before I knew my next destination and felt the requisite flame of motivation to carry me toward it. If there is to be a book five, it has yet to emerge in recognizable form from the random connections sparking in the sea of my unconscious.

A: The patriarchal mentality is destroying us and our world. The solution is not to blame males, the masculine principle, governments, or societal institutions. The answer is to look within and activate the Couple, the central archetype of conscious oneness in loving relationship. Only then will partnerships between all people become a real possibility.