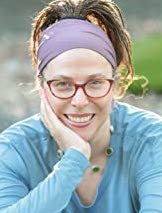 Daniela Weil is the author of the middle grade historical novel The Diary of Asser Levy: First Jewish Citizen of New York. She grew up in Brazil, and now lives in Austin, Texas.

Q: How did you learn about Asser Levy's story?

A: Being Jewish and from Brazil, I had always heard about the Recife-New York connection. It was even a theme in Rio’s carnaval parade a few years back. In Brazil, people take a little more credit than they should; they often say that it was Brazilians Jews who founded New York!

I always wanted to write about that story, but the accurate version. I realized that very few people in the United States knew about it. So I began to dig, and was hooked! It seemed like, being a Brazilian-American-Jewish nonfiction children’s writer, it was my story to tell.

During my digging, I soon came upon this character, Asser Levy, who I learned was somewhat of a legend in New York history. I became kind of obsessed with him.

He is the one we know most about because he was so litigious, so he is all over the New Amsterdam Records. But we know little about his origin and character, only what we can deduce. 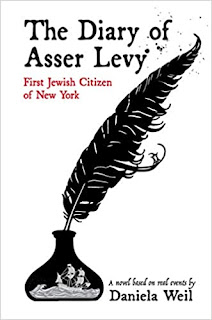 Because of his humble beginnings, his court battles against religious injustices, and the fact he became one of the wealthiest citizens in New York, as well its first kosher butcher, I thought he would be the perfect protagonist for the story.

Q: Why did you decide to write the book in the form of a diary?

A: Young people often don’t read history books because they are not written with them in mind. They are often dry and boring. I wanted to make the story interesting enough for middle schoolers to read.

These days, there is a big movement in kids’ literature to make nonfiction more palatable. I went through many different versions of the story before I thought it worked best as Asser Levy’s diary.

Making the book historical fiction liberated me to write in his voice, from teen to old age. There is currently no other book in the youth market that talks about him and this bit of history.

A: In my mind’s eye, this was going to be a nonfiction history book. There were so many interesting historical facts, documents that still exist, letters, maps, and illustrations - I knew I wanted all of that in the book.

But at some point I understood that there just weren’t enough historical sources to tell the full story, so I switched to historical fiction. However, this genre does not usually come with all the fun sidebars and back matter that nonfiction does. But I thought, why can’t this book be both? Like a fusion.

Sadly, many publishers are resistant to venturing into unknown territory. I am very happy that Pelican let me keep my vision and allowed for the story to be fictionalized, and contain the sections that are 100 percent historical, including all the visuals. I think it’s the best of both worlds.

And one thing that I was so happy to include was a section with the pictures and exact locations of all the historical sites that are part of the story that you can still visit today.

A: I am so glad to say that every time I get feedback from readers (including adults), it’s about how interesting the story is, how much they learned, and that they had no idea about any of it.

New Amsterdam was an incredibly interesting colony that gave rise to the tolerant city New York is today. I hope they learn about the first Jews that arrived in America, and why. I hope they see a connection between their plight as refugees 400 years ago, and how similar it is to the immigration issues we have today.

A: I am working on a book for early readers, like an early reader graphic novel, that shows the experience my Black daughter had in Jewish school. It wasn’t so great. I am big into racial bias at the moment, so I want kids to open their minds about Jews of color.

A: I have a fantastic audio-visual presentation (Zoom or in person one day…) that has pictures of my journey around the world researching this story, and it is perfect for kids in school learning about colonial America, adults and kids in synagogues and JCCs, and social media Sephardic and genealogical groups.

I would love, love, love to share it with as many people as possible! Just contact me at info@danielaweil.com.