Tina Connolly is the author of the new young adult novel Seriously Shifted, a sequel to Seriously Wicked, about a reluctant teenage witch. Her other books include Ironskin and Copperhead. She lives in Portland, Oregon.

Q: How did you come up with the idea for your main character Camellia, and did you know from the beginning you'd be writing a series about her?

A: I did not know that on day 1. I started Seriously Wicked quite a long time ago (before I sold my first novel), back when I was doing some freewriting every day. Some of these pieces turned into stories, some didn’t.

I wondered what a modern Rapunzel story might look like (a high school girl stuck living with a horrible wicked witch) and then Cam’s voice just jumped into my head and the whole story poured out. 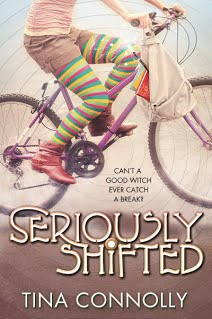 During the long process of revisions (I like revisions!) I did start to wonder what other magical adventures she might have after the first book was over. I knew I would want them to be largely stand-alone books, where the witch continues to do ridiculously awful things and Cam has to try to stop her.

Of course, then I started having some sympathy for the witch, and I started realizing that not everything she wants is terrible . . . but she does generally have a terrible way of going about it!

Q: The books combine magic with the everyday activities of a high school girl. What do you see as the right balance between the two?

A: When I studied at Clarion West a decade ago, Maureen McHugh mentioned that it was important to remember that everyone should have to deal with their real life, even if they get to go on magical adventures. 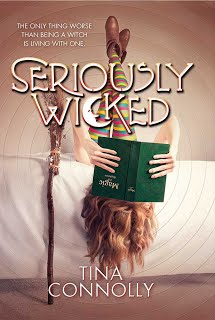 We all have to pay the rent and go to the dentist and so on. Or, in the case of Cam, go to a tedious American History class and make sure she’s passing Algebra. It was important to me to not give her a free pass on those things, just because she also has magical things to deal with.

Q: Did you see any changes in Cam--and in the series' mother-daughter relationship--as you wrote a second book about her?

A: Yes. Cam has a really black and white view of wicked witch Sarmine in book 1, which is understandable. Cam is adamant that she wants nothing to do with magic, and Sarmine (who is not particularly touchy-feely, and rather feels that the ends justify the means) represents everything Cam hates.

In book 2, Cam is trying to navigate the ethics of doing witchcraft herself. And as she does, she’s able to have deeper conversations with her mother, and see that there are shades of grey on both sides. 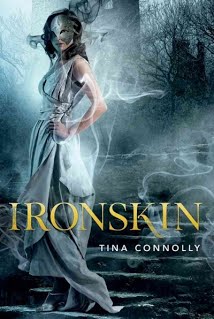 Sarmine actually has some goals that I would consider very positive (like saving the environment) but her methods are usually extreme. I would sum up Sarmine’s morality as “people are stupid and I should just run things so it will be done right.” Whereas Cam is trying to find a different system of ethics that she can live with.

A: There is a long list, so I’ll just mention a couple of new-to-me authors whose works I’ve been enjoying this year. I just read Frances Hardinge’s The Lie Tree for a “book club” panel at WorldCon this year.

It is a completely brilliant mix of things – you might call it historical science fantasy YA – dealing with topics like the Victorian era, paleontology, feminism, the clash of religion and science, and of course, lots of lies. We had a brilliant discussion on it at the convention. 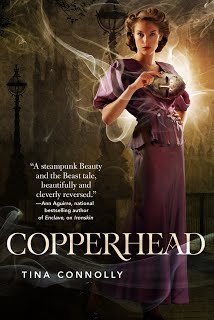 I also recently read Sarah Beth Durst’s The Girl Who Couldn’t Dream and a forthcoming book from Stephanie Burgis, set in her world of The Dragon with a Chocolate Heart. Both books were very delightful and magical, and now I want to read more from all three of these authors!

A: I am currently finishing up the third Seriously Wicked book! And simultaneously touring for Seriously Shifted.

I just got back from a lovely time at PNBA (the librarians/booksellers conference for the Pacific Northwest) and have a number of bookstore stops coming up in November, as well as some panels at local cons Orycon and Wordstock.

Come see me if you’re near one of my stops, and I’ll have some fun cartoon swag for you that illustrates one of the scenes in the book!

A: Thanks so much for having me on the blog, Deborah!