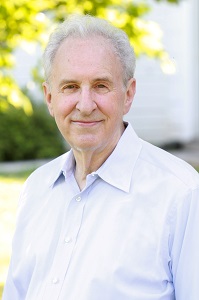 John Yochelson is the author of the new book Loving and Leaving Washington: Reflections on Public Service. He is the president of Building Engineering and Science Talent, and serves on the Council of Foreign Relations. His writing has appeared in The Christian Science Monitor, the International Herald Tribune, and The Baltimore Sun.

Q: You write, “I feel a sense of urgency because so many Americans are disillusioned with Washington.” What message do you hope readers take away from your book?

A: My message is that loss of trust in the federal government over the past half-century represents a seismic and ominous shift in America’s body politic. An important part of restoring confidence is attracting the A-team of talent into the federal sector – not just as a stepping-stone but as a career commitment.

Q: In the book, you note that you were inspired by John F. Kennedy’s inaugural address. Do you think anything remains of the spirit of his words, and what can be done to reinvigorate it?

A: The challenges that United States faces today are more difficult and complex than they were in the Kennedy era. JFK’s call for personal sacrifice to protect the Free World struck a powerful chord. I don’t see how his spirit will be recaptured until Americans feel a much deeper sense of national purpose.

Q: At the end of the book, you provide a memo for the president-elect. What are the highlights of this memo? 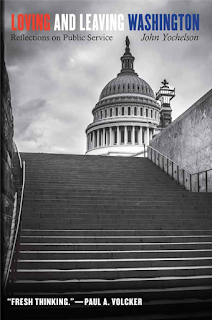 A: My memo reminds the president-elect that he or she is not only the country’s commander-in-chief, but also the CEO of a demoralized but critically important federal workforce of 2 million civil servants.

It will take presidential leadership to make the federal government an employer of choice. The way to do so is by creating pockets of excellence in every agency rather than trying to reform the whole system.

Q: Looking back at your own career, what would you say are some of the highlights, and why?

A: I had three career highlights:

First, I had the privilege of working up-close with a number of giants of public service including European visionary Jean Monnet, diplomatic legend Henry Kissinger, and renowned central banker Paul Volcker. I learned that greatness comes in various shapes, sizes, and styles – some of which I found more appealing than others.

Second, I had the opportunity to work in three different content areas – European security during the height of the Cold War; economic competitiveness as the United States began to cope with the new realities of globalization; and education as awareness grew that large numbers of American students failed to measure up in acquiring technical skills. I found changing fields deeply rewarding.

Third, I experienced the difference between working in the high-powered D.C. policy arena and fighting for a grass roots cause that I believe in (tapping the potential of women and underrepresented minorities in science and engineering). I was able to leave the trench warfare of Washington on my own terms to change lives rather than try to change policy.

A: My non-profit, Building and Engineering & Science Talent (BEST) supports the efforts of the Department of Defense to develop homegrown technical talent. We work with DoD personnel and educators in communities across the country where the DoD has a major presence.

A: The audience that interests me most is Millennials that are considering careers in public service. They have vastly more choices than my generation did.

A trillion-dollar independent sector has emerged since the ‘60s fueled by a surge of private wealth into the public space. Today’s “do-gooders” can choose from an entire universe of privately funded organizations outside government.

Too many of these reinforce the politics of advocacy. I’m encouraging Millennials to take a serious look at federal service and non-profits whose mission is to improve government performance. We need more effective consensus-builders – not more single-interest advocates.

--Interview with Deborah Kalb. John Yochelson is participating in The Lessans Family Annual Book Festival at the Bender JCC of Greater Washington, which runs from Nov. 3-13, 2016.
Posted by Deborah Kalb at 6:27 AM