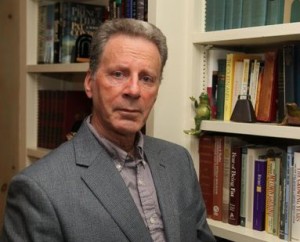 Mark Rubinstein is the author of the new book Bedlam's Door: True Tales of Madness and Hope. He is a physician who has been an attending psychiatrist at New York Presbyterian Hospital and a clinical assistant professor at Cornell University Medical College. His other books include the novels Mad Dog House and The Foot Soldier. He lives in Connecticut.

Q: You write of your new book, “Though quite diverse, these stories have an overarching unity…” What do you think unites them?

A: Number one, these are people in pain and distress.

Number two, the major unifying theme is these people, as strange as their presentation may seem at first, each can be seen, if time is taken to listen to them, which is so frequently absent in medicine today—physicians, even psychiatrists, today are doing medication therapy, and spend 10-15 minutes with a patient, leaving the psychiatry to social workers and psychologists—it has changed the entire model.

These are people in pain. If time is taken, if energy is taken, they are understood if the effort is made. They are all interesting. Each patient is compelling. We all have a back story, even people who don’t go to a psychiatrist.

I wanted by virtue of telling these 14 stories—the next [book] has 20—to demystify what to so many people not in the mental health field, what appears so strange or frightening.

It seems very relevant to me today with the terrible scenarios of mass shootings and bombings. These are disturbed people. Some young people are seizing upon Islam when they have deeper more personal disturbances.

Look at James Holmes—he was schizophrenic. Adam Lanza—his own father [indicated] that he was undiagnosed as schizophrenic…he was a very disturbed, isolated, bizarre young man. These are very troubled people, and it’s more and more evident in the news today because of the shootings. I wanted to demystify some of it. 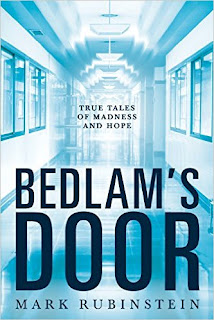 Q: What do you think are some of the most common perceptions and misperceptions about mental illness?

A: One of the most common is those who are severely ill—[such as] schizophrenics—are dangerous. A select few are dangerous, very paranoid, so they will take preventive action—that’s a very small minority. The vast majority don’t go out and harm anyone. They may harm themselves, but most are not dangerous to other people or to society.

It’s estimated that 45 percent of those in prison or jails are disturbed…it creates an enormous drain at the county level…It’s a financial drain on our mental health facilities.

Another fantasy is that homeless people are alcoholics. They tend to be extremely disturbed—veterans with PTSD, schizophrenics who can’t function in society. They often use alcohol to self-medicate, but are not primarily alcoholics.

For the most part, they are not dangerous. It is a small minority that poses danger to others. They too pose a drain on local…governments.

It’s also important to realize that virtually every human being has problems. I like to put it in terms of while most of us are not severely mentally disturbed, many people, perhaps the majority, have suffered through common human unhappiness and we deal with that. There are a lot of fantasies about mental illness and mental health too.

Q: You write, “The stigmatization of mental illness and psychiatric hospitalization continues to this day.” What do you see looking ahead? Do you think this will eventually change? 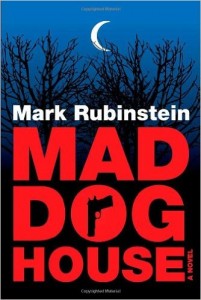 A: I hope it will, but I don’t know that it will. People are frightened when they see people who are severely mentally ill. It’s sort of like prejudice—to prejudge someone. They want to see the person as “the other.” They tend to externalize and vilify.

Working in a psychiatric emergency room, the police would bring in someone and say, This guy belongs in the loony bin, he’s a psycho. These terms were bandied about, and still are. The term “lunatic” is from an ancient belief that a full moon is responsible for lunacy—it all derives from “lunar.”

The stigmatization has always been there—in the Middle Ages, people were locked away. As recently as the 1950s, they were treated by lobotomies.

There are still people today who believe psychiatry attempts to control people’s minds. Every medication alters your physiology…we accept these things when it comes to physical illness but don’t so readily with psychiatric illness.

There are certain political and religious movements, [for example] Scientology, that are in a war against psychiatry. Not to single out Scientology.

People say, I don’t believe in psychiatry, like it’s a religion. The fact is, psychiatry has entered the realm of neuroscience. It’s become very scientific, sometimes to its detriment. The combination of medication and counseling seems to be the most effective, the most potent combination, to mix the two when necessary.

I used to testify in court—the classic cross-examination question was, Isn’t it true that psychiatry, of the medical specialists, is the least scientific? I would say, it’s not true. Tremendous advances have been made, especially with more recent medications. 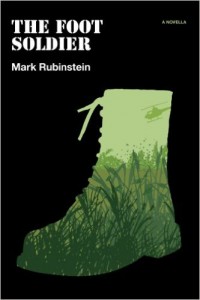 With gene therapy, we will be able to predict who might become schizophrenic, and with slight alterations we might be able to short-circuit [that]—the future is limitless, if we as a species can survive that long.

A: The book’s title, Bedlam’s Door, [relates to] the emergency room where I worked as a resident, and then as chief attending psychiatrist of a huge emergency room. There were 80.000 total visits a year in the ER.

Many people viewed the ER as bedlam. There were huge double doors and sometimes people barged through, or were escorted by police officers, by family, or were intoxicated, stumbling and falling. It was chaos sometimes, and sometimes there was an eerie sense of quiet, and then it suddenly would burst forth with pandemonium.

Bedlam’s Door is an appropriate title for the entrance to the hospital, the “loony bin” to use a pejorative phrase. I thought it was a catchy title—it embodied psychosis, pandemonium, and psychiatrists’ attempts to restore normalcy.

My next book, Beyond Bedlam’s Door, deals more with the private patients in my office and in court cases. One psychiatrist was guilty of malpractice—he inveighed upon his patient and convinced the patient to commit murder.

The notion of things being Bedlam-like but understandable if you take the time—there’s the line from Death of a Salesman, when the wife of Willy Loman says your father is very upset and disturbed, but attention must be paid.

Q: So is this next book already written?

A: I’m just going over the last story. It will be my next book out, and then I have another novel written.

Bedlam’s Door is number two on mental health books on Amazon. It’s gratifying to see people reading it. It’s not for everybody—it’s for people interest in psychiatry, in human beings, in storytelling. Everybody has a story.

We often jump to conclusions about people. They can be valid. But if you really spend time, and get to know a little about the person, it may not make you like the person, but at least you understand.

Some of these stories, if I wrote them as fiction, people would say, Come on, get real! I’ve had readers contact me and say, I find it hard to believe this really happened. The only things I changed were to protect people’s identities.