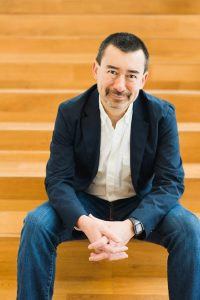 Peter Ho Davies is the author of the new novel The Fortunes. He also has written The Welsh Girl, The Ugliest House in the World, and Equal Love. His work has appeared in a variety of publications, including Harper's and The Atlantic. He teaches at the University of Michigan, and he lives in Ann Arbor, Michigan.

Q: Your novel features four different sections that take place at various points in Chinese-American history. Why did you pick those time periods, and how did you pick the particular people, including actual historical figures, on whom you focused?

A: I started with an interest in the Chinese laborers working on the Transcontinental Railroad – for a time I thought that what is now the first part of the book would be the whole story  – and my eye was drawn in research to a little known figure called Ah Ling, a Chinese manservant to Charles Crocker, the railroad baron, who is credited with the decision to employ Chinese to build the railroad over the Sierras.

Back then prevailing “wisdom” (in fact, an early stereotype) was that the Chinese were too physically weak to perform such hard labor.

Crocker is said in various biographies of him, to have been inspired by the hard-working example of Ah Ling. Partly because Ah Ling’s role is only mentioned in passing – he’s a historical footnote, essentially – I was intrigued by him.

Who was he? How did it feel to both dispel a stereotype and in a sense form a new one (he is, arguably, the originator of the “model” minority stereotype of hard-working Chinese), especially as that new stereotype led to the employment of 10,000 of his country men in brutal and dangerous work (for which they were paid less than whites). 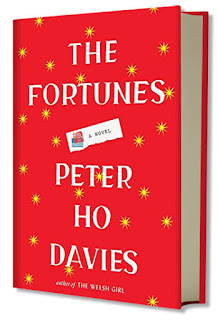 In my imagination, Ling grapples with the equivocal burden of representation, he’s one who stands for many, a role thrust upon him that is at once inevitable, arbitrary, and impossible.

He wrestles with that burden and makes his own peace – of sorts with it – but he did so after about 100 pages, which meant the whole book couldn’t be about him (much as I tried for a year or so to coax more narrative out of him).

But that issue of representation lead me to my other figures – Anna May Wong, the first Chinese-American movie star, and Vincent Chin, victim of a hate crime that galvanized the Asian American political movement in the 1980s.

I knew of both of them before hand, of course - they’re iconic figures for Chinese Americans - so setting their stories alongside Ling’s felt very natural.

The last section is contemporary – I wanted to bring the story up to date – and concerns adoption from China and again seemed a natural choice (not least because I’m godfather to a Chinese adoptee).

The arrival of adopted Chinese babies – nearly all girls – seemed to bookend the arrival 150 years earlier of mostly Chinese men – a so-called “bachelor society” – to work in the gold fields and on the railroad. 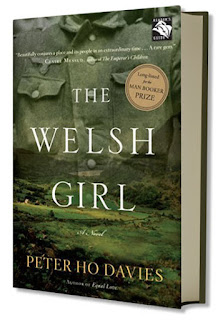 Finally, though, I settled for my protagonist of the final section on a mixed race, Chinese-American, writer – someone whose life bears some resemblance to my own – because I wanted to own the idea that the anxieties of representation that beset figures like Anna May Won or Ah Ling are ones that I, and other writers, especially writers of color, share.

Q: What kind of research did you need to do to recreate the historical sections of the book?

A: A lot of the research was reading, and visiting museums, but I did travel the route of the Transcontinental over the Sierras several times, both by train and car to get a feel for the landscape.

In particular, I visited the now-disused tunnels carved through the mountains by the Chinese which are remarkable, and eerie, testaments to their labors.

For the more contemporary sections, I also travelled – to Detroit to visit some of the locations of the Vincent Chin case, and to China to trace the footsteps of my last character.

Q: The theme of identity runs through all four parts of the novel. Why did you decide to explore that? 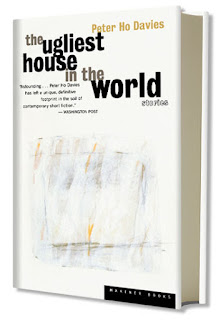 A: As with most writerly obsessions, I’m not sure it’s a matter of choice! The question of identity is one that I’ve been engaging in some form or other for 20 years now in my writing (and longer in my life).

My last novel, The Welsh Girl, was very much motivated by my interest in the Welsh side of my heritage (my father’s side) and The Fortunes, while a very different book, also feels like a logical continuation, an examination of my Chinese heritage (from my mother’s side).

It’s interesting to me, though, that the question of identity comes up more in the context of this book. It is arguably more central thematically, but the focus may also be because we tend – in our political discourse, most obviously - to equate identity and race.

For me – as someone of mixed race – the identity of my white characters is also very much a focus.

A: The book went through a variety of titles, and still contains many in the form of assorted section titles. I finally settled on “The Fortunes” for a variety of reasons. It speaks to the multiple narratives in the book, but also to the interplay of luck and fate that shape them. 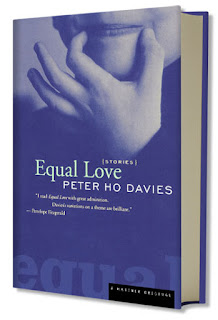 A: It’s hard to talk about new work, especially in its early stages, so I’m going to take the fifth on this one! My son – 12 now – has been nagging me to write a book for him.

The Fortunes is for him in a sense – dedicated to him – but he means something he’d enjoy, which right now would be some YA post-apocalyptic trilogy. I’ve promised him a zombie novel, but I’ve not got much beyond a killer first line (“The dead were getting quicker”!) and don’t expect to.

The truth is I’m such a slow writer that by the time I finish it my son will be onto something else anyway (maybe, even The Fortunes)!

A: A question that often arises is whether the book is a novel or a collection of novellas. I think it can be read as both, and I rather like that.

The novel’s interest in Chinese American identity, after all, is partly an assertion that it’s neither Chinese nor American, but both, or maybe a third hybrid identity.

Analogously, I like to think the book’s form is neither novel nor novellas, but maybe both and it’s figures neither factual (whether historical or autobiographical) nor fictional, but both.

--Interview with Deborah Kalb. For an earlier Q&A with Peter Ho Davies, please click here.
Posted by Deborah Kalb at 8:29 AM