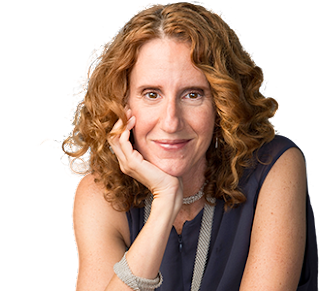 Gayle Forman is the author of the new novel Leave Me. Her other books include the young adult novels I Was Here and Just One Day. Her work has appeared in a variety of publications, including Seventeen and Cosmopolitan. She lives in Brooklyn.

Q: How did you come up with the idea for Leave Me, and for your main character, Maribeth?

A: Several years ago I was on a family vacation when I started having chest pains. This was frightening for a number of reasons—my mother had her first bypass surgery at 48 in spite of having no visible risk factors or symptoms—but also because I had two young children. 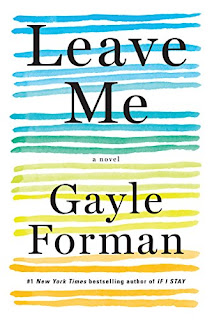 It came out years later, this time with Maribeth. I had some things to say about parenthood and the assumption we still have that mothers are the default parent and should martyr themselves for their families and sacrifice themselves. I wanted to look at what happens when a mother rejects these ideas.

Q: Why did you decide to include the issue of adoption as one of the book's main themes?

A: My younger daughter is adopted. By the time I started writing again I’d begun to see what a tender spot the question of her mother—more specifically: why did she give me up?—was for her, and for most adoptees I met.

When Maribeth came to me, I knew she was adopted but I only realized why I’d made that decision until I was deep in the draft. So many people have “abandoned” her, and when her life almost does, all of the things she has kept buried (because who has time to deal with that?) come to the surface. 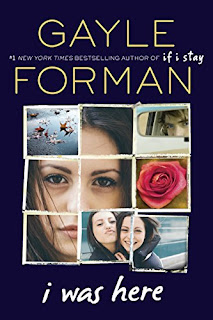 A: When I started it years ago, I wasn’t really thinking about the end, so much as the beginning: Mom has heart attack, bypass surgery, family can’t stop leaning on her so she runs away.

When it came back to me, I had a sense of how it would end but there were lots of surprises, and many, many changes in the drafting.

Which is typical. You don’t know your characters so well in the beginning, and just as you get to know people in life through a series of interactions and conversations, so too with characters and novels.

A: My brilliant editor Amy Gash came up with the title. My original title was Bypass, and it sort of worked but not really, and not until you’d read the book. 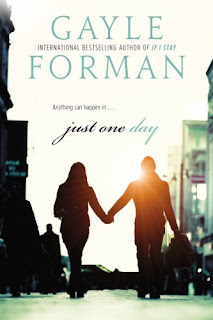 I love Leave Me because it seems to leave a word out that readers can fill in. Leave me alone. Leave me be. Don’t leave me. All of these are resonant for Maribeth (and me).

A: A young-adult novel, an ambitious one I’ve been trying to write for years. It’s unlike anything I’ve done before.

A: Hmmm. Not sure if you want to link but I’ve written a lot about my feelings about default parents, and the decision for my husband to become the default parent of ours.

--Interview with Deborah Kalb. Gayle Forman is participating in The Lessans Family Annual Book Festival at the Bender JCC of Greater Washington, which runs from Nov. 3-13, 2016.
Posted by Deborah Kalb at 5:53 AM