Anna Claybourne is the author of many books for children, including Sharks: Predators of the Sea, Where's Will?, and 100 Most Destructive Natural Disasters. She is based in Edinburgh, Scotland.

Q: One of your newest books is Sharks: Predators of the Sea. Why do you think so many people are fascinated by sharks, and what are some of the most common perceptions and misperceptions about them?

A: Sharks are like dinosaurs and mythical monsters - it’s the idea of something so big and powerful that might eat you that is thrilling and interesting. Knowledge is power and knowing about them makes children feel they have a handle on them while still feeling the excitement.

Of course, though, sharks have been cast as “baddies” and have a bad rep, when they are actually just predators that need to eat, like any other, from a praying mantis to a wolf.

However, I think the message is now quite widespread that sharks are not as dangerous to us as many other animals, we are much more dangerous to them, and most of them don’t harm humans. Attempts to banish or cull sharks in some tourist areas have resulted in protests from people who want to defend the sharks’ right to their home.

So people do understand and appreciate sharks better than they used to. 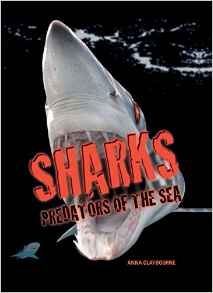 Q: Many of your books deal with scientific topics. How did you end up writing about science for kids, and what are some of the subjects that your readers seem most interested in?

A: Well, as a small child (6 or 7 - like my own daughter is now) I wanted to be a scientist or a doctor, and was really into those topics.

I would have headed straight for a science career, but sadly as a teenager I became very squeamish and had to drop biology. I ended up going the arts route instead and doing an English literature degree.

But my love of science was always there and when I got my first job at Usborne Publishing, I was always keen to do the books about wildlife, technology and so on.

It’s been one of my main specialist areas ever since and I’ve learned a lot about science – but the English degree has also been really useful in developing writing skills.

Q: You also write about Shakespeare. What are some of the approaches you use to bring his work to younger readers?

A: Yes, this is where my degree from Oxford, which required me to read every single Shakespeare play in full, has been really useful! I love Shakespeare and I think he has such great stories and characters. 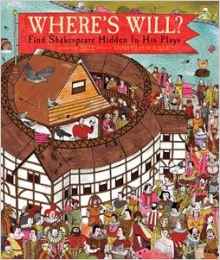 I think the reason they work so well still is that they are really about people, types of people, human behavior, and strong emotions – like Macbeth’s desperation for success, Malvolio’s stuck-up silliness, Richard III’s resentment, Lady Macbeth’s guilty conscience, Hermione’s pain at losing her children, Hamlet’s outrage at coming second to his mother’s new husband.

Everyone can relate to those kinds of things and has first or second-hand experience of them. So that’s what I try to focus on in retellings and explanations - the human feelings. In a modern retelling you can express those ideas in modern language and make them totally accessible.

At the same time, some of the exotic settings and scenes, like the witches with their cauldron, the magic island in The Tempest, the fairy forest in A Midsummer Night’s Dream, the freezing cold battlements at night in Hamlet – are very atmospheric and filmic and it’s good to conjure them up with descriptions and help the reader to feel them.

When doing school or festival sessions about Shakespeare, I encourage the audience to think about staging the plays, and what they would do with set design, lighting and costume to make it all come to life. 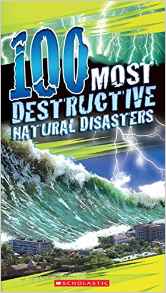 Q: How many books are you generally working on at one given time?

A: Ooh, it varies. Right now in total I am actually doing writing work for four or five books, and if you include books that are at other stages planning and prep, revisions, design, checking and proofing) then there are around 15.

But that’s because though a book may be short and so only take a few weeks or even less to write, the whole process is long and involves a lot of stages. I’m not always needed (for example during design) so I have to schedule the books to overlap and fill all the gaps.

A: I actually have to sign contracts that say I’m not allowed to discuss specific projects I’m working on! - but to be vague, I can tell you I am doing books on space, rocks, travel, animals, and the human body (I’m pretty much always doing something human-body-related as that’s probably my main speciality).

A: I love science and Shakespeare, but I’m increasingly passionate about art and design, and I’d love to write more about those too.  I have so little time to spend on it but I have a big pile of art and craft books and materials. I just love making things… books and everything else!

Also, I’m a Luddite and never read e-books and don’t have an e-reader. I like real books! I’m moving house right now and I just packed up 30 big boxes of books… and I haven’t finished yet...