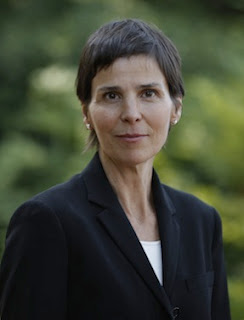 Miriam Horn is the author of the new book Rancher, Farmer, Fisherman: Conservation Heroes of the American Heartland. She also has written Earth: The Sequel and Rebels in White Gloves. She works for the Environmental Defense Fund, and has worked for the U.S. Forest Service and for U.S. News & World Report, The New York Times, and other publications. She lives in New York City.

Q: Your new book focuses on five different people. How did you pick them, and what do they have in common?

A: I had an idea for a book that would look at unsung heroes who are producing food at industrial scale, living in conservative regions of the country. I threw out a wide net, and got to know the candidates.

I spent time as a kid on a farm in California. In my 20s I worked for the Forest Service, and met people in logging and ranching. I work at the Environmental Defense Fund and have for 12 years. It’s unusual in seeking out partners in worlds a lot of environmentalists don’t see potential partners in.

My most important search engine was my colleagues at EDF. I ended up with dozens of possible stories. I was thinking about a coherent [story].

Many of them lived in the middle of the country, and it could be a journey of sorts, an opportunity to look at different ecosystems, the challenges the mountain ecosystems and high plains were facing, large-scale crop producers.

Then there was the storyteller’s instinct—who had the richest story, voice, and face—it’s also being made into a movie. They are people who bring different dimensions to it. 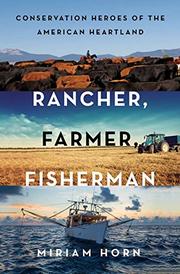 Once I settled on a journey down the Mississippi, then it pretty much zoomed me in on who the five should be.

What they have in common—they are all quite traditional in their values. They’re family people, they have a strong sense of family heritage and responsibility to generations before and involvement in their children’s lives and what they would pass on.

They are all making use of natural resources, and are aware of how much their livelihoods depend on those resources. They are all innovative in using the resources in ways that renew them.

They have a great deal of courage. It requires putting their livelihood on the line. I work for an environmental group, but I’m not risking my paycheck.

They are taking the biggest risks to meet these challenges; they are on the front lines. They’re vulnerable to weather, forces of nature; they’re feeling things the rest of us are sheltered from, and they bring a depth of knowledge and love that’s pretty much unmatched.

Q: Your subtitle describes them as “conservation heroes,” but you’ve said they’re better referred to as “stewards” than “environmentalists.” Why is that? 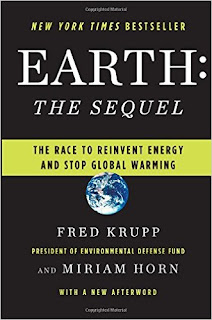 A: Deference to them. Another thing they have in common is keeping democracy working, keeping conversations alive among people who might have different views on the political spectrum.

One way to keep the conversation going is avoiding hot-button language, and focus on the 80 percent that unites you. The word “environmentalist” unfortunately has become so freighted with the connotation of liberal elitism, Al Gore, love of big government. It brings so much baggage they tend to steer clear of it.

Q: You’ve noted that you wrote the book to challenge certain myths. What are those myths, and how do these people’s stories challenge them?

A: There are some myths at both ends of the spectrum—that the only people who care about conservation are liberal elitists on the coasts. That’s a myth pushed for the last 10-20 years…

People are feeling the changes in their world and understanding their families and communities don’t survive without [change]. The Kansas farmer—[his family]…depleted the fertility in the soil. He understood if you want your children and their children to be able to farm…it all required taking care of the microbes in the soil.

The idea that conservation, environmentalism, is a fad…that puts nature above people--that misses the essence of the story.

At the other end, there’s pushing back against the myth…that the only way to be sustainable is to be small, organic, and serve local markets, none of which is true. 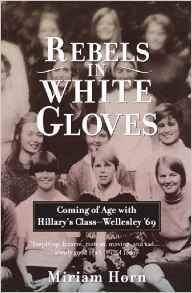 The farmer [in the book does not fit that]. Because of the practices he uses, he’s seeing the restoration of his soil health. Big or small, organic or not, those don’t actually tell much about what’s going on.

Q: As you mentioned, these people live either along the Mississippi or in nearby states. Are there similar stories elsewhere in the country?

A: It’s a big part of the country, 40 percent. The Mississippi watershed is where most of the big commodity crops are grown. It’s also where a lot of our minerals are, timber, fish. It’s a big piece of the country I was able to embrace.

Part of the reason I chose it, places like California, Oregon, Washington, New England are what people more conventionally think of as [locations featuring] sustainable farming. I wanted to go where people don’t expect it.

Fishing reform stories are replicated in most of U.S. waters, and have allowed species to come back. These stories are happening all over.

One of the principles they adhere to—being a responsible steward is being responsive to the place you are. There’s no formula. My farmer farms in a way that’s the best he can do on his parcel. It requires close attention and a willingness to keep changing. That’s what sets him apart as a hero.

A: This book still has me in its clutches! I’m traveling with it—going to New Orleans, going to California for the second time, to Austin, Texas. It’s also being made into a film. The Discovery Channel has a new brand, Impact, looking at environmental challenges. I’m also involved in that.

Q: When will it be shown?

A: The goal is to have it be in festivals this winter, and then in limited release, and air next summer.

One of the pleasures of doing the book was going to beautiful places and doing work. The film is suited to capture that beauty. Watching someone shoe a horse, or push barges on the Mississippi—it was great to see up close.

A: There are five subjects, the rancher protecting a half million acres, the farmer, the fisherman. The other two—one is a CEO of a barge company that navigates the Mississippi. He represents understanding the economic and business implications of getting on top of these issues. His company is at risk because of [environmental] changes, and he stepped up.

And another subject, a woman named Sandy Nguyen, is a Vietnamese refugee involved in trying to restore the Louisiana coast. She’s an advocate for the refugee community of shrimpers and crabbers in the Louisiana bayou. As the wetlands disappear, their livelihoods go with them.

These are people coming from different starting points, but they’re bringing an understanding of human [activity] in keeping their worlds intact.