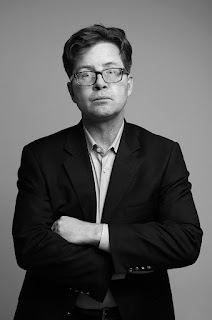 Christopher Goscha is the author of the new book Vietnam: A New History. His other work includes Vietnam: Un etat ne de la guerre and Thailand and the Southeast Asian Networks of the Vietnamese Revolution. He is an associate professor of history at the Université du Québec à Montréal.

Q: You write that "the United States was hardly the first 'great power' to send their warships into the waters off Vietnam's coastline." How do you see the U.S./Vietnam War fitting into Vietnamese history overall?

A: Because of its overland connections to Southeast Asia and its maritime opening to the Pacific and Indian Oceans, Vietnam has always tempted bigger powers to intervene.

The Chinese empire ruled northern Vietnam for almost a thousand years beginning around the first century BCE. As the Chinese empire’s southern most province, Vietnam served as a gateway for China’s trade with Indian Ocean markets extending to India and the Middle East.

The Vietnamese secured their independence in 939, but briefly lost it again to the Chinese in the early 15th century as the Ming dynasty recolonized Vietnam as part of a wider expansion that sent Chinese armadas across the Indian Ocean as far as Africa and the Red Sea.

The Vietnamese regained their independence and then pushed their own empire southwards to benefit from trade with the Indian Ocean world.

Following the Chinese naval withdrawal in 1433, a new set of European imperial powers soon expanded into the region via the Pacific and Indian Oceans. These Western empires adopted increasingly aggressive policies towards Asia in the 19th century when the French colonized Vietnam and the British confiscated Singapore, Burma, and Malaya.

Meanwhile, the Americans crossed the Pacific Ocean to take the Philippines from the Spanish while the Japanese focused their colonial attention on Korea and Taiwan. The Americans were part of a larger Euro-American and Japanese colonial assault on Asia. 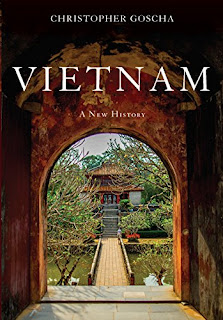 The French were aware of the strategic importance of their Vietnamese colony in this wider imperial competition. In the early 20th century, they finished building the deep-water port of Cam Ranh Bay, located off the southeastern coast of Vietnam.

Russian warships dispatched from the Baltic to stop Japanese colonial expansion into China and Korea gathered there before being defeated by the Japanese in 1905.

Following the Japanese invasion of China in 1937, President Franklin Roosevelt closely followed Japanese movements down the Chinese coastline and imposed an embargo on Tokyo as Japanese imperial troops started occupying Vietnam in 1940.

His fears of a wider Japanese thrust into the Indian Ocean via Vietnam were well founded. In early 1942, having attacked Pearl Harbor and occupied all of Vietnam, the Japanese then concentrated their ships in Cam Ranh Bay before attacking Southeast Asia and striking as far as the Andaman and Nicobar Islands.

Created in 1942, the American 7th Fleet helped roll back the Japanese empire during World War II and remained to protect America’s postwar control of the Pacific and Indian Oceans to this day.

Following the Chinese communist victory in 1949, American presidents of all political colors (Truman, Eisenhower, Kennedy and Johnson) were convinced that if Vietnam fell to the communists, it would allow the Soviets and the Chinese to march across the region much as the Japanese had done before them.

Despite their disdain for French colonial rule, from 1950 (as the Korean War got underway just to the north), the Americans increased support of the French in Vietnam in a bid to contain the spread of communism. The 7th Fleet first called on Vietnam in 1950 to reassure the French of American backing.

When the French withdrew from their war with Ho Chi Minh and agreed to divide Vietnam, like Korea, into a communist north led by Ho and a non-communist South, the Americans accepted but switched their support to an anticommunist Vietnamese leader for the South named Ngo Dinh Diem.

As long as this man did not undermine America’s wider strategic goal of containing Eurasian communism, things could continue as they had with the French.

But they didn’t and when Diem’s draconian policies in the countryside (land reform, strategic hamlets, repression) seemed to play into the communist hands the Americans supported his overthrow in 1963.

However, when stability still remained elusive, Johnson decided to intervene directly in 1965 by sending ground troops while the US navy stationed the bulk of its forces in Cam Ranh Bay.

Ironically, the American withdrawal from the country in April 1975 in no way diminished its geopolitical importance to a new set of ‘great powers’ competing with each for influence in the communist world – the Soviets and the Chinese.

Having broken ideologically and violently with the Soviets by the late 1960s, the Chinese worried that their communist brethren in Hanoi would join the Soviets to help encircle them from the south (the Soviet army invaded Afghanistan in 1979). 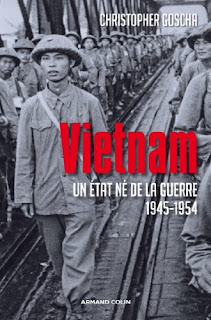 The Chinese threw their weight behind the genocidal Khmer Rouge in Cambodia, whose leaders were virulently opposed to the Vietnamese, communist or not.

The Vietnamese turned to the Soviets, signed a security alliance in 1978, including the lease of Cam Ranh Bay to the Soviets, before overthrowing the Khmer Rouge later that year.

China’s leader, Deng Xiaoping, travelled to the United States to win over American support of a project to teach Vietnam a lesson. In early 1979, the Chinese sent troops into Vietnam in what was the first war among communists in world history.

Thanks to their access to Cam Ranh Bay, the Soviets projected their naval power deep into South East Asia for the first time ever.

The crumbling of the Soviet empire and its European satellites by 1991 profoundly changed the geopolitical calculus but not the strategic importance of Vietnam.

With the Soviets gone, the Chinese have for the first time since recalling their armadas in 1433 begun reasserting their influence into the Indian Ocean, taking, claiming, and even building islands as they dispatch their vessels across the seas.

Given that the war among Asian communists in the late 1970s put to rest any form of international communist bloc, Vietnamese communists have now entered negotiations with the Americans, Japanese, Europeans and anyone else who can help them deal with the resurgence of Chinese power.

The Americans agree. And this is why President Obama, like Presidents Clinton and Bush before him, travelled to Vietnam earlier this year. The Americans still ‘need’ Vietnam and the Vietnamese need them.

Vietnam is right in the middle of that zone where American control of the Indian Ocean dating from WWII bumps up against the Eurasian continent and a Chinese empire increasingly willing to challenge the American monopoly of the Asian waters.

Q: In the book, you write that "there has never been one Vietnam but several remarkably varied ones." What were some of the different permutations over the centuries?

If Euro-American colonizers went westwards from the 13 colonies and conquered lands extending to California, the Vietnamese went south, leaving the Red River to conquer the Cham in central Vietnam, the Khmers in the south, and a host of non-Vietnamese peoples in the surrounding highlands. Vietnam is as much a colonial creation as so many other nations in world history. 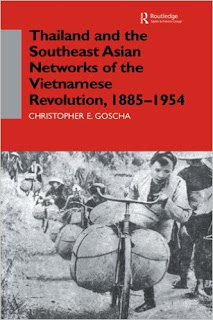 Like the United States, this colonial expansion also triggered civil wars and the creation of contesting Vietnamese states. Two Vietnams emerged following the Chinese withdrawal in the 15th century, one in the north ruled by the Trinh military family, the other expanding southwards under the leadership of the Nguyen lords.

By the 18th century, this southern family ruled a separate state. Civil war intensified from the 1770s when the Tay Son brothers marched out of the highlands and rode a wave of famine-driven hunger to power in the 1790s. It only lasted a few years before the Nguyen marched from the Mekong delta in the south to the defeat them in 1802.

This is why the S-like Vietnam that we see on the map today only dates from 1802, a product of Vietnamese colonial expansion and civil wars. Indeed, in the 1830s, the Vietnamese expanded their empire to include all of Cambodia and parts of Laos.

They returned to the S-like Vietnam in the 1840s, but the French would build their own Indochinese colonial state on the remnants of the pre-existing Vietnamese one.

Q: How would you describe the relationship between Vietnam and China?

A: I would refer back to my point 1. But I would add that Vietnam, like Korea and even Japan to some extent, is in a unique position in that it has been a part of and has always had to deal with this massive world empire the Chinese built since Han times in the third century BCE.

Like the Franks and Germans dealing with the Roman Empire at the same time on the other side of Eurasia, the Vietnamese borrowed all sorts of things from the Chinese – Confucian statecraft, Mahayana Buddhism, a character-based writing system, architecture, chopsticks and the like.

The difference, however, is that the Roman Empire crumbled in the 5th century CE whereas its Chinese counterpart is still with us. The Chinese empire was always able to reconstitute and even grow itself.

The Vietnamese (again like the Koreans) thus found themselves borrowing from the Chinese to build their own countries and cultures on the periphery of the Chinese empire while always having to make sure that the Chinese didn’t return to return them to that same imperial order.

This meant that the Vietnamese have always had to convince themselves that they were not Chinese despite their reliance on Chinese models and attempts to present themselves as the messengers of a superior Chinese-based civilization. It was a unique and difficult balancing act.

The French and the Germans, for example, never had to worry about the Romans coming back to crush them or to heap ridicule on their borrowings of Roman statecraft, myths, language, or claims to be the new Caesars in post-Roman Europe (Tsars, Czar, Kaiser).

Ironically, Vietnamese communists find themselves in a similar situation today. They have heavily borrowed Chinese communist models and methods including ones for tailoring capitalist economics to preserving communist rule.

But they do this despite the fact that the Chinese communists are now intent on pushing their empire far beyond its continental limits. This historical relationship with China is such that the Vietnamese continue to find themselves relying on Chinese models while opposing the Chinese empire at the same time.

Q: What do you see looking ahead for Vietnam?

A: At the international level, the Vietnamese government will do all it can to contain Chinese naval expansion into the Indian Ocean all the while being careful not to lean too far to any ‘great power’ side.

At the internal level, Vietnamese communists will follow the Chinese lead by trying to curb calls for greater political pluralism that could spin out of control and challenge the communist party’s right to run the country as a single-party state.

Again, as in the past, it’s a fine line to walk.

A: I’m trying to write a social history of Saigon during the French and American wars between 1945 and 1975.

A: I thank you sincerely for your interest in the book and Vietnamese history.