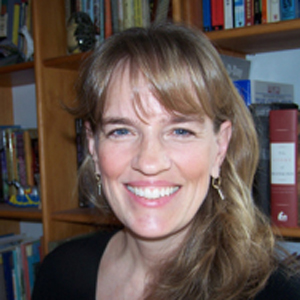 Leslie Connor is the author of the new middle grade novel for kids, All Rise for the Honorable Perry T. Cook. Her other books for kids include Crunch and Waiting for Normal. She lives in Connecticut.

Q: How did you come up with the idea for your new book, and for the idea of a boy growing up in a prison?

A: The little seed of an idea started with an article in The New York Times about a long-time inmate at Bedford Hills, which is a prison for women in New York state. It was a story of radicalism, violence, defiance, redemption, and surprisingly, excellence. 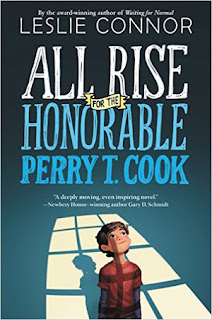 One very poignant part of the story was about how this woman had a young daughter on the outside and how she managed to be a good parent to her child from behind bars. That struggle gave me the child-centered part of the story.
Q: The book focuses on the idea of a home, and what a home can mean. What do you think readers might take away from the book?

A: I think it’s possible they will go away from this read with an expanded viewpoint on what makes a good home, and what a family is.

I hope there is a sense of comfort in the notion that we can surround ourselves in familial warmth in any situation; it is really about the people. 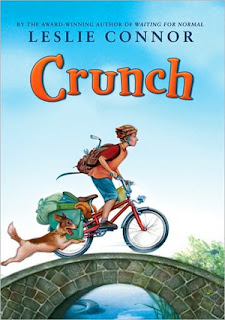 Q: Most of the book is told from Perry's perspective, but you also include some chapters from his mom's viewpoint. Why did you opt to include those chapters as well?

A: Using two viewpoints happened naturally. I didn’t think about it a lot before I found myself doing it. (I tend to go with what I hear in my ear.)

We needed to touch base with what was happening on the inside for this plot. I did keep Jessica Cook’s chapters short. I believe in my young audience; they are old enough to develop empathy for the adult characters. For this story, I felt that was particularly important. 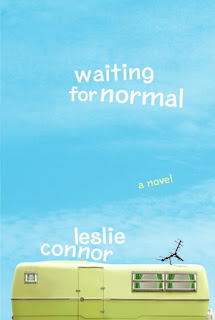 A: I had a pretty good idea, yes. I’m not an outliner, and I never know how I’m going to braid all the ends.

I worry about it all the way through a project--yikes! I think, okay, how big a mess have I made here? But I knew where I wanted to leave these characters off so my aim was clear. It takes a lot of faith to get to the end!

A: Oh, I am so excited! I just turned in another middle grade novel with another male protagonist. The story is about telling the truth, and it features the most earnest character I think I have ever written.
Q: Anything else we should know?

A: Hmm…how about this: My new main character in the story I just mentioned? He loves apples.