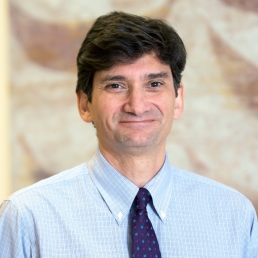 Jonathan Rabb is the author of the new novel Among the Living. His other novels include Rosa and The Second Son. In addition to his writing, he has been an actor. He is a writing professor at the Savannah College of Art and Design.

Q: You write, "The story of the Jews in Savannah is, to some degree, the story of Savannah itself." Why did you decide to write Among the Living, set in Savannah during the time following World War II?

A: I’ve always seen place as a character in my books. When I wrote about Germany between the wars (1919, 1927) I was drawn to the identity crisis – if you can call it that – that Berlin was experiencing at the time: would it become a bastion of socialism, Social Democracy, or something much darker?

We know which way it went but, at the time, Berlin was still figuring it out.

When my family and I moved to Savannah about eight years ago, I found something equally compelling in the city: Savannah has this wonderful dark uncertainty that bubbles just beneath the surface. I knew I wanted to tap into it. 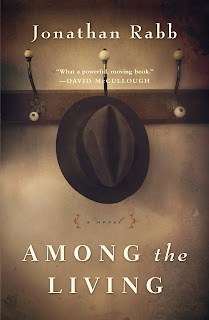 But, as a newcomer, I had to find a way in, so bringing a character who has survived the war – and who, as a Czech Jew, shares my background – made sense. As he figured out southern Jewry, so would I. And then I dove in.

Q: You write from several characters' perspectives. Were there some whom you felt more connected to than others?

A: I suppose in retrospect I’ll always feel the greatest affinity for Yitzhak (Ike) simply because he was the one who allowed me to enter the world.

But – and maybe this is my performing background – I find myself inside of each character as I write each scene. In the end, it comes down to two simple questions: what does he/she want and what is standing in his/her way.

Of course, finding a voice that works for each – from a 50-year-old southern Jewish shoe salesman to a 25-year-old Black housekeeper – demands a “letting go,” but I can’t say I didn’t feel equally connected to all of them. 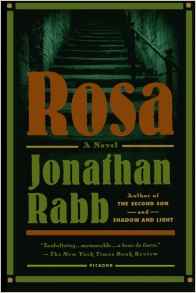 A: I’m terrible with titles. For the longest time, the book was simply called "Untitled Savannah Project." I then toyed with the idea of "In the Pockets of the Living" (which is a line from the book), but it was too involved, and might have sent the wrong message.

I mentioned that title to a very close friend of mine – another writer – and he said, why not just "Among the Living." And it clicked because that’s Yitzhak’s hope – to find his way back – throughout the book.

What cemented it was something my father found. I had been reading a lot of Primo Levi in order to understand Yitzhak. My father went looking through some of Levi’s work and discovered the phrase, “We said to each other things that are not said among the living,” and we all knew the title was right. In fact, that line from Levi is the epigraph of the book.

Q: How would you describe the divisions in Savannah's Jewish community, and do they persist today?

A: What astounds me about the Jewish community in Savannah today is how well we all get along. In fact, the Reform and Conservative go to the same Hebrew school, which says it all. 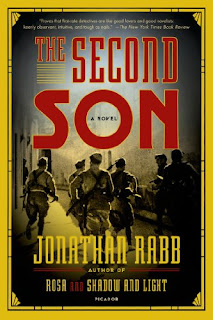 Back in 1947, the lines were drawn, and they were the classic German vs. eastern European, Reform vs. Conservative. It was geography, it was class….it was all the things that can persist even today. But not in Savannah.

Maybe having worked their way through it 50 years ago, they recognize how important it is to support each other. I just don’t know.

A: I can’t say too much about it but I’ve started researching and writing a book that’s a dual narrative.

One narrative takes place in Venice between 1606 and 1607 (during the Interdict), when Galileo was in the city experimenting with weights, Monteverdi was there and in Padua creating opera, and a monk named Paolo Sarpi (the least well known) was creating the doctrine of the separation of Church and State.

The second narrative takes place today, also in Venice, and has to do with an American geneticist looking for an obscure opera soprano.

A: I’ve got to save something to save for my talk…..

--Interview with Deborah Kalb. Jonathan Rabb will be participating in The Lessans Family Annual Book Festival, which takes place at the Bender JCC of Greater Washington from Nov. 3-13, 2016.