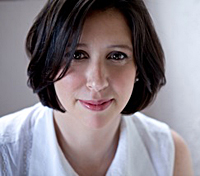 Naomi Schaefer Riley is the author of the new book The New Trail of Tears: How Washington Is Destroying American Indians. Her other books include Got Religion? and 'Til Faith Do Us Part. She is a columnist for the New York Post, and her work has appeared in a variety of publications, including The Wall Street Journal and The New York Times. She lives in the New York suburbs.

Q: You write that anger motivated your decision to write The New Trail of Tears. Can you say more about that, and do you feel the same degree of anger after having explored the issues you address in the book?

A: I don’t have a personal connection to Indian territories; I’m not, like some people, part Indian. I’m just an interested reader [looking at] the problems of poverty on reservations. It is infuriating. Indians have the highest rate of poverty, of suicide, higher rates of crime…

I am more angry after I wrote the book as when I started. Now I understand that the problems are not simply what went on 100, 200, 300 years ago, we as a nation screwed over the Indians—[but that] our policies in Washington continue to harm them.

Q: This leads into a quote from the book that I was going to ask you about. You write, “It’s not the history of forced assimilation, war, and mass murder that have left American Indians in a deplorable state; it’s the federal government’s policies today.” Why do you believe that, and what role do you think the history did play in today’s situation? 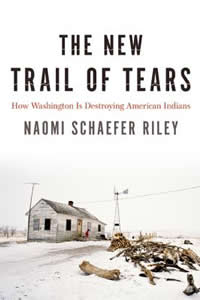 People may say, Is land ownership a big thing any more? But many Americans gained economic autonomy by using homes to get credit, and start businesses. If you own a tiny piece of land, you may want to sell it and earn a profit. Indians can’t do that. Any transaction, even if it’s between two Indians, has to be approved by the Bureau of Indian Affairs in Washington. The results are a lack of economic freedom that has resulted in crushing poverty.

Q: Do you think the government bureaucracy dealing with these issues has changed over the years? Do you see it improving at all or getting worse?

The line they will feed is that we need to devote more money and attention to the problem, we need to hire more people to manage it. They will come up with more rules to enforce. Seventy-five percent of the employees of the Bureau of Indian Affairs are Indians. This is not white man’s oppression; this is bureaucratic oppression. Imagine if your life was one long line at the DMV. 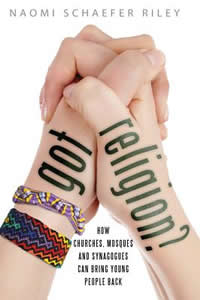 Q: So what do you see as the answer?

A: It’s very difficult. There are deep constitutional questions in terms of tribal sovereignty. The best place to start is in the realm of education. I talk in the book about the deep problems with the education system…

One problem you see, the same as in inner cities, is not enough choice. They are relegated to [inferior] schools. A few parochial schools are on the reservations, and they do better. Some states with the biggest Indian populations, for example, South Dakota, have no charter school laws. No one can open up alternatives.

Generation after generation have lived in isolating, impoverished experience—we need to expose them to [options]. It will change their ambitions and their own desire to create autonomy for their community.

Q: You say in the book that charter schools could be the “most promising alternatives for education reform in Indian communities.” What do you see looking ahead—will that happen?

A: I think so. But one of the other problems is that the tribal governments are opposed…You need to create a revolution on the ground among the parents, and say, here are the alternatives out there.

There is a Teach For America population on reservations; parents are becoming aware there is another world outside the reservations. You need to get them asking, Why can’t we have that too? 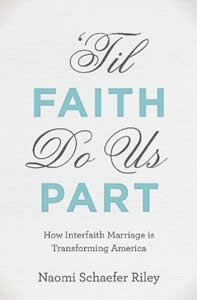 Q: You look at Native Americans in the United States and First Nations in Canada. How would you compare their situation regarding the issues you discuss in the book?

A: There are a lot of interesting comparisons. The tribes in Canada have more political power. There are more natives relative to the population, and they are concentrated in certain provinces. In British Columbia, they have a huge amount of political sway. They can affect policies in ways Native Americans here cannot.

As regards the legal system, the law regarding aboriginal people in Canada is constantly in flux. For me, the most interesting comparison is the First Nations Property Ownership Act that’s making its way through Parliament—they had enough of holding land in trust, and [this] would allow Indians to buy and sell land …the ownership changes hands, and they will be able to sell to non-Indians.

Washington bureaucrats ask, what if they sold the land to white people? Well, they would have more money in their pockets. In the U.S. and Canada, [people have] created a fantasy of the reservations as…utopias that keep people living the way they were 100 years ago, but it’s not what they want. We should not be determining that.

Q: So what is happening with the legislation in Canada?

A: It hasn’t passed yet. People seem confident. They have a pretty decent chance of success. It will be a great model for the U.S. It would show the same thing you’ve seen in countries around the world—when you have property rights and the rule of law, people can prosper.

A: I’m in the process. It’s on parenting and technology. I’m all over the place, but it’s fun to be able to follow my interests to where they lead.

A: In terms of what people can expect [from the book]—I spent time in a variety of Indian communities across the country. I tried not to quote from think tanks or Washington bureaucrats. I tried to find parents, teachers, who live and work on reservations, [to talk] about what they see as the needs.

It’s time to take the debate outside football team names and Elizabeth Warren to solutions that will help people. American Indians are Americans and deserve the same rights as the rest of us have.

--Interview with Deborah Kalb. For a previous Q&A with Naomi Schaefer Riley, please click here.
Posted by Deborah Kalb at 5:48 AM