Q&A with Madeline and Matthew Bailey 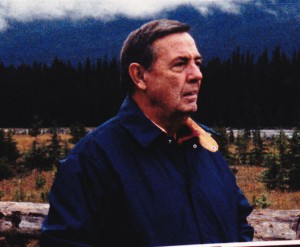 Madeline and Matthew Bailey are the children of the late Jack H. Bailey, whose novel Orchard has been posthumously published. It is a fictionalized version of the life of Harry Orchard, a controversial member of the Western Federation of Miners at the turn of the 20th century. Jack Bailey also wrote the novels The Number Two Man and The Icarus Complex. He died in 2010.

Q: How did your father come up with the idea for the novel Orchard?

A: Jack was interested in mining history because of his own background. His great-grandfather, Jack Layton, came from England as a crew member on a ship hoping to make his fortune in the United States gold country.

Harry Orchard was a well-known historical figure when Jack was growing up in the ‘30s in Idaho. Orchard was a key witness in the trial during which noted attorney Clarence Darrow defended union leaders Bill Haywood and George Pettibone, who were being prosecuted for the murder of the governor of the state of Idaho by the equally formidable attorney William Borah. It was considered "the Trial of the Century."

The trial was to Jack's recent past at that time as the O.J. Simpson trial is to our own recent past today.

Q: The novel includes both historical and fictional elements. What did he see as the right blend of the two? 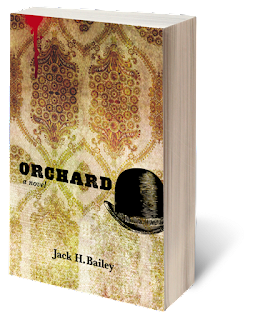 A: Excerpted from Jack's correspondence with his agent:

I think when any of us embarks on a novel which is driven by the deeds or misdeeds of a strong central character, we have to make a couple of decisions. One, what’s the blend of fact versus fiction and two, at what point in his life do we introduce that character? In researching Orchard, I read his autobiography, written in prison, along with other books written about him in the early twentieth century, by both admirers and detractors. I also did considerable research on Charles Siringo.


Since Orchard is fiction and written to capture the interest of the reader, I chose to set the story in a relatively brief time period which represented both the pinnacle and the nadir of Orchard’s career as a union terrorist. I also took great liberties regarding his interface with Siringo, but this is fiction.


Orchard had very humble beginnings. Born Albert Horsely in Canada, with seven siblings, he had only a third grade education. He married, had a child, and with his wife, owned a small cheese factory. While thus engaged, he indulged in a series of dishonest business practices involving both customer and supplier. He became infatuated with a married woman, burned down the cheese factory for the $700 insurance settlement, abandoned his wife and child and moved to Idaho, where he worked as a miner. It’s not clear what happened to the other woman, but who cares?

It was clear to me that Harry Orchard was a classic sociopath and was born that way. I didn’t want to taint, what I think is a rich story, by creating a vision in the readers’ mind of a philandering, dishonest cheese salesman.  So there you have it. 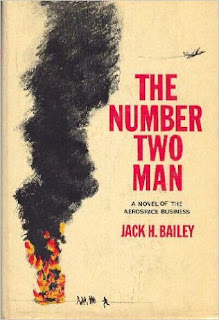 Q: What kind of research did he do to write this novel?

A: Jack read extensively about Harry Orchard, Charles Siringo and the Western Federation of Miners. Family vacations were spent visiting mining towns in the West and Northwest.

During a visit to the Wallace District Mining Museum in Idaho, Jack struck up a conversation with a woman working there who was likely the wife of a local miner. He inquired about Harry Orchard and even so many years after the "Trial of the Century" the woman answered in whispers.

Q: How did the novel end up being published posthumously?

A: Jack was a published author with a prominent New York literary agent. When Orchard was first making the rounds to publishers, period Westerns were out of fashion. Jack and the book received many glowing rejection notices. So the book was put aside while Jack worked on other projects including a screenplay of Orchard.

This piece is very special to Jack's family so we decided to publish it to preserve his work and make it available for the enjoyment of others.

A: Jack was a prolific writer throughout his life. Ideas would percolate for a while and when Jack would sit at his desk, the writing would come seemingly effortlessly, originally on yellow legal pads and then on his computer. 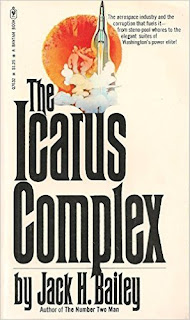 He began as a novelist, writing four. Two were published. A life-long car enthusiast, The Number Two Man and The Icarus Complex made enough money for Jack to buy a red Alfa Romeo with great brakes!

His first novel cost him his job in aerospace where he'd been in executive positions for 16 years. The book was fiction but some of the brass thought they recognized themselves in it. He always said he should have used a pen name...but no guts, no glory!

He talked sometimes about not being able to control his characters. When that happened, he'd shelve them and work on something else.

Jack wrote novels, screenplays, letters to the editor of his local newspaper and to politicians, and hilarious poems and homemade birthday cards for his family.

He was very involved in the Zoetrope on-line screenwriters' workshop. When criticism was constructive, he would edit and rewrite accordingly. Jack was very generous to other writers, providing suggestions and guidance with good humor.

Jack was a Nicholl Fellowship semifinalist four times and a quarterfinalist three times with five different screenplays. One thing he would remind himself about the Nicholl; it's open only to screenwriters who've never sold anything.

Jack was happily married to Wanda, his college sweetheart, for nearly 57 years before his death in 2010.