Gail Buckland is the author of the new book Who Shot Sports: A Photographic History, 1843 to the Present, a companion to an exhibition at the Brooklyn Museum. Her many other books of photographic history include Who Shot Rock & Roll and The Magic Image. She is Distinguished Visiting Professor, and was Olympus Visiting Professor of the History of Photography, at The Cooper Union in New York.

Q: How did you come up with the idea for Who Shot Sports?

A: I did a book on the history of rock and roll photography, which also accompanied an exhibition. It’s exhausting. I actually said [after that] with a smile on my face to a friend, This is the first time in my professional life I’m not working on a book—and he said, Sports! I said, I know nothing about sports!...

I attempt to do projects that will be a popular and critical success. It gives me pleasure to bring audiences into the museums who wouldn’t ordinarily come, and do books that are not catalogs, though they accompany an exhibition. I did it my way! I liked working with a highbrow publisher for lowbrow subjects… 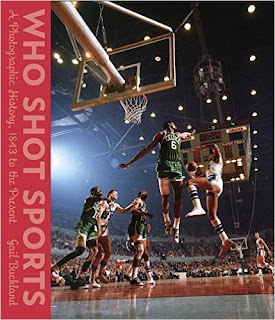 A: When photography was invented, the mid-19th century exposures were very slow. The last thing photographers were thinking about was the shutter...There’s a tale of Leland Stanford wagering that a horse had all four legs off the ground at one point; an artist had [portrayed] it incorrectly. Leland Stanford hired [photographer Eadweard] Muybridge to capture the horse in motion. He developed one of the earliest shutters…

The way I embrace sports photography is about capturing the body in motion. People don’t understand about early photographers—it’s a little like cooking. Everyone mixed their own formulas. With sports photographers, they would see what worked, and make faster lenses, and gradually figure it out.

They didn’t invent the Leica but were one of the first groups of photographers to say, This is the tool for us. It liberated them from big cameras and tripods. With the Olympics coming up, we’re all in awe of the camera angles. Even the GoPro is very adaptable to sports…

I had a Eureka moment. I wasn’t sure how to divide the book, and I was thinking in obvious ways. I realized I have to divide it [looking at] how photographers work—the vantage point. Where do they put the camera?

How do you make a picture composed and memorable? So much sports photography is disposable—it’s in a newspaper or a magazine, it’s chucked out. The schlock is mixed with the great pictures. My idea is, Let’s just show the great pictures! 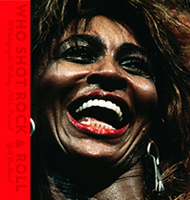 Q: So what are some of the qualities found in the best sports photography, and how did you select the photographs to include in this book?

A: I think the best sports photographers use the same criteria as the best photographers [of any subject]—for me, that means a type of lasting quality. It isn’t about who is in the picture, necessarily, but our awe and wonder at what humans can achieve.

Part of it is a celebration of achievement. That becomes tied up with an aesthetic. [Etienne-Jules] Marey, a French scientist who studied motion and birds in flight…said the ancient Greeks were able to depict athletes and movements in friezes, vases, and then for centuries people weren’t observing the body correctly until photography…

When I select pictures, there are incredible moments that make for a picture. It’s not the winning goal, but for me it’s those pictures that connect with us for those magical reasons we can’t always define.

Before I had an inkling of doing a sports book, my son-in-law and two grandchildren came into my kitchen, and said, Why do you have so and so [sports figure] on your wall? I said, I don’t know who that is, but the composition reminds me of a Renaissance painting! He said, That’s why you have it?

Part of it is what connects to me. I look at thousands and thousands [of pictures] and make the selections. I look again, and cut it down. This is my 14th book. I’ve been working on photography seriously since my early 20s, and I’m 68 now. You get better at it. A young person will react strongly to certain pictures, but will [those pictures] last 20 or 30 years?

Q: The book includes photographs from a wide variety of sports. Are there particular sports that lend themselves to excellent photography?

A: I had a hard time with cricket! I saw the film Concussion. My daughter says she won’t let her children play football. I am no fan of football, but before Astroturf the photographs were so picturesque—they’re covered in mud and charging like warriors. The composition is very powerful. 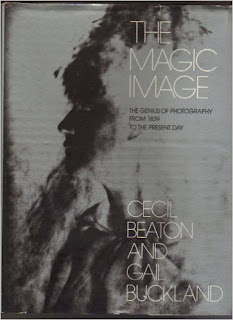 Soccer has wonderful balletic qualities. You think of Nureyev. Swimming is very elegant, and the diving! I tried to be as inclusive as I could. There’s rugby, soccer in Africa, traditional sports in Spain.

It’s hard work. The earliest photograph related to sports I could find was from 1843. Photography was announced to the world in 1839. You realize how early that picture is. The photo is great—[the subject] has such attitude. I looked through all the other photographs of this Mr. Laing [which have] a very traditional composition—dead as a doornail. Given a racket, he becomes animated. He becomes alive. It’s a wonderful foundation to sports photography—he’s conveying energy.

That’s something else in sports photography—the kind of energy communicated that’s infectious. It helps us understand why so many people love sports. It is tribal…I think people will be captivated by what’s there as opposed to what’s not there.

A: I babysat all day—I’m working on being a grandmother! I am a Distinguished Professor of the History of Photography [at The Cooper Union in New York]—I teach and I have a lot to do coming up for the opening of the exhibit.

I’m beginning to do interviews—there’s interest in a documentary based on the book. I’m looking forward to a summer without pressure! Last summer I was sitting at my desk for a minimum of [12] hours a day. I had this deadline…I was working on this for four years, very intensely.

People who have seen [the book], they feel there are so many people who would enjoy it!...In all my books, I try to sneak in my love for photography and extensive knowledge of the field…