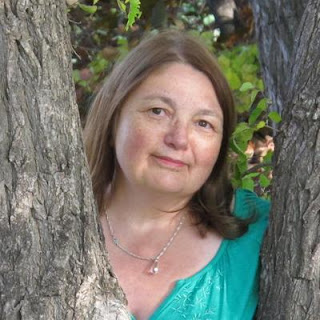 Judith Silverthorne is the author of the new young adult novel Convictions, which focuses on a group of women convicts being transported from England to Australia in 1842. Her many other books for children and adults include Honouring the Buffalo: A Plains Cree Legend and Ghosts of Government House. She is based in Regina, Saskatchewan.

Q: Convictions is your first young adult novel. Why did you decide to write a YA novel, and how did you happen to pick this particular topic?

A: I decided to stretch myself from my various other forms of writing, and when I heard about a New Zealand publisher looking for YA material with alternating chapters of male and female protagonists, I thought I’d give it a whirl.

I’d written a number of juvenile fiction books and was somewhat confined in vocabulary, concepts, and sub-plots. This gave me an opportunity to delve deeper into social conflicts – interactions – injustices – as well as try my hand at dual viewpoints and more depth into the human psyche.

The catch with this New Zealand-based publisher was that they wanted a topic that would appeal and be marketable to other English-speaking countries to broaden their market, this being Australia, the U.K., Canada, and the U.S.

I’ve always been fascinated by the convicts that were shipped to Australia, and I’d vaguely heard mention of a few women going as well. I wondered what it would be like for the women, and what their circumstances had been.

I did a little checking and was amazed to discover there were many all-female convict ships that sailed over the almost-100-year span of this particular type of heinous incarceration. I determined not much had been written on the topic. Then Jennie introduced herself and I dove right into the research, uncovering all kinds of surprising facts.

While the publisher didn’t pan out – they sold the company not long afterwards – I was firmly entrenched in following Jennie’s story.

Q: What type of research did you do to write the novel, and what did you see as the right balance between the fictional and the historical? 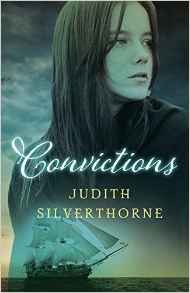 A: The research for this novel was far more extensive than I’d ever done before about a topic I didn’t know much about. I knew almost nothing about the British legal system, and even less about sailing tall ships, so I literally have to research every nuance for this story to be as realistic as possible.

This is the first novel I’ve written that was entirely set in the past, so there was no reprieve of writing what I’m familiar with while writing this novel.

I was fortunate in that I came across some great resources in the internet of surgeon’ diaries, ship logs, and other material recorded during the time I set my story. I was able to glean so much about the conditions and the daily routine on board the ship.

My story takes place in 1842, near the end of this method of dealing with all types of criminals and over-population. By this time, ships’ captains were meant to get as many prisoners alive to their destinations or forfeit their pay, so a little more care was taken, unlike the earlier years when they were paid to take the convicts on the voyage regardless of the individual outcome of numbers arriving and so many died from neglect, foul treatment, and torture before they reached their destination.

I also prefer to see things “first hand” and I went to Liverpool, where many ships embarked on their journey. I took a Mersey River cruise to get the lay of the land and the sense of how it must have been 150 years earlier leaving from the wharfs.

I visited jails, museums, archives, and even tried my hand at sailing on a tall ship, though not one anywhere near the size of those voyaging at the time. I studied sailing terms, and diagrams of ships, in an effort to make my story realistic, and chatted with sailors I met.

I used the actual accounts of convicts for each of the characters in my book, changing the names of course, but keeping as true to what I could glean as possible.

I know maybe not all of my details on the ship are accurate, especially when it hits a storm in my story, but hope I’m forgiven for some of this. 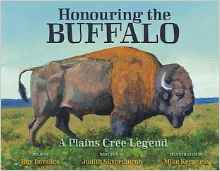 Often there simply wasn’t the kind of information available that I needed. Photographs or depictions of the ships and the times, particularly the interiors are sadly lacking. I pieced what I could together from the visuals and the written material to create the bowels of the ship on which Jennie ventures forth.

I became so immersed in the story and my research that sometimes finding a balance between reality and the fabrication of my story was incredibly blurred. It became amazingly real to me.

Q: Did you know how Convictions would end before you started writing, or did you make many changes as you went along?

A: No, I had no idea where Convictions would end before I started writing it. I rarely know with any of my books. When I first had this story in my head, Jennie was going to end up in the U.S. about one third of the way through the book and her story was going to continue there, alternating chapters with a male protagonist.

Before I knew what had happened Jennie’s character had taken over and she led me in a different direction. While I would have made her change course, if the NZ publisher had come through, when it didn’t, I let her lead me through her story in her own way. 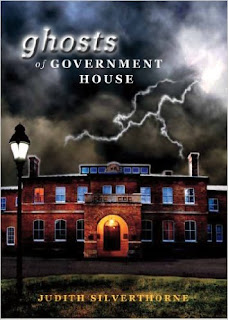 This meant doing way more research on sailing ships, ocean currents, storms, pirate and clipper ships, and the like, but it all felt right to me. The story flowed when I let her delve inside my head and I just went along for the voyage.

Q: You’ve written for various age groups. Does your writing process differ depending on your likely audience?

A: To a degree my process is different for each age group. Although I never write “down” to my audience, I am conscious of the need to be somewhat aware of word usage and concepts for an intended younger audience.

I think about whether or not the stories might be studied in classrooms, which several of mine are, and if some adjustments might need to be made to keep them acceptable (within reason).

I always make sure I’m as accurate as I can be in any subject I write about, and I talk with experts in the particular fields. This is important to me, and sometimes I get hung up about wanting something or a character to be a certain way, but marketability prevails and I keep things tempered.

A YA novel gives one more scope for delving into tougher and more controversial subjects at a level that can’t be used in juvenile fiction or picture books.

I still mull a story over for a while to see how it feels, do a little research on what’s been done on this particular topic or area, consider what angle might sell, and then mull it over some more. I rarely know the whole story before I start writing, and I certainly don’t plot it out beforehand.

Initial research is always required for anything I write, and I’d be lost without the internet or a library to point me in the right direction.

Research is a continuing process throughout my writing, including in selecting the appropriate word choice, punctuation, dialogue, or description, besides all the details in a particular scene. I want to experience as much as possible, take photographs, have tactile props, and immerse myself in whatever I do, regardless of what I write.

A: I’m just about to start writing, or to start working again, on an adult historical novel that I’ve had on the back burner for a dozen years. I’ve just finished a sequel to a children’s novel, and hopefully it will be published next year.

Although I have many other projects I’d like to do, the adult novel has finally made it to the top of the priority list. I’m determined to have a very rough draft of at least half of it by the end of this summer.

So many of my novels have some sort of time shift to the past, whether into the world of dinosaurs, the early days of pioneers, or ghostly encounters.

While Convictions was entirely set in the past, my adult novel, which I tentatively call Tapestry, is a different approach to time shift. It features a parallel story of characters in the present juxtaposed with characters in a past life, taking place at the time of the British Civil War (1640s).

I’ve had incredible luck with research and being part of several re-enactment events in Britain. I have mounds of research material, photographs, transcripts of speaking with all kinds of experts, etc. Its complexity is daunting, but exciting at the same time!

A: I have a million ideas and several other projects on the go. My picture book, Honouring the Buffalo: A Plains Cree Legend, written in English and Cree, has been incredibly successful, winning two international awards and many accolades, including more award nominations, and it was recently translated into French.

I’d like to follow it up with another picture book featuring Cree legends and have several ideas on this. In the meantime though, I’m contemplating a “companion” colouring and activity book for Honouring the Buffalo, and am investigating this possibility.

I have another ghost story juvenile novel started, but it’s slipping farther down the priority list, as is a sci-fi novel I started years ago. For now, I’m incredibly busy doing readings and presentations of my two newest books, and happily looking forward to writing Tapestry.