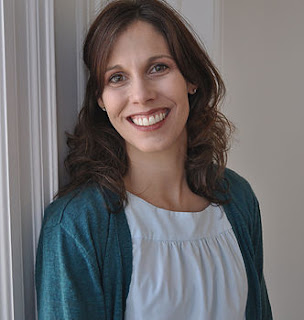 Laura Marx Fitzgerald is the author of The Gallery, a new art mystery for kids. She also has written Under the Egg. She lives in Montclair, New Jersey.

Q: How did you come up with the idea for The Gallery and for your main character, Martha?

A: The idea for The Gallery came from a trip to one of my favorite museums, the Isabella Stewart Gardner Museum in Boston. Not only is it a fabulous collection, Mrs. Gardner was a fascinating character.

She planned the museum down to the placement of every artwork and left direction in her will that the collection be liquidated should a single painting be moved. Why? My author brain immediately went to a place of hidden messages that could only be read in a certain order . . .

Martha, on the other hand, was inspired by a diary written by my husband's great-aunt, Anne Cope, who immigrated from Ireland in the 1920s. She started the diary as a young teenager and kept it until she died. I was so tickled by her irreverent voice and youthful hijinks. She became the model for Martha. 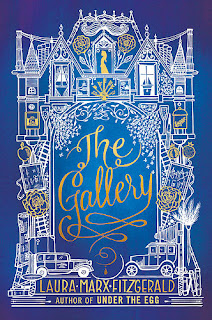 Q: You have a background in art history. What role do you see art playing in the novel?

A: I have a master's degree in art history, and I found the entire enterprise--largely, the study of fine details and minutiae--deathly boring.

But after I left school, I started visiting museums again, and I fell in love with art again. More accurately, I fell in love with the stories in art: the myths and legends and people depicted, the inspiration of the artist, the journey the work took from completion to museum wall. These are the stories that interest me and that inspire my books.

Q: What kind of research did you do to write the book, and what surprised you most in the course of your research?

A: Because the book took place in 1928, I poked around old newspapers of the time to see what was going on.

One thing really captured my attention: the presidential election. In particular -- a conservative candidate with an anti-immigration stance up against a liberal New Yorker. Media outlets that whipped up this anti-immigrant fervor. Plenty of rhetoric around "family values" and what it meant to be a "real" American. I included all these points in the book, not realizing how prescient it would be...

Q: Do you know how your novels will end before you start writing, or did you make many changes along the way? 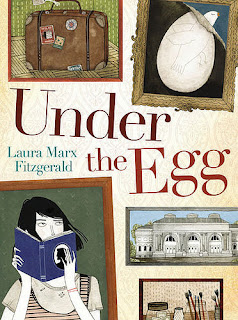 A: Both! With a mystery, you must know the ending before you can begin. I am obsessive about the pacing and placement of clues, trying to construct a path to the reveal so that the reader feels surprised at the end -- but also feels that it all makes perfect sense.

That said, there were plenty of changes in between: characters added then subtracted, scenes that got cut, even paintings that got swapped out for others.

A: I'm taking a break with a couple of picture books I've been dying to write. Then I'm hoping to dive back into another couple of art mysteries I have rattling around in my head.

A: All the clues to the mystery are in the cover art! But you didn't hear it from me…