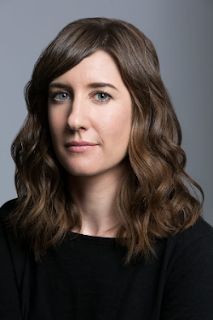 Lindsay Hatton is the author of the new novel Monterey Bay. She lives in Cambridge, Massachusetts.

Q: Why did you choose the Monterey Bay Aquarium—a place where you worked as a high school student--as one of the focal points of your novel?

A: Like many other people, I think the Monterey Bay Aquarium is magic. But to me, it’s a darkish magic. Many of my most formative and dramatic adolescent moments took place there, so in terms of creative fuel, it’s a very rich setting for me.

Q: Why did you decide to include actual historic figures in the novel, and what do you see as the right balance between the fictional and the historical?

A: I feel like it’s impossible to write about Cannery Row without mentioning Steinbeck. At first, he was a very peripheral character in my book but then, the more I researched him (and I did A LOT of research), the more I realized he’d be an amazing foil for Margot, the novel’s protagonist.

The same is true of Ed Ricketts. His real-life exploits and predilections meshed beautifully with the coming-of-age story I wanted to tell, so I ran with it.

As far as the balance between fictional and historical, that’s definitely a matter of personal taste, isn’t it? I love it when authors take liberties with the “facts.” To me, that’s what exciting novels are all about.

Take E.L. Doctorow’s Ragtime, for instance. He manages to believably evoke a bygone era, but he also lets his imagination go wild. I think this approach is so much more provocative and compelling than just playing it straight, so to speak. 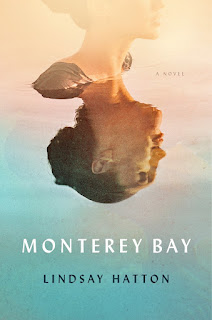 There’s also the question of the lie that tells the truth. For me, my invented story of the aquarium’s founding is more emotionally “true” than the real story. This might disappoint readers who come to the book looking for a history lesson, but that’s a chance I’m willing to take.

Q: Did you know how the novel would end before you started writing it, or did you make many changes as you wrote?

A: The ending, like the rest of the novel, went through countless iterations. I knew I wanted to finish on a strong, memorable, pseudo-symbolic image that would give the novel a sense of resolution but also a subtle shift in tone, but I wasn’t sure what that image was for a very long time. The day I finally figured it out was an extremely satisfying one!

Q: How did you create your character Margot, whom you present in alternating chapters as a teenager and as an older woman?

A: Margot began as a true product of my imagination. She appeared to me one day almost fully formed, resplendent in her lust and anger and ambition.

Along the way, I discovered several historical figures who kind of “confirmed” the direction in which I was taking her. One of these figures was Carol Steinbeck, John Steinbeck’s first wife, who, like Margot, was a forcefully opinionated person and a talented artist.

I was also inspired by Julia Platt, who was the mayor of Pacific Grove, California, in 1931, when she was 74 years old. Platt was a real pistol and a devoted environmentalist. I think Margot and [Platt] would have gotten along splendidly.

Steinbeck presents a very two-dimensional, wholly evil version of this woman. It made me wonder what would happen if she was rounded out and given a soul. Would she turn out to be someone like Margot? Someone who is difficult by any measure, but also smart and sensitive and accomplished and interesting?

A: I’m a little superstitious about discussing projects that are still in process. Let’s just say I’m working on a new novel that’s set on Wall Street: another famous, and personally evocative, landscape

A: The versions of Monterey, Steinbeck and the aquarium that I write about in Monterey Bay might not be what readers expect. But I think that’s a good thing.