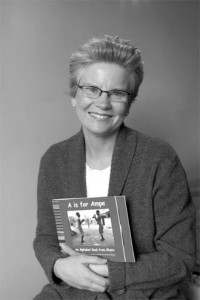 Kathy Knowles is the author of the children's picture book Nana and Me, a winner of the 2016 Children's Africana Book Awards. Her other books include Open and Closed and Maria's Wish. She is the director of the Osu Children's Library Fund, a nonprofit that works to build community libraries in Accra, Ghana, and other parts of Africa. She is based in Winnipeg.

Q: How did you come to write Nana and Me, and how was the Osu Children's Library Fund created?

A: Every summer one of our libraries in Accra, Ghana, holds a month-long reading camp. There usually is a focus, and in 2014 it was “Grandmothers.” 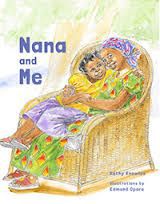 The children also read from their stories written in English, and staff members translated them to local languages as most of the grandmothers did not understand English.

Two other libraries held Grandmothers’ Day celebrations including one in the fishing village of Goi where 93 grandmothers came for the celebration.

I read all their stories and noticed themes that carried over from one to another. It was then that I realized I had enough material to write a story.

Please see our website for details of the Osu Children’s Library Fund’s history.

Q: The book is based on 100 children's reflections about their grandmothers. How did you select the material to include? 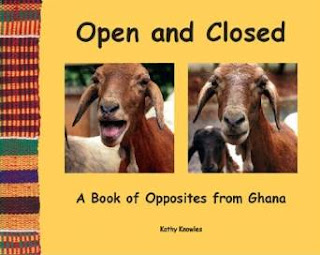 A: To do my research I recorded all the meaningful bits of text from each of the children’s 100 stories. I then grouped them according to similar ideas expressed and created a storyline. As much as possible I tried to keep to the children’s exact phrasing.

The majority of children from both Christian and Muslim backgrounds mentioned how their grandmothers prayed for them.

Edmund Opare, the illustrator, and I spent many hours trying to figure out how to convey this sensitively and accurately. We concluded it was too difficult. We wanted children from all faiths to identify with the story.

Q: Are your books available in a variety of countries?

A: Yes. In addition to the North American market they have been distributed to a number of African countries, mostly by individuals working with NGOs linked to literacy projects. 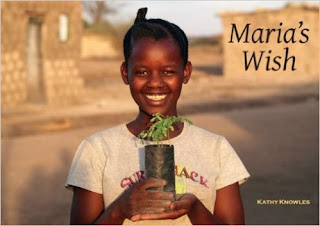 A: I am working with Edmund Opare again and this time to create a book of sounds one would hear while living in the capital city of Accra. These sounds are very different to what one would hear in a North American city.

A: It is an honour to be recognized by the CABA.

Edmund Opare was thrilled to be invited to the award ceremony and for having an opportunity to visit the U.S. He has never left the African continent before.