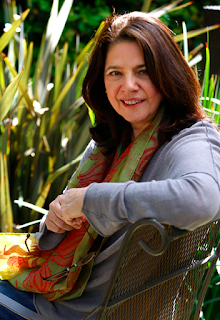 Cathleen Schine is the author of the new novel They May Not Mean To, But They Do. Her other novels include The Three Weissmanns of Westport and Fin & Lady. Her work has appeared in a variety of publications, including The New Yorker and The New York Review of Books. She lives in Los Angeles.

Q: How did you come up with the idea for the Bergman family in your new novel?

I was a crazy person. Everything I did, everything I said, everything I thought revolved around this. And I realized that every time I spoke to my friends, this is all they talked about, too – the conflicts and guilt and love and anger and helplessness and frustration over their aging parents.

It was not a subject I wanted to write about at first, I was afraid of it, it was too personal, I wasn’t writing a memoir, after all. And I’m not interested in writing a novel with a social “theme.” But it turned out to be the only thing I could write about, something I had to write.

The Bergman family is not my family, although I have of course drawn on things from my own experience and observations, and I took notes whenever my mother said something funny, which is frequently, and the Bergmans were initially inspired by my own dismay at the aging of my family.

But, as always happens (and if it doesn’t happen, there is no book), the Bergman clan took on a shape of their own and a life of their own. 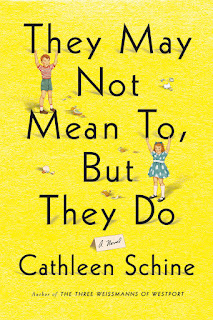 Q: The members of this family obviously care deeply about one another, and yet they drive one another crazy. How did you decide on the book’s title—which comes from a Philip Larkin poem you cite in the novel--and what does it signify for you?

A: Well, when in a place of ironical despair: first stop, Philip Larkin. But it’s always been a favorite poem, and Joy, the mother in the book, turns the first two lines of the poems around, describing the psychological and emotional manhandling a parent gets from children, rather than the other way around.

I went through a lot of titles, some of them clever, some plain, but this line kept calling me back. It says so much about family relationships and human beings, really – blithely unaware of the impact and the result of half of what we say and do.

Q: Old age is one of the themes running through the novel, as is middle-aged children’s relationships with their elderly parents. Why did you choose those issues to highlight in this book?

A: I was obsessed with what was happening around me, as I said. But I have been preparing to be old since I was 20. I was a 20-year-old octogenarian, really.

I was in the hospital for a year when I was 20, and in a rehab center where many of my fellow patients were elderly stroke victims, and the struggle to get through a day doing what healthy people take for granted – brushing your teeth, tying your shoes, getting up to shut the window, getting on a bus, getting your wheelchair up a curb or through a door – made a big impression on me. 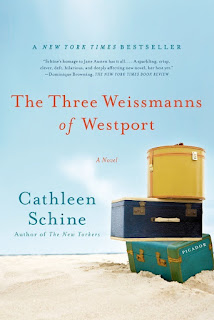 Being in a wheelchair when you’re so young, seeing so many incapacitated people, being so dependent, did not make me want to go out and climb Mt Everest when I got better, the way it would a more optimistic less morbid person, I suppose.

It made me want to be prepared for my next stint in a wheelchair: the driving force in my life has been to have enough money when I’m old and incapacitated to take taxis. This has been my model for financial planning. This has kept me up at night for over 40 years!

Q: Your book deals with some difficult subjects—old age, death—and yet it’s incredibly funny. What do you see as the right blend between seriousness and humor in your books?

A: I don’t see the difference, I suppose. Of course there is the literary danger on one side of sentimentality and on the other of burlesque, but that is an issue of craft and taste and style and sensibility. Not that different for either serious or comic moments – just trying to get it right.

This book is more serious than my other books, I think, because what I was trying to understand in it is a more painful subject, more painful than physical pain, than friendship, than passion, than love – the subjects of previous books. It’s the ultimate subject, which is death, or at least acknowledging mortality and then carrying on anyway. 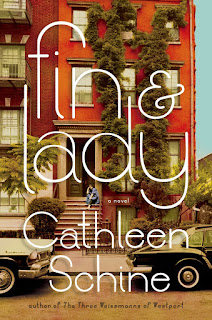 But creating a character or a relationship or an event in a book is really an exploration of that character, relationship, or event, and sometimes what you discover is funny. And sometimes it’s not. Usually it’s both. That’s how I experience the world, anyway.

A: I am in that panicky “thinking” stage. After every book, I am absolutely certain it will be my last and that I will never have an idea again. One of these days I’ll be right, too! Mark my words! But I have a germ of an idea that I hope will work itself into something.