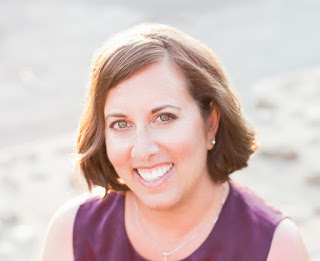 Q: Why did you decide to write about your experiences serving in the Israeli army, and how was the book’s title chosen?

A: I had seen and experienced so many crazy things in the Israel Defense Forces that shook me up. After a bullying incident, I had written in my journal, "someday I intend to write a book of my experiences," but I had no clue where that sentence would take me.

That was in 1991. It would take me almost 23 years to finally feel compelled to write a book about it, which actually started with a simple blog post.

It wasn't until 2012 that I felt safe enough to formally write a memoir about that period of my life. I'd already established myself professionally in Pittsburgh and connected with various writing groups including that of the National Association for Memoir Writers. Slowly I started to give voice to those experiences.

My service in the military was a simple "accident." By escaping my mother who couldn't stand Israel, I was able to become my own person. I was never obligated to serve in the IDF.

I brought a copy of the first chapter to a speed dating session with a well-known editor at a writer's conference. As she read, she looked up and said, "So, it looks like you got inducted in the military by accident?" That was when the title was born. 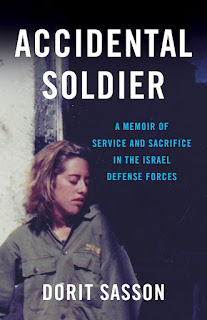 Q: Did you need to do much research to write the book, or was it based mostly on your memories?

A: Not much research was needed to do the book. Just memories. I reread a few journals only after writing a first draft.

Q: How do you think your experiences compare with those of people moving to Israel today?

A: The Israel of 1990 was a very different country. It only had one television channel, very few malls, but lots of hopes and dreams of modern pioneers like myself to make Israel our home.

I was not your typical soldier. I saw the IDF as my ticket to emotional freedom.

With that said, young people are still very motivated to serve in the Israel Defense Forces. They know that without the IDF, there is no Israel. But that was not my focus. I wanted to get away from my mother, but I didn't dare tell that piece to inquiring Israelis.

With so much anti-Semitism in the U.S. and around the world, and with governments collapsing and not taking care of its Jews, people are motivated more than ever to emigrate to Israel, their Jewish homeland.

Anti-Semitism has definitely gotten worse globally since I emigrated, which was back in 1990. But there was the same pioneering spirit to serve and live in a Jewish homeland. Of course I was much younger and there are many older immigrants today. Israel has become a much more vibrant and progressive country that is attracting professionals from all walks of life.

Q: In the book, you describe your connections to both countries, Israel and the United States. How did your experiences serving in the Israeli military affect those connections?

A: All throughout the book, I am challenged to find a new sense of self as an Israeli soldier away from my mother's worries and fears. America for me really meant separating myself first and foremost from my mother.

Once I managed to do that successfully, then I was up against another challenge: how to fit in with the Israeli militaristic culture, which at the time, was very male-dominated (still is) and find my American-Israel voice, which I call today, finding my "multi-cultural" tribe.

In the army, I am determined to think and act Israeli though I'm not quite sure what that means, and so Accidental Soldier is really the story of figuring out how to stay the track of courage in terms of finding my voice.

The more I try to acclimate to this "prickly pear" culture to find my tribe, I feel less prepared to deal with the challenges thrown my way. After all, I didn't grow up in Israel. It's my father's country, not mine.

Anytime you try and find a home in a foreign country, you're constantly tested. Do you stay more American? Less foreign?

There's great implications for finding your voice and identity.

A: I am currently working on what I think may be a new memoir about returning to the States after living 18 years in Israel. It tells the story of reconnecting with my dying mother, finding myself as an American in "a new land" with my son and Israeli husband.

A: Each Thursday afternoon, I interview authors about their stories of courage for my podcast. It's great fun and I get to hear lots of amazing and courageous stories from authors all over the world. If you are someone with a courageous story, then I want to hear from you.