Q&A with Garinè B. Isassi 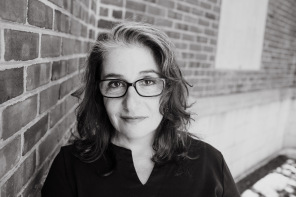 Garinè B. Isassi is the author of the new novel Start with the Backbeat. She works in marketing communications, and she lives in Maryland.

Q: How did you come up with your main character, Jill, and why did you set the book in the music industry?

A: I worked on the business side of the music industry for several years and for more years, I performed as singer/songwriter and a member of rock bands. The characters in Start With The Backbeat are all aggregates of the people I met along the way and the person I have been myself at various times of my life.

One thing that people in the music industry have in common is passion. You don’t just drift into that business – you have to want it bad and be willing to go through a lot of hardship and rejection. That opens the door for strong, interesting personalities, which are perfect characters for a novel.

While Jill is a bit unconventional because she is a punk rocker, she is also an archetype of the modern, working woman. She’s smart. She’s creative. She’s a little cynical. She has a lot of confidence, but still has to navigate old-fashioned notions of what a young woman is supposed to be.

I don’t feel like I had to “come up” with her, because I know so many people who are just like her - especially women who work in creative industries.

The music industry through the ‘70’s and ‘80’s was also a business that had true workplace diversity. Even with the sexism, racism, and other "-isms" that were (and still are) systemic in entertainment and creative industries, a person’s background and education was not the measure for entry. Sex appeal and salesmanship were more important. 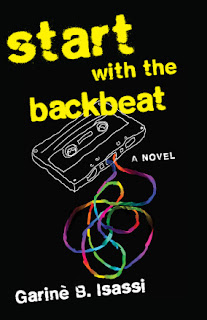 A: That particular year was interesting for many reasons. It was the first year that there was a Rap music category at the Grammys. The late ‘80s was a time when rap music was going mainstream and many people were sure that it was a passing fashion; that, like disco, it would be gone in a couple of years and mocked thereafter.

But instead it has lasted for decades. The angst and intensity of Rap speaks so clearly to people of all backgrounds that it only grew and became modern-day Hip Hop. There are people rapping now in every language, in every country.

Also, in 1989, businesses were just getting desktop computers in their offices and the cyber age, which basically led to the downfall of the hyper-moneyed music labels, had not yet begun.

I brought up many of the pre-cyber age details because it was simply fun to compare to the modern versions. One of my favorite references is a scene where Kenny, an obnoxious music executive, has the first model of the cell phone. He takes out this huge, grey brick-like thing at a lunch, has no idea how loud he is talking into it and then places it on the table like it’s a centerpiece.

Other examples include the self-correcting electric typewriters and those spiral pink memo pads, which had a sheet of carbon paper behind each page – which both were blown out of the office environment when computers and email came into use. People of all ages seem to love those references, albeit for different reasons. Some people remember that time and others think is it kitschy.

A: The first scene that I wrote of this story was a turning point chapter that appears right in the middle of this book. It kind of came to me as I was cleaning out a closet one day. I dropped the pile of shoes I had in my arms and ran to my computer to get it out.

From there, I created an outline of plot points from the middle out on both sides – basically, where I wanted each character to start out and to end up. While some of the intermediate points changed along the way, I knew they would end up where they did.

Q: How did you come up with the novel’s title, and what does it signify for you?

A: The title is about the basics. In pop music of any genre, the first thing you hear is the backbeat. The underlying beat sets the tone of the song before you hear any other part of the music. It’s the reason you dance.

A great example is Janet Jackson’s song “Nasty Boys” from the mid-‘80’s. Before anything starts, she yells, “Gimme a beat!” Then the backbeat starts, then the instruments, then her voice.

As a member of a band, you must start with the beat in order to be in sync with the other musicians. Even while every musician is playing a different instrument, a different part, and possibly counter beats or syncopation, the song doesn’t work if they are not all on the same beat.

The significance to me, personally, is that you have to have your basics down before you will truly feel successful. You have to know who you are and why you are doing what you are doing.

For this novel, which is an ensemble piece, each character is playing their own part and seeking their own authenticity, but they all have the same driving motivation – their love of music. That is the backbeat of my novel.

A: Finding time to write is my biggest challenge right now. I hope to try my hand at some flash fiction. I cannot, for the life of me, seem to write a whole short story, but as a songwriter, flash fiction might work for me.

I am also beginning research on another novel, which will be a fictionalized version of how my grandparents immigrated to the United States during and after the Armenian genocide.

I want to explore how people who live through horrible events cope, recover and eventually thrive. I know it doesn’t sound possible, but I want to make it funny, too. I’m going for a John Irving vibe.

A: I am a singer and have written quite a few songs. There are five songs in the book, presented through their lyrics only. Three of them are full songs, with melodies and I sometimes sing them at book events.

Check out a performance of one of the songs called Mirror on my website, GarineTheWriter.com. The other two are Rap and Hip Hop songs that have never been performed. Don’t worry, I will not try to rap in public! But I would love to hear some of these songs professionally produced. Just putting that out there!