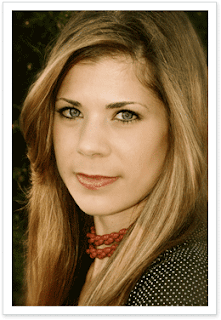 Sarah McCoy is the author most recently of the novel The Mapmaker's Children. Her other books include The Baker's Daughter and The Time It Snowed in Puerto Rico, and her work has appeared in a variety of publications, including Real Simple and The Millions. She has taught writing at Old Dominion University and the University of Texas at El Paso.

Q: Why did you decide to pair the stories of Sarah Brown, daughter of the 19th century abolitionist John Brown, and Eden Anderson, a fictional modern-day woman?

A: I’m spellbound by this interplay—by the impact of Sarah Brown on us, the contemporary Eden Andersons of today….Sarah Brown and Eden Anderson mirror each other in so many subtle ways. The beauty of their interwoven story is how readers interpret their reflection…. 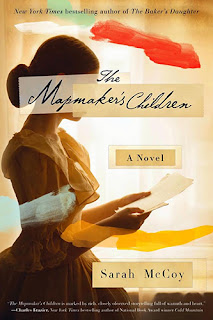 They differ in the way each of us differs from our neighbor, our sister, our friend, even the closest person to us. Because our life recipes are composed of different ingredients, in a different timing, and influenced by external and internal components that we might not transparently see.

A: I chronicled my city by city research in the Author’s Note at the back of the book…. I didn’t set out to follow [Sarah Brown] for character crafting purposes. I was simply desperate to find more information! None of which was available on the Internet or digitally by museums in each location (Massachusetts, West Virginia, California). …

I bought the one remaining pamphlet with facts on Sarah Brown from the Saratoga Historical Museum. Titled The Californias: After Harper’s Ferry: California Refuge for John Brown’s Family, it is 90 percent about the rest of the Brown family with a few pages on Sarah Brown…. 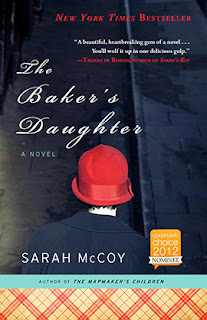 I try not to anticipate where the story is going so every bit of research is a fresh ah-ha! moment. It makes the writing of the novel as much of an adventure as I hope it is for readers.

From the beginning, the smuggling doll was a favorite historical discovery. I was first introduced to this Civil War artifact at the Confederacy Museum in Richmond, Virginia.

There was an exhibit on the theorized use of children’s toys and dolls to smuggle contraband across Civil War lines. The “Nina” doll was on display, and I couldn’t take my eyes off her.

Such a beautiful, childhood memento put to a covert, dangerous mission and now, simply regarded as creepy—creepy good to a storyteller.

Another favorite surprise was the Underground Railroad colors, symbols, and code talk. Such an intricate system of striking images.

I was captivated by art’s mighty force of salvation, hope, faith, and guidance to escaped slaves and abolitionists of the time; but also a great reminder to the modern world of its power to catalyze change today. 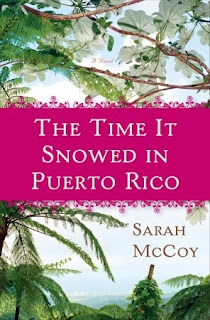 A: What I can share is that I’m pushing out of my comfort zone in [my] next novel by giving over entirely to the historical voices. There’s a dual narrative, yes, but from a real-life man and woman.

A:  I’m moving! My gypsy ways have me piling up my chuckwagon and heading out of El Paso to the Windy City of Chicago. A 1,500 mile change of scenery.

My husband (Doc B, as he’s affectionately known on Facebook and Twitter) has taken an orthopedic sports position at the hospital there. So off we go!

I’m curious to see how the new landscape will affect my characters and writing. I’ve never lived in the North. It’s going to be an adventure.

Thanks for having me on your blog, Deborah! When we chat books again, I’ll have traded in my sun parasol for an umbrella.