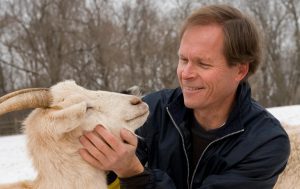 Jonathan Balcombe is the author of the new book What a Fish Knows: The Inner Lives of Our Underwater Cousins. His other books include Second Nature and Pleasurable Kingdom, and his work has appeared in a variety of publications, including The New York Times and The Washington Post. He is director of animal sentience at the Humane Society Institute for Science and Policy, and he lives in Maryland.

Q: You describe fish as “the most exploited (and overexploited) category of vertebrate animals on Earth.” How has that situation developed?

A: We’ve been fishing for millennia. Most fishing…has been sustainable, not self-destructive. In the last couple of centuries we’ve developed trends that are problematic, with a growing population and advances in technology.

It’s like bobbing for apples with our hands, not our mouths. People are able to locate large schools of fishes with technology, and are able to take as many as they want to, [leading to extinction for some species].

Q: Do you see this trend continuing?

A: In the near future. I’m hopeful [looking further ahead that people] will start to change their behavior. There’s a 10 percent decline in meat consumption in the U.S. over the last decade, so trends change. In the near future, the situation doesn’t look great, but I’m hopeful there will be a turning point.

It’s critical for people to have information. My approach is to inform people about the rich lives of fishes, and that might play into people’s approach and relationship to fishes… 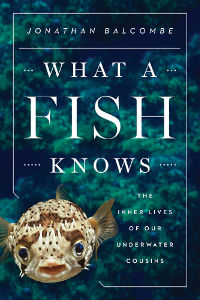 Q: You write that “the science of fish sentience and cognition has advanced to a point that it may be time for a paradigm shift in how we think about and treat fishes.” What are some of the new developments that could result in different ways of thinking about fish?

A: These creatures deserve equal consideration…We have tended to favor furry animals over those with scales and fins. Research shows their ability to do things on a par with mammals—they have personalities, they court, they mate, [and display] parenting, virtuous behavior, deference for other individuals, territoriality, peacemaking—I go through the subjects in the book.

These creatures have evolved below the waves. Fishes have been on earth [longer than humans]. Fishes are not primitive. They are highly evolved. Some species have not changed a great deal, because it works for them…

The number of marine creatures in the ocean is half what it was 50 years ago. The…message in the book is that I hope people start seeing [these] animals as worthy of respect, and treating them accordingly.

Q: One of the specific things you look at in the book is whether fish feel pain, and the debate over that issue. Where do you come down on that question?

A: Science points to that they feel pain. There are 32,000-odd species. They all have sensing systems, brains, they can move away from bad things toward good. Based on that, you can assume they have evolved a capacity for pain, [which is] useful. 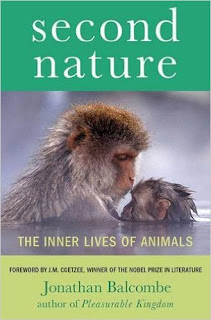 There are a number of studies on bony fish such as trout. [They have] receptors that are sensitive to at last three types of insult: mechanical, chemical, and heat. That’s the same kinds we have. The animal registers it; there are pain chemicals present in the bloodstream. The animals move away from [the source of pain].

The science is pretty rigorous. There are people who…take a less popular position, there are still a few, a dwindling number who argue that fishes don’t feel pain…The conclusion is pretty clear in my mind: fishes feel pain.

Q: You say that there is some good news for fish, in that humans are more concerned in recent years about animals. Do you think fish are—or will be—viewed in similar ways to land-based animals?

A: In time I hope they will. It’s a tough path for them. Fishes have disadvantages. They live literally and metaphorically below the surface and out of view.

[There are reasons] why they rest in the cellar of groups of animals we are concerned about. They don’t scream when they’re pulled onto land. They make sounds, but they evolved [and are heard] underwater. They don’t blink—they don’t need to. There are little things that numb us to their plight. 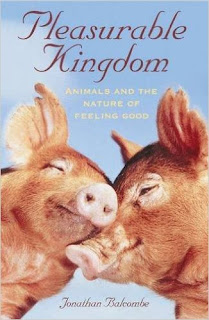 When you look below the surface, with evolved scuba technology, underwater cameras, the ability to watch fishes up close is pretty new—you see they have a complex [set of] social, sexual lives. They are individuals with personalities, and have a right to moral consideration.

I have no illusions that this book will change human behavior, but it is a step. That’s one of the chief aims of this book.

A: I’m doing at least one media interview a day, and with social media I can put out my message…it’s really encouraging. There are a number of foreign translations in the works. My energies are best spent helping propel the book and its message forward.

A: I will be having a book signing [in Washington, D.C.] on June 20 at Busboys and Poets—there’s information on my website. I have a monthly newsletter about fishes--you can email whatafishknows@hotmail.com.