Hugh Howard is the author of the new book Architecture's Odd Couple: Frank Lloyd Wright and Philip Johnson. His many other books include The Painter's Chair and Dr. Kimball and Mr. Jefferson. He was vice president of the New York Times Book Company and his work has appeared in a variety of publications, including The New York Times and Smithsonian. He lives in New Hampshire.

Q: Why did you decide to write a book about Frank Lloyd Wright and Philip Johnson, and how would you describe the dynamic between them?

A: The reason I decided to write a book about the two of them is that in doing research about something [else, I found that] in the early 1930s they had a complicated tete-a-tete to do with the International Show--it got me interested.

They were at loggerheads. The young guy, the old guy, the classicist and the romanticist. What really persuaded me was that neither of these guys ever shut up! They talked interestingly, provocatively, they talked about each other…

Q: Do you think each architect influenced the other in some way?

A: If Frank Lloyd Wright were here, he would say [that Johnson] never influenced [him] at all. Then again, he said [architect Louis] Sullivan didn’t either, though he was a mentor to him.

But I think it’s true that Wright in the great doldrums that followed the bad publicity that followed his divorce—it was essentially the late Victorian age, the early 20th century, it was enough to make you persona non grata--his career went into a deep dive. 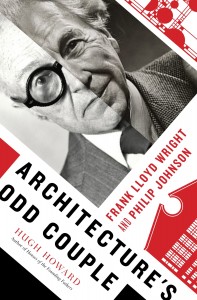 When the International Show came along [in 1932] it got his fires going again…His career was in three stages—one was in part a reaction to Mies van der Rohe and Gropius and others…Philip Johnson opened that door and made Wright walk through it.

Look at it the other way—oddly enough, Johnson’s principal benefit from Wright was that after Wright’s death, he was able to dine out on his relationship with Wright, and he did so. He made light of the tension between them, but he came around to realizing that Wright was [one of the great architects].

Q: What are their legacies today?

A: Wright’s legacy is a very diverse one, not based so much on people building an imitation Wright building—there is some of that, but it’s not a rich vein of architecture. His influence is much more theoretical, abstract, philosophical.

If you think about the open plan, everybody today has to have a Great Room, it’s a descendant of the thinking of Wright and Henry Hobson Richardson. It’s a powerful presence in the way we think about our homes today.

He was an environmentalist--a century ahead of the environmental movement, he was talking about organic architecture. That appeals to us at a time when we talk about sustainability and environmental concerns. We have absorbed it, and it has an impact.

As for Johnson, late in Johnson’s life he was very eclectic in the work he did. He was a facilitator for different architects. 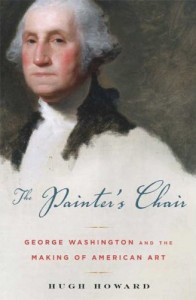 At one point I wanted to call the book "The Master and the Maestro." It’s clear that Wright was the Master. It’s clear that Johnson, because of his curatorial association with MoMA…Johnson was the Maestro who had a lot of influence in opening people’s eyes to the post-Modernist movement…

In that sense his influence was perhaps greatest as a stylist and tastemaker, with his own work and as an advocate for a wide variety of architects.

Q: You describe Wright's Fallingwater and Johnson's Glass House as “the two most admired and discussed houses of the [twentieth] century.” How would you characterize these buildings, and what do they say about each architect?

A: Fallingwater is most significantly an epiphany, an architectural burst of genius on Wright’s part. He drew it out in a matter of a couple of hours—[that story] is mostly true…

It speaks to Wright’s genius for doing the unexpected, like the Guggenheim. When we think about wedding cakes, we think about the tiers ascending. Wright turned that notion on its head.

For Fallingwater, his assignment was for a waterfall cottage. Wright built not a cottage with a pretty view of a waterfall, but he decided to build the structure right on top of it. He grounded it on one bank and extended cantilevers. The staircase is suspended over water.

It speaks to Wright’s imagination and his ability to connect a house to a site. He really understood landscape. The Taliesins are also great examples of that...

The Glass House—it’s fun to see it as a metaphor, there’s not really a practical use, yet on visiting it it feels so livable, you could imagine yourself living there. 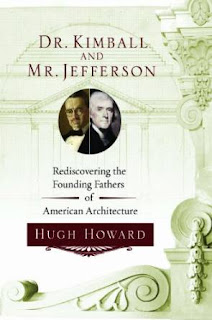 Q: You write that the two men “placed architecture at the center of culture.” What do you see as the role of architecture in American culture during the decades on which you focus in the book?

A: Essentially it’s 1920 through the turn of the [21st] century. In that period…there was a growing consciousness among the middle class particularly, how a house is important, how you want to live in an independent and new sort of way.

The chances Wright and Johnson took informed that dialogue…Johnson and Wright shaped the American imagination. Their impact was gradual but significant. I’m not sure we’ve taken the measure of it yet.

Today, if you wander into the kitchen where an American family is having dinner, it’s a rare household that can name five architects. Five painters? They could name five Impressionist painters, but that’s not true of architecture, it doesn’t have that sort of presence.

That said, if you were to have a conversation at a typical American [dinner table] the chances are that Frank Lloyd Wright’s name would tumble out before anyone else’s…He speaks to some fundamental need about shelter and maybe some aspirations about beauty. His sense of place is very strong, and he conveyed that.

A: I think I’m going to write about Henry Hobson Richardson next. I’m doing some early work on it. He was in many ways as great as Frank Lloyd Wright [although his] name may not come up at those dinner-table conversations. He was an immensely likeable man, and he designed many wonderful buildings.

A: The essence of the book is the dynamism of their relationship. The way Wright and Johnson interacted informed the architectural conversation for several decades, even after Wright’s death. They had fun; they exchanged blows from time to time.

The larger point I like to make is that at the turn of the 20th century, Wright’s name was the name to conjure with in American architecture.

At the end of the century, you’d probably see Philip Johnson talking to Charlie Rose, or on the cover of Time magazine. Circa 2000, he was America’s architectural talking head.

I tried, by talking about these two--they were bookends of 20th century architecture…they knew everyone else. I would like to think that the book tells us a good deal about the history of American architecture in the 20th century.