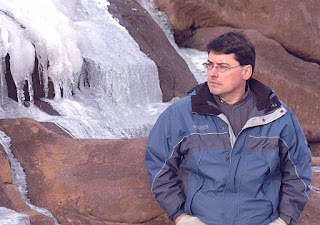 Russell Wangersky is the author of the new psychological thriller Walt. His other books include the short story collection Whirl Away and the novel The Glass Harmonica. He is TC Media's Atlantic regional columnist and has been the news editor at the St. John's Telegram. He is based in St. John's, Newfoundland.

Q: How did you come up with the idea for your new novel, and for your character Walt, a janitor in a grocery store?

A: I came up with the idea because I’m a bit of a neat freak: I started picking up grocery lists that were left in the carts at the store, with the idea of tossing them in the nearest bin.

Problem is, I’d glance at them, trying to make some kind of judgment - or at least get an idea - about the type of person who had left them behind. It became a game, especially because some of them read almost like short haiku.

Then I began noticing all the things that the lists were written on - credit card statements, mortgage statements, once a helicopter flight log - and began to wonder what would happen if they were collected by someone willing to use them for their own ends. 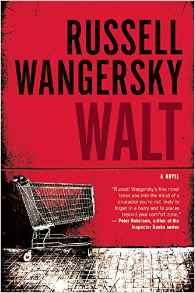 With that, Walt was born - a man who, even though I invented him, still scares me.

Q: Can you say more about including grocery lists as one of the major themes of the novel?

A: I started using real groceries lists as a theme from the very first chapter - as soon as I started the book.

The lists are all real ones, collected in and around three grocery stores in my immediate area. I still have over 350 individual lists in a drawer of my writing desk. I have managed, recently, to stop collecting new ones.

It got harder the further I went into the book, because I had an idea about where the book was going to go, but I didn’t have the right lists to make it go that way. In the end, the lists won.

Q: The novel is told from multiple perspectives, and some of the book is in first person while some is in third. Why did you opt to switch from one to the other depending on the character you were following?

A: The sections about Walt himself are in first person simply because I was struggling with something I’ve always wondered about while covering the courts as a newspaper and television reporter - why is it that there are people who admit to doing horrible things, but those same people still have family and friends who come to the court and cry at sentencing hearings? 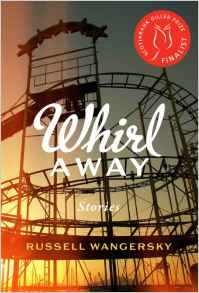 I wanted Walt to justify his world view, and to have the power to tell you only the things he wants you to know. For example, he never tells you his last name. I didn’t think first person would work as well if I used it all through the book, though I did use a sort of faux first person in Alicia’s letters.

A: I often think I know where they will end, but what tends to happen is that I create characters, and they end up behaving the way they want to. Once I have a set of characters, they tend to take over and drive the story bus themselves.

(I actually like that. I find when I write a short story where I know everything that’s going to happen, I get bored and wind things up too quickly. I enjoy wondering where it’s all going.) 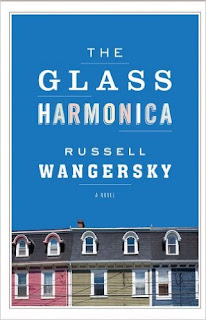 A: I’m finishing a short story collection called The Path of Most Resistance, and just starting a non-fiction project based on the diary left by my great, great grandfather. (There might one more “great" in there.) He was a failed ’49er in the 1849 gold rush. I’m planning to follow his footsteps later this year.

A: I am not Walt. Sometimes, there is a little confusion on that point.