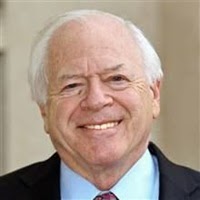 Stephen Hess is the author of the new book The Professor and the President: Daniel Patrick Moynihan in the Nixon White House. His many other books include Organizing the Presidency and America's Political Dynasties. He is a Brookings senior fellow emeritus based in Washington, D.C.

Q: Why did you decide to write about Nixon and Moynihan, and how did you select this format, which you describe as a “dramatic narrative,” as your approach?

A: When you’re 80 years old, you figure if you don’t write it now, it’s probably never going to get written! This was really meant to be my tribute to a very dear friend, Daniel Patrick Moynihan, and so I decided to write as if you were there in present tense.

The book takes place in 1969-1970. If you’re doing free association, if you heard “Nixon,” you would reply “Watergate.” I wanted to make it clear that this was before Watergate; people didn’t know about Watergate.

It was a very difficult book to write. It’s my 21st, and perhaps the shortest. It’s in the present tense. I’ve got to be very careful not to let Richard Nixon run away with the story. This is Pat Moynihan’s story, but Richard Nixon is a historical figure who very easily could take over.

It’s perhaps my first book where I’m in the book. I want to be very clear about keeping short my personal involvement. The book is not a memoir, but I do figure in several places. 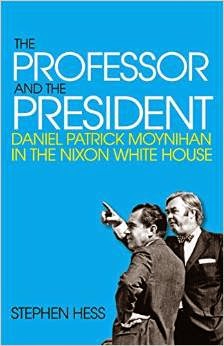 Q: What were some of the greatest differences between the two, both personally and politically?

A: They were the oddest couple in American political history, at lest in the second half of the 20th century. They were totally different. Moynihan was a true extrovert, bubbling with energy. Nixon was a total introvert, which was unusual for someone aspiring to be president of the United States. Everything can take off from those two simple characteristics, extrovert and introvert.

Q: What about politically?

A: One was a Republican and one was a Democrat, which meant generally that one was liberal and one was conservative. It didn’t mean their paths didn’t cross on certain issues.

In the area of Moynihan’s responsibility, domestic policy, it turned out that Nixon didn’t have very strong feelings. It was almost like a blank slate. He was so involved in issues of the world, he had a notion that he could turn domestic affairs over to somebody else. There wasn’t the conflict you’d have expected to find…

Those domestic views turned out to be argued almost from scratch between Moynihan and a conservative, also an Ivy League professor, Arthur Burns…it was a very high-level debate over the soul of the presidency. 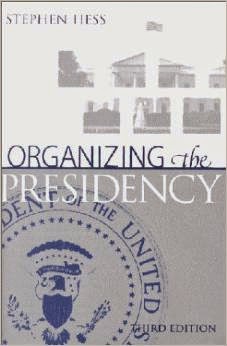 Q: What would you say was Moynihan’s biggest impact during his time in the Nixon White House?

A: He did a number of things when he was in the White House. There’s a chapter about the little things—[such as] changing the statistical systems of the United States. It’s almost as if the president could say to Moynihan, Do anything you want, as long as it doesn’t cost too much and it doesn’t embarrass me.

The major thing he tried to do, change the welfare system, was defeated by one vote in the Senate. It didn’t come to pass, though parts of it did.

What he did, perhaps more importantly--he left the White House after two years--was he changed the president’s trajectory on domestic policy. The people who followed Moynihan in the agencies were doing things that were more progressive than you’d expect Nixon to do—environmental protection, a health plan which didn’t get anywhere. There were lots of things going on.

One must always be careful about that—anything that goes through the presidency has all sorts of influences and it’s hard to sort out what was Moynihan’s. But there is a written record.

Q: Moynihan’s area was urban policy. How was “urban policy” defined in 1969, and how much attention was given to it compared with today?

A: Lyndon Johnson had just left office, and urban policy was largely his War on Poverty and the Office of Economic Opportunity. Strangely enough, because Nixon had campaigned strongly against these types of policies in 1968, Nixon actually continued them. The war in Vietnam was going on, and everything domestic was being cut back.

Even OEO, the focal point, was turned over to Donald Rumsfeld, and creatively used for experimental programs. A lot of Nixon’s programs didn’t look that dissimilar from Lyndon Johnson’s….

Q: How much of that do you attribute to Moynihan?

A: I attribute much of it, all of it, to Moynihan. He was the only voice in the White House pushing for that.

There really were two phases of his relationship with Nixon. In the first, they didn’t know each other, and Nixon worried that Moynihan could get up and leave, and that would have been a tremendous story. He was bending over backwards in the beginning, in January and February of 1969, to give Moynihan some of the things he wanted, including things for the District of Columbia.

In the second, how he deals with the Family Assistance Plan, by this point, the relationship between Moynihan and Nixon was surprisingly solid. I have Bill Safire quoted as calling it a love affair. [Nixon] was listening to Moynihan’s expectation that somehow Nixon could have been a great president. 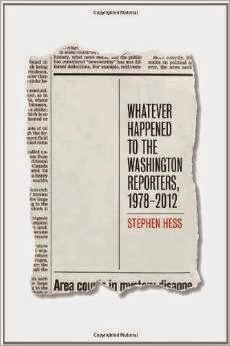 A: I’ve got about three ideas I’m fooling around with. I did a series of books called Newswork, about the media and their relations in government. I somehow hoped I could take those books, the best of these books, as one volume, an anthology. I was hoping they could be brought together in some way, in about 250 pages. The problem there is that the press has changed so radically that I’ve got to worry about, Am I doing a dusty book for history?

I did a book called The Presidential Campaign. The last one was about 1988. I look at that and wonder whether it should be revised.