Molly Guptill Manning is the author of the new book When Books Went to War: The Stories That Helped Us Win World War II. She also has written The Myth of Ephraim Tutt. She is an attorney for the U.S. Court of Appeals for the Second Circuit in New York City.

Q: What impact did the Victory Book Campaign and the Armed Services Editions have on U.S. troops in World War II, and did the efforts have a lasting impact beyond the war?

A: The Victory Book Campaign (VBC) and the Armed Services Editions (ASEs) helped boost the morale of American troops during World War II and transformed millions of men into book lovers.

As Lt. Col. Raymond Trautman (the chief librarian of the Army during WWII) once explained, the average man entering the Army had an 11th grade education and did not read books before the war (unless required to do so for school).

During the war, over 140 million books saturated the Army and Navy, and many men—whether out of desperation for something to do or for a distraction from the horrors of war—turned to books.

Publishers took great pains to send only those titles and authors that they thought the men would truly enjoy. With such a fine assortment of books each month, almost every man could find something appealing to read.

As one newspaper observed, by the end of the war, the United States had “the best read Army in the world.”

When these troops were discharged from service, they brought home a love of reading. Many men wrote to publishers asking whether they could continue to receive ASEs after the war, for they had grown so fond of receiving a fresh batch of good books each month.

Although the ASE program ended in 1947, veterans discovered a flourishing paperback trade when they returned home. Costing as little as 25 cents apiece, veterans could afford to continue their reading habit. The ASEs and Victory Books made life-long readers out of the soldiers and sailors they served.

Veterans also returned to the United States with the promise of a free college education (or vocational training) under the GI Bill.  Although many people entered the services without plans to go to college and with a distaste for books, they proved to themselves during the war that they enjoyed an activity as scholarly as reading.

Over two million veterans took advantage of the GI Bill’s offer of a college education. These veterans proved to be such serious and fine students that they were referred to as “DARs” on some campuses—Damned Average Raisers. 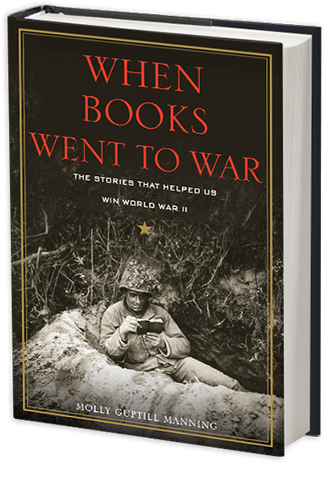 Q: How were the books selected for the Armed Services Editions, and which books were especially popular with the troops?

A: Most books were selected using a three-part process. First, publishers considered the books they were publishing each month and created lists of best-sellers, new and noteworthy fiction, classics that had lasting appeal, popular non-fiction, and any other type of book that young men might enjoy.

Second, the Council on Books in Wartime had a paid staff of “readers,” who then read the books selected by the publishers and flagged any passages that were offensive, discriminatory, or objectionable on other grounds (the books were supposed to provide an escape, not make people angry).

Third, the Army and Navy had final say over which titles would be made into ASEs.

Servicemen wrote countless letters to publishers and officials in the Army and Navy to request certain titles or books by their favorite authors. These letters helped influence what books were ultimately selected.

The most popular tended to be wholesome books that reminded readers of their families and homes. Betty Smith’s A Tree Grows in Brooklyn and Rosemary Taylor’s Chicken Every Sunday were two such titles.

On the other hand, there were also many requests for books with sex scenes, such as Kathleen Winsor’s Forever Amber and Lillian Smith’s Strange Fruit.

Q: You also describe the book burnings and bannings in Germany and the countries conquered by Germany during the war. How much of the effort behind the VBC and the ASEs was a direct response to that?

A: Beginning in 1933, the Nazis tried to limit thought and ideas by hosting book burnings and publicizing long lists of books that were banned. Knowing what was happening in Germany, American librarians began to discuss how books were under attack.

Later, as the German Army invaded and occupied nations across Europe, it became clear that the attack on books was intertwined with the war. Whole libraries were burned, thousands of titles were banned in France and other countries, and printing presses fell under the control of the Nazis. The freedoms to read and spread ideas were severely curtailed. 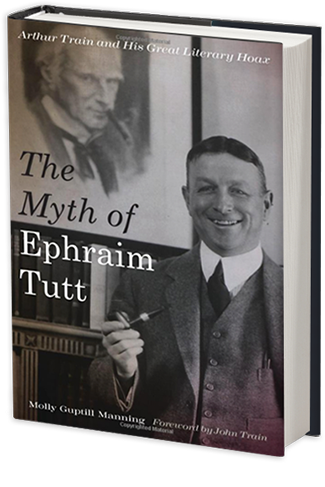 American librarians decided they could fight this “war of ideas” with books. Instead of eliminating ideas as Germany did, librarians encouraged Americans to read and spread ideas.

Once the United States declared war on Germany and Japan, librarians shifted their focus to ensuring that those in the armed services would have plenty of reading materials for their entertainment, as well as to bolster their minds with ideas. In this way, the VBC grew out of librarians’ desire to protest Germany’s book restrictions.

As for the ASEs, the primary reason these books were printed was because the Army and Navy faced a growing morale problem and they needed small, portable items of entertainment that men could carry anywhere—into battle, on long marches, and everywhere else.

While hardcover books were the norm on the home front—and books donated to the VBC were primarily hardcovers—servicemen facing combat needed paperbacks. Publishers set out to produce special books, especially for GIs. A wide selection of titles was printed each month, so that each man could find something to read that would help make his life at war more bearable.

A: I used a variety of sources to research When Books Went to War. Princeton University houses the archives for the Council on Books in Wartime, the organization of publishers that designed and oversaw the production of the ASEs. This was a very helpful starting place.

I also consulted the Victory Book Campaign records at the Manuscripts and Archives Division of the New York Public Library. To a lesser extent, I consulted the American Library Association’s records in Illinois and individual authors’ papers, such as Betty Smith’s and Katherine Anne Porter’s.

Beyond archives, I read countless books about World War II, as well as ASEs, magazines, and newspaper articles. There are times in my book when I describe how the soldiers viewed the war (or what they had read about certain battles or events), in which case I relied on the newspapers and magazines that were available only to soldiers, such as Yank the Army Weekly, Stars and Stripes, or the “pony-sized” magazines that were printed exclusively for the armed services (such as Time, Newsweek, and The New Yorker).

I think I was most surprised to learn how many books had been destroyed across Europe by V-E Day (over 100 million), and how many books were distributed to the American armed forces during the war (over 140 million).  These numbers are just incredible.

A: I’d love to write another book—history is a passion of mine.  I have a few ideas in mind, and am doing some preliminary research on each one.  I am hoping this will help me decide what to write next.

A: When Books Went to War is now a New York Times best seller!