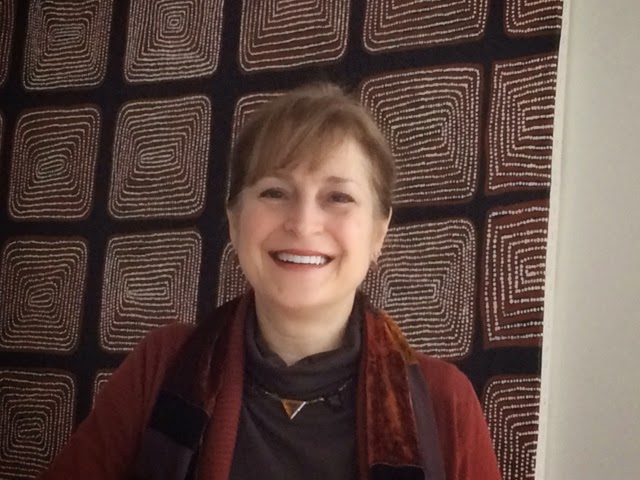 Shaazka Beyerle is the author of the new book Curtailing Corruption: People Power for Accountability and Justice. She is senior adviser at the International Center on Nonviolent Conflict and visiting scholar at the Center for Transatlantic Relations at Johns Hopkins's School for Advanced International Studies. She is based in the Washington, D.C., area.

Q: You write that you began exploring the anticorruption themes you describe about in the book after participating in a symposium in Ankara, Turkey, back in 2004. What did you learn there that inspired you?

A: In 2004, I was on a panel at the New Tactics in Human Rights conference in Ankara. One of the other speakers was Ersin Salman. He was one of the leaders of the 1997 “One Minute of Darkness for Constant Light” campaign. He riveted everyone with his presentation, in which approximately 30 million people in Turkey mobilized to fight the linkages among the state, organized crime and paramilitary groups.

Few people in the world had heard about this. I was stunned and had a feeling that this campaign represented the tip of the iceberg of people power targeting corruption and impunity. 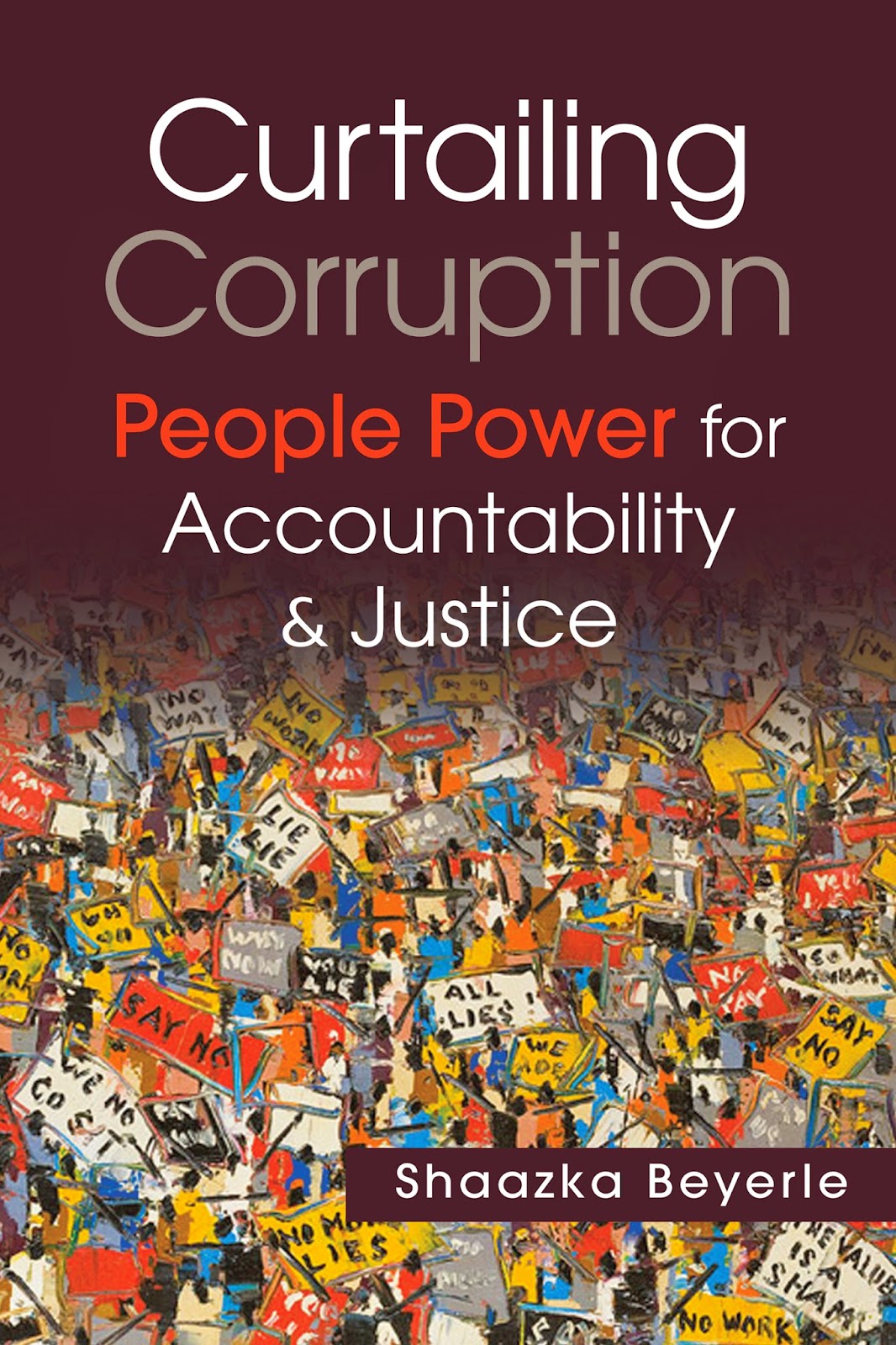 Q: In the book, you describe "a paradigm shift" in anticorruption movements, from top-down efforts to those that include more citizen participation. What accounted for that change, and what do you see looking ahead?

A: There are at least two factors for this paradigm shift. One the one hand, there has been an honest acknowledgement that top-down anti-corruption efforts have yielded modest success.

On the other hand, there has been a growing recognition in the international anti-corruption community and among donors and development institutions that corruption cannot be curbed unless civil society is actively involved, which includes citizens themselves.

Traditional top-down, anti-corruption measures were based on a flawed assumption that once anti-corruption structures are established, illicit practices will accordingly change. But when one thinks about it, how can institutional mechanisms bring forth change, when they must be implemented by the very institutions rife with corruption?

This helps to understand why top-down measures alone have had a limited impact. Those benefiting from graft are much less likely to counter it than those oppressed by it. Therefore, even when political will exists, and honest officials and other powerholders are trying to fight corruption, their efforts can be thwarted because too many people inside the system have a stake in preserving the corrupt status quo.

Campaigns and movements mobilizing citizens can bring needed extra-institutional pressure to push for changes in not only in policy and mechanisms, but their implementation, practices and norms about integrity.

Q: How did you select the case studies that appear in the book, and how did you research them?

A: I didn’t set out to document corruption itself. What I wanted to do was to uncover how citizens are fighting and impacting corruption by wielding power - people power.

An all-around definition of this is: the social, economic, political and psychological pressure that is exerted on state and non-state powerholders by significant numbers of individuals, organized around shared grievances and goals, engaging in a variety of nonviolent tactics, such as civil disobedience, non-cooperation, monitoring, information gathering, face-the-public forums, petition drives (offline and online), boycotts, low-risk mass actions, and demonstrations.

I found over 30 cases, documented 16 of them and included 12 in the book from Afghanistan, Bosnia-Herzegovina, Brazil, Egypt, India, Indonesia, Italy, Kenya, Mexico, South Korea, Turkey, and Uganda.

I developed a set of six criteria to identify cases:

1. They were “popular” initiatives. They were civilian-based, involved grass-roots participation, and were led and implemented by individuals from the civic realm, rather than governments or external actors, such as donors, development institutions, and international NGOs.
2. Citizen involvement was voluntary.
3. They involved some degree of organization and planning.
4. Multiple nonviolent actions were employed. Thus, one-off actions or spontaneous public outbursts did not meet the criteria.
5. Objectives and demands were articulated.
6. The civic initiative was sustained over a period of time.

Q: Can you describe more about the common themes among your case studies?

A: First and foremost, my research found that regular citizens like us can be nonviolent drivers of democracy, accountability, integrity in politics, and social and economic change for the common good -- even in some of the toughest places on Earth.

One voice isn’t enough. But when the voices of many are positively harnessed through peaceful campaigns and movements, we can disrupt the corrupt status quo and empower honest officials and politicians.

I also found that in transitions from violent conflict and/or authoritarian rule, corruption doesn’t usually disappear. These systems of graft and abuse reconfigure, and all the vested interests in them adapt to the new situation.

Thus, corruption is a key threat to the consolidation of peace and democracy, and thwarting it needs to be factored into homegrown and international peace, development and governance efforts.

On a more positive note, it was noteworthy that leaders and activists in nonviolent democracy struggles often go on to become the protagonists of new people power movements and campaigns targeting corruption and impunity.

Another theme is that corruption doesn’t occur in a vacuum. It’s linked to other injustices and general public concerns, such as authoritarian rule, state capture, violence, impunity, dishonest politics, as well as to tangible grievances impacting regular life, including the provision of basic services, misuse of anti-poverty funds and public resources, endemic bribery, illegal development, environmental destruction, and rule of law.

Finally, I also found that women and young people played galvanizing roles in a number of the cases, even in societies where they are marginalized.

A: I’ve got a chapter coming out (in a forthcoming Atlantic Council book) on people power versus the corruption-authoritarian nexus. It includes a case study on the Movement to Defend Khimki Forest in Russia.

Peter Ackerman, the founding chair of the International Center on Nonviolent Conflict, and I co-authored an article, to be released in English and French in the French journal Diogenes, on how people power can impact financial corruption. This is something that’s of growing concern here at home in the U.S.

A: While we all have a good sense of what corruption is, I’d like to share an all-around definition: a system of abuse of entrusted power for private, collective, or political gain – that often involves intertwined sets of relationships, some obvious, others hidden, with established vested interests, that can operate vertically within an institution or horizontally cut across political, economic and social spheres in a society or transnationally.

My biggest takeaway from this research is that citizens are an essential element in the anti-corruption equation. Since writing the book, I keep coming across more cases. It looks like there’s an awakening across the globe, and more and more governments and other entities are starting to feel pressure.