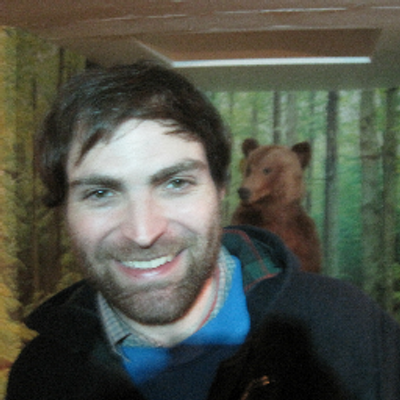 Ben Ambridge is the author of the new book Psy-Q: Test Yourself with More Than 80 Quizzes, Puzzles, and Experiments for Everyday Life. He also has cowritten Child Language Acquisition. He is a senior lecturer in psychology at the University of Liverpool.

Q: How did you come up with the idea for Psy-Q?

A: I've always found it annoying that there are lots of big questions out there (e.g., Do computer games cause violence? Do men and women want different things in a partner? Do religious people have low IQs?) to which people think the answer is just a matter of opinion.

Well, it's not. Each of those questions - and pretty much all of the other big questions life throws up - has been answered pretty definitively by research in experimental psychology.

So I'd always wanted to get those answers out there - the question was how. I originally pitched a kind of question and answer format, but most people felt this was too boring and had been done too many times before.

It was actually someone at the UK publisher (Profile) who came up with the idea of making it a series of interactive tests and studies, which I think works much better. 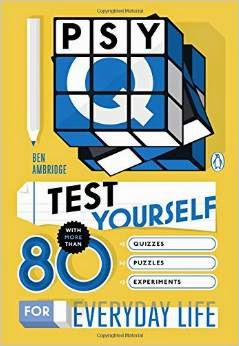 Q: How did you decide on the book's organization and the order in which you present the various tests?

A: That was one of the hardest things. I wrote them in no particular order - just based on whatever I felt like writing about that day - and then had the job of trying to piece them together, which was an absolute ordeal.

There are just so many constraints - sections that refer back or forward to each other, or where the answers to one test would give the game away for another.

Then there was a whole nightmare about trying to avoid having questions and answers on facing pages - but you don't even know what the layout will look like until you get the proofs. There was so much back and forth.

In the end, the editor and typesetter just got sick of my endless re-jiggings, and went ahead with their layout, which I think saved all of our sanity.

Q: Of all the tests you include in the book, are there any that are your particular favorites?

A: I like the ones about predicting your IQ and personality from your music taste (partly because people who are into post-rock do quite well out of it!), and predicting your aggression levels by measuring your fingers.

The horoscopes one is also fun: Did you know that Librans and Scorpios do better in school than Cancers and Leos, and are also more likely to become professional footballers? It's nothing to do with horoscopes themselves of course, it's just that Librans and Scorpios are the oldest in the class at school, and so tend to be the most advanced both intellectually and physically.

On a related note, I like all of the debunkings - inkblot tests, Milgram, the Stanford Prison Experiment, Kitty Genovese, learning styles...pretty much everything you’re taught in PSYC101! 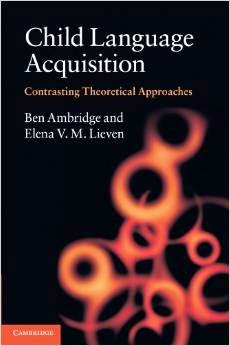 A: I probably shouldn't say anything detailed until a deal has been done, but the idea is to do a book that keeps what I see as the strengths of PSY-Q - the interactive format, the idea of fun tests backed up by real science - but that moves into a slightly different area; not just PSY-Q 2, but similar enough that people who liked PSY-Q will like the new book. In short - just the classic difficult second album.

But mostly I work on my day job - researching children's language development. We've got a particularly interesting project starting soon which looks at how children learn Polish and Finnish - two of the most complex languages around.

A: The one thing I'd like everyone to know is this: Whenever there's a real-life question that you don't know the answer to - whether it's to do with psychology, education, medicine, healthcare, child-rearing, whatever - the relevant studies have almost certainly been done, and the relevant conclusions drawn.

All you have to do is find this information buried beneath the festering junk pile of ill-informed personal opinions that is the internet.

Here's what to do - go to Google Scholar, search for "meta-analysis", "review" or "systematic review" plus the topic you're interested in, and - more often than not - you'll find your answer. If all policies, practices, recommendations and so on were based on research findings rather than hot air, the world would be a better place.