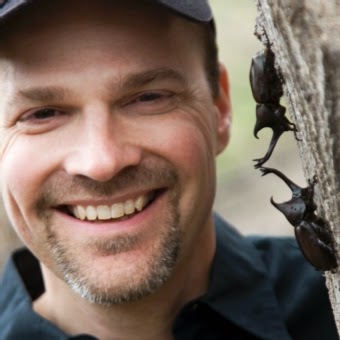 Douglas J. Emlen is the author of the new book Animal Weapons: The Evolution of Battle. A biology professor at the University of Montana, he has co-written Evolution: Making Sense of Life and A Handbook of Biological Investigation.

Q: How did you get interested in animal weapons?

A: I’ve been interested in animals with extreme shapes for as long as I can recall…. and by the time I got to graduate school I’d zeroed in on insects (they were the “uncharted frontier” of the animal world, with so many species unstudied and so much still to learn; besides, they had an abundance of species with absurd morphologies).

I knew there were lots, and that there were loads of papers on these other species, but given the crazy pace of academic life I’d never had the time to really read that literature the way that I should have.

So I started poring through the literature. As part of this I ended up writing an academic review (an article on animal weapons in Annual Review of Ecology, Systematics, and Evolution), but the editor kept making me trim, trim, trim, and all the fun natural history got cut from the final paper. So I decided to write a book spinning the stories together of all these wonderful species with their ridiculous armaments.

But then something really magic happened. As I worked through all my copious notes, with notecards and scribbles and sketches spread all over every table and surface, I began to realize that all of these different stories were really just one story.

It didn’t matter if I was talking about a mastodon with 15-foot tusks or a moose fly with 1/2 inch antlers — the essential biology of these extreme weapons was always the same.

This meant I had to completely re-organize the book, and the order in which I organized and presented the material; but it also meant I now had something much more important to say — ideas that were likely to be groundbreaking for biologists too, not just interesting natural history for a non-academic audience. These new ideas were exciting and, I felt, likely to shake up my field.
Then the plot thickened. My editors kept asking me to look into human weapons too. We all know that our weapons can get sucked into arms races, so just how similar are these processes? 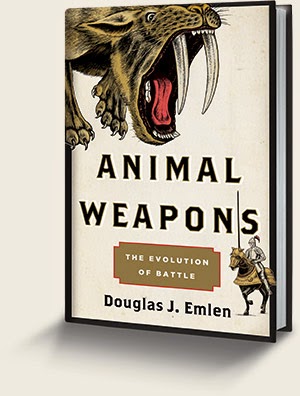 At first I resisted, but then I started digging. And digging, and digging — the deeper I dug the more astonished I became. The story really IS the same, and it applies to our weapons too.

I was nervous at first, about talking about military arms races, given my background as a biologist rather than a historian, but I stumbled on work by a true card-carrying (if there is such a thing) military historian (Robert O’Connell), and in his books (Of Arms and Men, in particular), he’d come to almost exactly the same conclusions that I had!!

I was blown away (fortunately, he turned out to be super kind and helpful, and he read through my entire manuscript and helped “fact check” a lot of my military history). So now I am much more confident that these parallels are real, and important.

So my book started out as a book on animal weapons, with a chapter or two tacked on at the end comparing human weapons.

But my editors wanted a lot more, so it then became a book with animal chapters, and boxes inserted into each chapter with the human parallels. But they wanted more still, so, in the end, as you know, it became a book that flowed back and forth between these realms and covers them fairly equally.

Bottom line: it all started with me taking the time to step back and think outside of my box, digging into the literature on lots of diverse weapons that are not beetle horns. But the project pulled me in and became rather all-consuming, and the book evolved a ton as it came together. 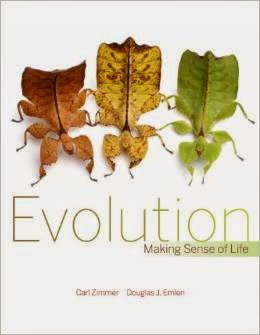 Q: You write, “I set out to find the craziest, most bizarre animals that I could.” Of all the crazy, bizarre animals you discuss, do you find some especially intriguing?

A: Harder to answer than you might think. I love animals with extreme shapes — things that look like they shouldn’t be possible. So, in a sense, the book was a chance to read and write about all of my favorite beasts…

If I have to single out a few, I’ll choose the sabertooth, because it was the catalyst for an important epiphany for me (see below, re ambush predation), and the harlequin beetle, since it’s the most gangly/awkward animal I’ve ever seen.

I had a tough time initially explaining big weapons in predators —like forcing a square peg into a round hole, they just didn’t fit. For me it was the saber-toothed cat that served as the epiphany, when I realized that these guys were ambush predators.

Just like that, all the pieces began to fit again — predators can only afford to invest in bulky, clunky weapons when they do not need to chase down prey. Ambush! This little idea works all over the place, explaining, so far as I can tell, every single example of a predator with extreme weapons.  I also think this idea is brand new.

Q: Can you describe more about the relationship between animals’ weapons and human-made weapons?

A: I think the evolution of these two types of weapons is exactly the same — parallels hold at every level of the process, from the factors that start an arms race, to the way the arms races unfold, and even to why and how they end.

But even more than this, I found the fact that these parallels provided an exciting opportunity to better understand BOTH types of weapon — simply making the parallels opened doors, so to speak, leading to important new insights that might advance both fields…

The fact that this applies to human weapons was initially inferred by O’Connell, but for reasons I don’t understand never really took off. I tie things together slightly differently from him, so, in a sense, the parallels I draw are new…but really it’s the insights about animal weapons that are the most novel.

One of the truly remarkable things that happened along the way was that I realized each “system” — animal weapons and manufactured weapons — had strengths and weaknesses, and these complimented each other.

This meant that things that are almost impossible to study in animals are well documented and clear in human arms races, and vice versa. So the respective literatures led me in directions that are new and exciting, and, as a result, I think that there are several additional results that are groundbreaking.

The first of these is the importance of duels. Animal behaviorists have long known that localized, economically defensible resources are critical for explaining territorial behavior, and, as a corollary, situations where investment in fighting structures is likely to be cost-effective.

But this explanation only goes so far. The mathematical models of fighting and escalation all start with rival males battling — so they are built around one-on-one interactions (and as a result they work!), but it was taken for granted, done for mathematical simplicity and because that’s what animals did when people watched.

Nobody had ever appreciated the fact that duels are very different from scrambles, and duels matter. THAT insight came from the military literature, and work of folks like O’Connell, who long ago appreciated that technologies that align interactions so they unfold one on one could tip the balance and spark an arms race. 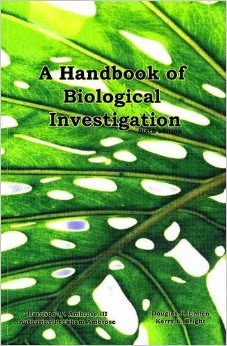 BUT this works for animals too!!! Again and again, once I applied this logic to animals, the pieces fit together — duels were the essential missing link, and it had been sitting in front of our faces all along, but we never appreciated it.

I think this is going to prove to be an extremely important (and testable/useful) insight for the field of animal behavior, and evolution, that is new.

The second concerns how arms races end. Biologists have known for a while that arms races DO end —phylogenies all show that big weapons occasionally disappear. But we never get to see this process in action, and thus it is not something we have much insight into.

The military literature has loads of insight to offer here, and arms races collapse because the weapons become too costly, and/or because a cheater/sneak tactic becomes effective enough, eroding the payoffs enough, that what had been a benefit suddenly becomes a liability. Done. Intuitive and obvious, right?

But again nobody had applied this logic to animal weapons. We have sneaky males everywhere — there is a rich literature on alternative male tactics — but it had not been considered in the context of collapsing an arms race. So I think we now have some brand new hypotheses ripe for testing in animals, and this, too, is a new insight from this book.

Q: What are the most important pros and cons for an animal with huge weapons (antlers, tusks, etc.)?

A: For predators, the pros of big weapons are an ability to kill ever larger prey. The biggest con is lack of speed/maneuverability. This can be life or death, if it costs you the chance to catch prey.

Talking about sexually selected weapons (i.e., not predator weapons, but weapons used in male-male battles), the pros are all about reproduction.

Successful males, by virtue of winning fights over key territories or resources, sire more offspring than less successful males. The vast discrepancies between winners and losers mean that the payoffs can be enormous, selecting very strongly for bigger and bigger weapons.

The costs come in many forms (I actually  have an entire chapter dedicated to this), ranging from stunted growth of other body parts, due to the cost of allocating resources to growth of the weapon, to weakened skeletons/osteoporosis resulting from leaching of crucial minerals needed for antler growth, to awkward movement and increased risk of predation. The costs can be rather stunning!

A: My next assignment is to write a children’s chapter book (aimed at 8 – 10 year olds) about my adventures in the rainforest studying beetles. It will be a sort of a companion book to Animal Weapons, but will focus on solving the mystery of why only some species have horns.

I will be working on this book starting this month (and I took my own kids to Panama this past Thanksgiving week, so that I could watch them in the forest and see how they perceive things, etc.).