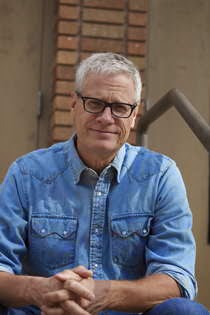 Lin Enger is the author of the new novel The High Divide. He also has written the novel Undiscovered Country, and his short stories have appeared in various publications, including Glimmer Train and Ascent. He teaches at Minnesota State University Moorhead.

Q: The High Divide has been called a Western version of The Odyssey. How did you come up with your character Ulysses Pope?

A: In fact, I was not thinking about Homer's epic when I started writing the novel. Critics have noted the parallels between The Odyssey and The High Divide, and I was aware that might happen. But when I invented the character (who happens to be a Civil War vet) and needed a name for him, the figure who came to mind was U.S. Grant. Only later did I think of Homer's hero.

That said, yes, there are obvious ways in which my novel is indebted to The Odyssey. But how does one not invoke Homer when writing about a veteran haunted by war and trying to find a way back to his family (psychologically, in this case)?

Q: You’ve included a historical figure, 19th century Smithsonian bison expert William Hornaday, in the story. Why did you decide to make him part of the plot? 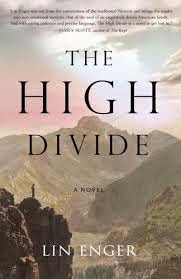 A: It was William Temple Hornaday (curator and chief taxidermist of the Smithsonian Institution in the late 19th century) who provided the first inspiration for this novel.

Sometime in the 1990s I read for the first time about Hornaday's 1886 expedition into Montana Territory for the purpose of hunting bison. Hornaday was not only an accomplished museum curator but also a noted conservationist who was fully aware of the irony involved in killing animals for the sake of preserving their memory.

Already in 1886 the bison was near extinction; two years before, in 1884, the money hunters had all but finished off the North American herds. Hornaday was simply doing what he knew he must do, for the sake of posterity; and his autumn hunt was successful, resulting in 25 hides and their respective sets of bones shipped back to Washington, D.C., where that winter Hornaday created the lifelike bison panorama that stood on display for the public until the 1950s. I should note that Hornaday went on to lobby successfully for the legal protection of the bison.

I knew from the moment I encountered Hornaday's Montana story that I would write about it some day; but I'm a novelist, not a historian, and my challenge was to find a way to incorporate that fascinating bit of history into a fictional story.

As it happened, Hornaday remained a minor character in the novel, and his remarkable hunt comes into play only in the novel's second half; the primary storyline concerns a family whose father participated in atrocities committed during the post-Civil War Indian conflicts on the plains. 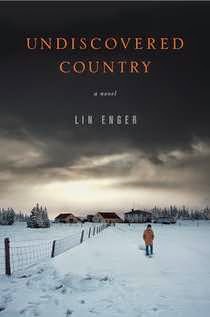 It had grown clear to me as I researched and made notes for my book that one cannot consider the story of the American bison without first taking into account the far more important matter of how the fate of the plains Indian tribes was tied to the destruction of the herds.

Q: Relationships between fathers and sons play a big role in your novels. What particularly interests you about that dynamic?

A: Such a hard question! I wish I could answer it. Maybe my obsession with the father/son dynamic has less to do with me, personally, and more to do with a society, ours, in which the role of the father has changed radically in a relatively short time--since the Industrial Revolution, when men first began to leave their homes in order to provide economic stability for their families.

Maybe most children in our culture grow up with a largely absent father. Maybe the family in my novel represents the last generation in which it was expected that fathers taught their sons how to work, how to care for a family, how to manage a home, and how to navigate the world as a man.

Q: Do you know how your novels will end before you start writing, or do you make major changes along the way?

A: Yes, and no. Novelists tend to fall into one of two camps on this question: those for whom discovery is the reason for writing, and those who must know where it is they're going before they start out.

I'm in the latter camp. That's not to say I know the whole story before I begin. I do know, however, what the end is going to be like--in other words, what the main characters will come to learn about themselves, about the world, and about each other.

How they get to that point, though, is largely a mystery to me until I begin journeying with them. It's analogous to a road trip: If I'm going to drive to California from my home in Minnesota, I like to know my specific destination before I get started--say, Palm Springs.

But I don't know every highway I'll be taking to get there, or every restaurant I'll be eating in along the way, or every town I'll stop off at for a night's rest. The trip has a fixed beginning and a fixed ending--all else reveals itself in real time.

A: I'm currently writing the first draft of a new novel, which is set in the decade of the 1970s. I'm too superstitious to say anything about the plot, the subject, or the characters. As Hemingway said, talking about a book that hasn't yet been written will ruin it.