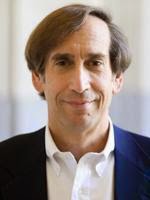 Aaron David Miller is the author of the new book The End of Greatness: Why America Can't Have (and Doesn't Want) Another Great President. His other books include The Much Too Promised Land. He is vice president for New Initiatives and a distinguished scholar at the Woodrow Wilson International Center for Scholars, and has served as an adviser to many U.S. secretaries of state, focusing on the Middle East and the Arab-Israeli peace process. He is based in the Washington, D.C., area.

Q: You write that we should “think good, not great,” when it comes to American presidents. Why is “good” a better idea?

A: We can’t have a great president…it should be evident that it’s going to be extremely difficult for us to recapture greatness. [The great presidencies--Washington, Lincoln, and FDR--were facing] nation-encumbering crises; now we face much slower bleeds that are not subject to heroic presidential actions….

I’m simply arguing that 12 presidents and counting [since FDR], we’ve produced three with traces of greatness but it’s hard to capture the fable of what Americans believe a great president should do: emerge, weather the crisis, and fundamentally change the narrative….

Q: You describe President Obama as the “disappointer in chief.” Why were expectations so high for him, and why do you feel he's been unable to meet them? 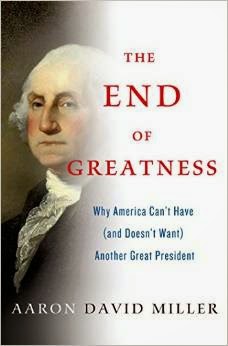 It’s a combination of forces—his own sense that he inherited a truly historic set of circumstances, that the public viewed him as a transformational figure. It didn’t help him that he [described himself] as post-partisan in a time of [partisanship]; that was his single greatest overreach.

If the economic recovery takes hold, and we are not attacked again, he will be remembered as a president who inherited tough circumstances and managed quite well, though now there is a perception of a guy who is over his head in the management department. There’s a difference between being a historic president, which he is, and a great president.

Q: You describe three presidents as having been great: Washington, Lincoln, and FDR. What did they exemplify, and do you think it’s possible to have another great president?

A: I argue that greatness is driven by a cocktail of three ingredients. Crisis is the most important. It sets the stage for the attainment of something extraordinary. If there’s a nation-encumbering crisis, it’s so hot, so relentless that you can’t escape it.

Some people confuse the crises we face now—I call them slower bleeds. They tend not to unite; they polarize. From immigration reform to Common Core to climate change, they are all polarizing.

The kind of crises I’m talking about are ones that fundamentally tamed the political establishment and created a sense that if the president knew what he was doing, the people would follow…these are the kinds of crises that open the door if you have the other two Cs—capacity, to use the system, and character, to do it.

Seeing those three ex-presidents as the greatest is very conventional wisdom. I do a cursory survey to show how high the bar really is. We’re really trapped in a presidential Bermuda Triangle, between the presidents we want and the presidents we can no longer have.

I’m not saying we can give up. The presidency is the one institution we all get to shape. The only time the word “I” appears in the Constitution is because the founders embedded the Inaugural Oath. We have a very special bond [with the presidency]. We can’t give up on presidents, but we have to be [realistic]. There is a real absence today of shared responsibility and shared sacrifice….

We transferred our loyalty from the political class to our actors and our athletes. It represents a fundamental shift. We really don’t know any more what greatness in our politics really is…. 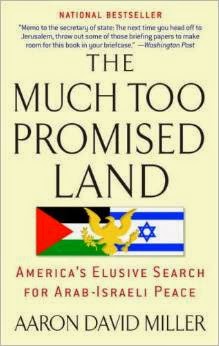 Q: Why didn’t 9/11 and its aftermath play that same role as a national crisis?

A: 9/11 might have offered an opportunity but the world got turned upside down. Instead of…coming together over national service or educating Americans about the part of the world the attacks came from [the focus turned elsewhere and the country found itself in] two of the longest wars in American history fought by [a small percentage of its citizens]….we became completely detached from these crises as the months and years went on. The wars seemed to lack purpose…

9/11 might have been too hard and might have required a different sort of leadership. I’m not sure you could have sustained the country’s interest. It was a one-off, fortunately for us, but it created an insular response.

It may be symptomatic with the changing nature of American politics; national moments become just that. Look at Newtown [after which there was a sense that there could be] some fundamental change. Look at Ferguson and Eric Garner. I don’t know what the upshot will be. It’s not amenable to heroic presidential resolution.

Q: Is the partisanship you discuss in the book likely to continue indefinitely, or is there a possibility for change?

A: I’d like to think [it’s] going to change, but look at the impact it’s had, [with] shifts from the policy dimension to the personal dimension. It does prevent the bipartisanship that’s so important in change. It turns the president into a leader of a partisan party without the depth needed to give legitimacy to his issues.

We have come to doubt the institutions of our government. It’s no coincidence that the two significant protest movements of the last decade, Occupy Wall Street and the Tea Party, made big government, big institutions, big banks the object of their anger, and the polls bear it out…

A: We face a global deficit in leadership. I realized working on the Arab-Israeli negotiations that every time we had a breakthrough we had a leader who is a master of politics. We have no leadership on either side today….

Mandela’s passing was so compelling; people sensed the absence of leadership today. Francis I, the pope, probably would fulfill the requirements for greatness today. It’s a global leadership deficit today. It’s hard to acquire and use power today, and the media makes it harder, and we compare leaders using a historical frame of reference that makes it virtually impossible for them to pass the greatness test.