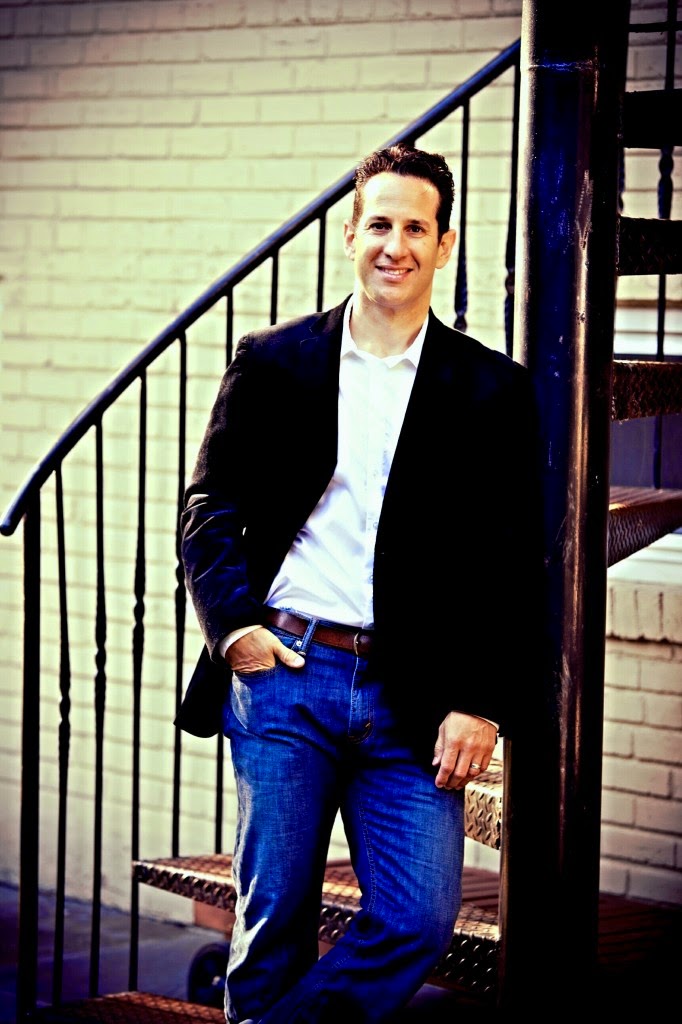 Mark Lee Greenblatt is the author of Valor: Unsung Heroes from Iraq, Afghanistan, and the Home Front. He is an attorney who specializes in criminal and ethics investigations, and he lives in Bethesda, Maryland.

Q: You write that “this generation does not have an Audie Murphy, and I set out to change that with this book.” How did you pick the people on whom you focused in the book, and how do you define heroism?

A: Finding stories of heroism by American troops is not difficult -- our men and women in uniform are doing amazing things all the time.

What really captivated me about the stories in Valor is that, despite the maelstrom unfolding around them, each of the men had a moment of relative safety, when the bullets weren’t flying directly at them or they had an option to seek safety.

But each of the heroes chose to go into the line of fire – literally, in most cases -- and risk their lives to save a buddy or accomplish a mission. It was that moment of decision that fascinated me. To me, that decision -- the choice to leave a position of safety (or forego a safe haven) and go into greater danger for a greater good -- defines heroism.

Q: How did you convince these service members to talk to you about their experiences?

A: As I said earlier, finding stories of incredible heroism on the part of our troops was the easy part. Convincing them to talk about it for a book, however, was another matter. Many refused, citing a strict, unwritten military code prohibiting anything perceived as self-aggrandizement.

Over the course of five years (!), I enlisted -- through an intricate combination of begging, pleading, and cajoling -- nine individuals to participate in my project.

The men who agreed to share their stories with me did so not out of any desire to be famous. What convinced them to participate was the sense that their stories were representative of military heroism in a broader sense; that sharing their stories would shine a light on the experiences of other men and women in the armed forces, and hopefully give civilians a better understanding of what returning service members have experienced. 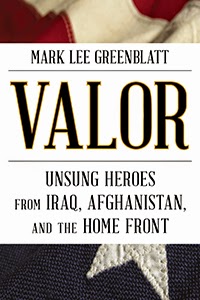 Several of the men I interviewed also did so out of a desire to change the media narrative. It's sad to say, but our media attention has focused for years on negative stories coming out of Iraq and Afghanistan -- not to mention the negative stories about veterans here at home.

The men in Valor were willing to share their stories in order to counter all that negativity and establish that there are positive stories out there.

Q: What type of research did you do for the book, and what surprised you most?

A: I have conducted investigations in my day job for more than a decade, so I treated these the research for Valor like an investigation.

I conducted lengthy interviews with the heroes themselves, as well as other witnesses to the incidents. I also conducted research to develop the stories as much as possible, like examining the after-action documents, the witnesses' e-mails immediately following the incidents (which frequently provided vivid details), and the descriptions on the respective military honors.

I also researched the history of the areas where the incidents occurred to round out the stories.

What surprised me? First, I expected the best parts of the stories would be the bang-bang-shoot-'em-up stuff.

But, after conducting just a handful of interviews with the heroes, I quickly realized that that the most interesting aspect of these heroes was about them as three-dimensional people.

They are not caricatures of GI Joe. They were not big meatheads with large weapons who had done brave things. To the contrary, they were well-rounded, smart individuals with full lives -- these men were real people, including sappy fathers, scholars, musicians, and amateur philosophers.

Learning about their backgrounds was fascinating to me, and I found those angles to be integral to their tales. Basically, I realized that limiting the stories to the combat scenes would be an injustice. So I developed themes that revealed the heroes’ humanity and complemented the combat narratives.

I was also surprised at their humility.  All of them -- every single one of them -- insist that they were not heroes at all. In fact, they really bristle at the term "hero." To a person, they say that they did what everyone else would have done -- that they just happened to be in the right place at the right time.

They consistently deflect credit, pointing instead to the actions of a colleague, or attempt to downplay the bravery of their actions or the dangers they faced. But facts are stubborn. And, in their case, they add up to remarkable stories of bravery.

I was also stunned at how much these guys, as well as the other military people I met, love their brothers. Their bond is unlike anything I have ever seen. We have no equivalent in the civilian world, and to be honest, I envy the level of commitment that they have for each other.

They will do virtually anything to help each other, no matter what it takes. That moved me, and I think we civilians can learn from that bond.

I also learned how hard it is to get a book published these days!  I can’t count how many of my messages were never returned and how many proverbial doors were slammed in my face. (On the flip side, I learned that persistence pays off!)

Q: What more can you say about how your background as an attorney complements your writing?

A: As I mentioned earlier, I have led criminal and ethics investigations for more than ten years. So it's almost second-nature to gather evidence and write up the findings in a compelling fashion.

I found the writing to be similar in many ways -- while an attorney writes to lead the reader step-by-step through a persuasive argument, I felt like I was leading the reader through the events -- essentially, I viewed it as persuading the reader that the heroes' actions were truly remarkable.

So I would build the argument brick-by-brick, just like when I was writing briefs for a court. To be sure, the writing styles can be  quite different, like word choices, the cadence of the sentences, the pacing of the narratives, and the use of pull-backs to foreshadow events. But I did find many similarities.

Beyond the writing, interviewing the witnesses was also similar to my experience as an attorney. I would interview them to get a full download on the facts underlying the incidents and their perspective on a variety of issues, which was quite comparable to scores of depositions and interviews I've led over the past 15 or so years. I found myself using similar techniques to exhaust their knowledge on subjects and clarify what exactly had happened.

That said, of all of those depositions and interviews, the interviews for Valor were among the hardest. These men are hardened in many ways, and discussing their emotions and feelings does not come naturally.

Not to mention that it was painful for some of the guys to discuss their stories, particularly when friends had died or suffered debilitating injuries. A few of them told me that they hadn’t really explored their feelings about the incidents in such detail before, so my interviews were akin to therapy sessions. Several of them cried during the interviews. (And so did I.)

So I had to use all the tools in my interviewing toolbox to get them to open up and discuss these incidents and their feelings.

A: At this point, I'm still focused on the launch of Valor, with many more events and speeches coming up. It's been a wild ride, let me tell ya!

But, to answer your question, writing is certainly addictive -- especially stories about incredible people doing incredible things. I have received such wonderful feedback from fans for promoting positive stories that I think there is a real hunger in America for inspiration. So I would love to explore more stories in that vein.

That said, I do have my hands full with a full-time job, a wonderful wife, and two highly energetic boys. So we'll see...

A: One thing that I should mention is that readers can go on my website, http://markleegreenblatt.com/contact/, and e-mail directly with the heroes (or their families). It's a cool feature, and I know the heroes love hearing from people who were touched by their stories. (And they'll write back too!)

My website also has tons of information on the heroes, including updates on where they are now and amazing pictures of the battle scenes.

And I'm going to donate proceeds from the book to military and veterans' charities.

--Interview with Deborah Kalb. Mark Lee Greenblatt will be participating in the Lessans Family Annual Book Festival at the JCC of Greater Washington, which runs from November 6-16, 2014.