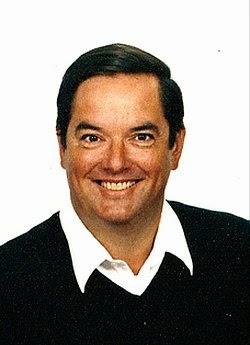 Thomas Maier is the author of the new book When Lions Roar: The Churchills and the Kennedys. His other books include The Kennedys: America's Emerald Kings and Masters of Sex, the basis for the Showtime series. An investigative reporter for Newsday, he lives on Long Island, N.Y.

Q: Why did you decide to write about the Kennedys and the Churchills in your new book?

A: First, it’s never been written before. Why hasn’t it? That’s a whole discussion in and of itself. Part of why is because Winston, at the end of World War II, took all his papers and was determined to write the history of World War II from his perspective.

In the case of the Kennedys, when Jack Kennedy ran for Congress, their experience in England…was not a political advantage but a political negative for JFK in a Catholic district in Boston.

The other major reason why neither family wanted to show their friendly acquaintance was because of the liquor deal [in the 1930s involving both families], which is one of the most extraordinary things about my book. 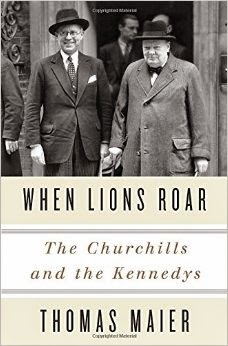 I think the Kennedys and the Churchills together embody the transfer of 19th century and early 20th century British empire, the burden and the glory and the responsibility of the British empire,  [and] how it was transferred to the U.S. The imperial quandary the U.S. found itself in was engineered by Winston. We live with that imperial responsibility and burden very much around the world….

Finally, the thing that intrigued me about Winston and JFK is they are the warriors, the historians, and the statesmen of their times. Both have experience with war, that taste of war, and their views about war informed a lot of their decision-making. They were journalists and historians, and they knew the power of the printed word.

Q: Much of the book focuses on the World War II period. What would you say about the dynamic between Winston Churchill and Joe Kennedy during the buildup to and start of the war.

A: Joe Kennedy and Winston shared two of their best friends. Lord Beaverbrook is one of the most fascinating characters I’ve ever come across. Winston entrusted the fate of the British empire to Lord Beaverbrook, and his abilities to build up the Air Force and resist an attack from the Nazis.

Bernard Baruch, heretofore poorly reported [on]...was Winston’s best friend in America. The friendship lasted 50 years. In Joe’s case, there’s a great photo in the book, Joe and Bernard Baruch together in their heyday, with argyle socks on, two birds of a feather, brilliant businessmen. 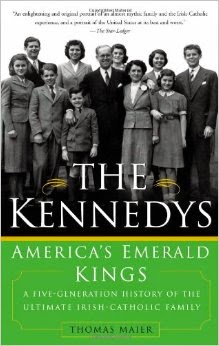 I think Winston and Joe Kennedy were very inclined to be friends, and were friendly for years. They shared some of the same friends and business interests.

Fate intervened with World War II and their very different views of the threat of Nazi Germany. Winston saw Hitler as a fatal threat to the future of freedom and democracy, as it proved to be.

Joe Kennedy was an isolationist, very much the head of a big brood of children. He invested so much in his sons, and saw World War II correctly as a conflict that would kill his oldest son and nearly fatally injure Jack.

Also, Joe had the view of a lot of Americans, particularly Irish, who knew what it was like to be under the threat of colonial rule, as told by their Irish ancestors. If you’re one or two generations removed from the boat, you wound up being very anti-imperialist, looking at the British empire with a great deal of suspicion. That coincided with U.S. isolationism….

Q: Do you plan to write another book about the Kennedys? 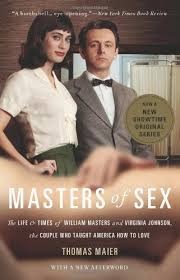 A: I didn’t plan on this book! I had finished the other book—it was a big book, and I wanted to go back to traditional biography. That’s what Masters of Sex was. Masters of Sex is very insular. It’s very much a story of a man and a woman. This is history on a grand scale—war and peace, dynastic families, two large wars, one very hot war and one very cold war, spies, romance.

Q: So you weren’t thinking about going back to the Kennedys.

A: It was always in the back of my head. After the biography of Masters and Johnson, I wanted to do a book that was more history-based, a big, sprawling history.

One of the surprises to me is the role of some of the women in the book. Kay Halle—I don’t think Kay Halle ever got her due. Margaret Coit—that was an amazing story. The woman had already won a Pulitzer Prize. She had a short period of dating JFK before [his] meeting Jackie.

I had never read anything as fascinating about what it was like to date JFK. He was both very attracted to Margaret Coit’s intellect and great achievements, and then there was another side to him; he had his hands all over her. His view of women and sexuality was really captured in the oral history Margaret Coit gave at the JFK Library….

Pamela Churchill—it’s amazing to me, she waves bye-bye to Kick Kennedy on the fatal plane ride. [And then there’s] the fact that Winston apparently knew about the affair Pamela had with Averell Harriman, the man FDR sends to London to replace the disastrous Joe Kennedy…

A: I was in London doing research, and we went to see, at the Globe Theater, a Shakespearean play [The Taming of the Shrew], and there’s the quotation at the beginning of the book about the roar of lions. Maybe it’s fate! I could have been talked out of it…but I always had it as my title, and my editor liked it, and the literary allusion it had. Winston always referred to the roar of the lion.

A: I’m supposed to sit down [soon] with my editor and talk about ideas. I hope to see When Lions Roar become part of narrative television, as a miniseries or series.