Anjali Mitter Duva is the author of the new novel Faint Promise of Rain, set in 16th century India. She is the co-founder of Chhandika, a group that promotes classical Indian kathak dance, and she lives in the Boston area.

Q: How did you come up with the characters of Adhira and her family?

A: For some people, the characters are what come first. For me, the first layer of the story was the setting, like a canvas with a paintbrush filling in the environment before populating it with people.

In 2001, I traveled to India with my husband, returning to one of my favorite childhood destinations, the medieval fortressed city of Jaisalmer in the Thar Desert, in the state of Rajasthan.

The raw beauty of the area—temples and fortresses rising out of the golden sand—made a lasting impression on me. Combined with the legends of Rajasthan’s battle-filled history and my discovery of kathak dance, an ancient storytelling art, everything converged.

And then I read a beautiful and haunting anecdote in a guidebook to Rajasthan: it’s possible for children to reach the age of five without ever seeing rain, and therefore the ceilings and walls of royal children’s bedrooms were sometimes painted with cloud designs so that when it did finally rain, they would not be afraid.

I wrote this image down, and everything else started spilling out. I imagined a child in Rajasthan, and she would be a dancer, because kathak dance was very much on my mind at the time, and starting to be in my body as well.

Around the same time, I helped co-found a non-profit organization dedicated to kathak dance, and in so doing I did a lot of reading about the history of kathak.

I learned that one school, or lineage, has its origins in Rajasthan. I soon discerned how the stories of the country and of the dance paralleled each other, with matching upheavals as power changed hands in India from Hindu kings to Muslim Emperors to British colonialists and back into Indian hands.

So this dancer girl I imagined, I chose to have her inhabit Rajasthan in the mid 16th century, when a new Muslim Emperor, Akbar, took the throne, casting a shadow of fear among traditional Hindu temple dancers who had upheld a tradition for centuries already.

I imagined that Adhira, as I named the girl, would be the embodiment of that tradition and of dance, but that each member of her family—her father, her mother, her siblings—would react differently to the perceived threat, and that would be the essence of the conflict in the story: each one, out of a combination of love for Adhira and fear, would make choices that would end up being terribly at odds with each other. 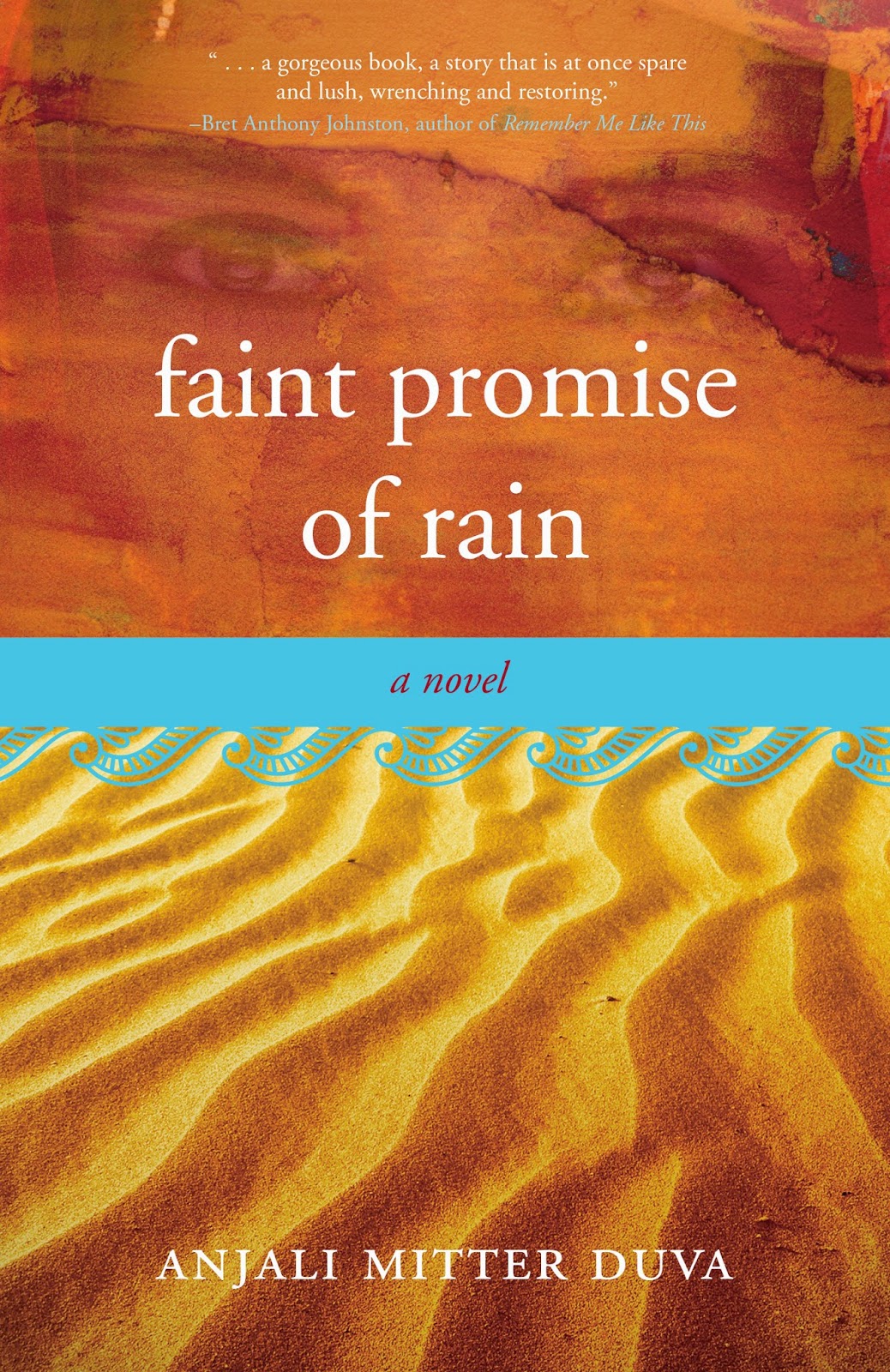 Q: How did you first get interested in classical Indian dance?

A: I grew up traveling frequently to India, my father’s country of origin. At one point, I saw a kathak performance. I can’t remember exactly when or where it was, but I do remember being mesmerized by the percussive rhythms of the footwork, the dazzling contrast between dynamic movement and sudden moments of stillness.

When I was in college, I studied a martial art, Tang Soo Do. After graduating, I moved away, and there was no school nearby that taught that style. After a few years, I decided to try something new.

I gravitated toward dance, but I wanted something with a similarly rich tradition, with an emphasis on discipline and culture. By total coincidence, a wonderful kathak teacher, Gretchen Hayden, was holding classes at a dance center just down the street from me. I stepped timidly into her studio, and was smitten.

Q: Why did you decide to tell the story from Adhira's point of view, while also focusing on the lives of her various family members?

A: My initial idea was that Adhira would be a composite of other people’s views of her, and the reader would not hear from her directly. She was to be more of an idea, a symbol.

Early drafts of the novel were in close third person, with each chapter offering the focused view of one character, but never Adhira. The feedback I received was that people wanted to hear from her directly.

And this makes sense. It wouldn’t have worked to leave her, so central to the story, silent. So I added in her perspective, but I did not want to lose the closeness with her parents, her siblings.

The result is a bit unconventional, but Adhira is divine, gifted, so it is not surprising that she has insight into the minds of others.

Finding the title was one of the hardest parts of writing the book! I had a full draft of the manuscript to send out to agents, but no title. I wracked my brain, drank wine with my writing group to brainstorm, but nothing suitable came to mind.

Finally, I decided the title was somewhere in the book. So I re-read it, paying attention to every word, and there it was. When I saw it, I knew that was it.

A: My plan is to write four books, each set at a time of transition in India and in kathak. The dance started out, over a thousand years ago, as a storytelling medium. Itinerant dancers and musicians traveled from village to village bringing the stories of the great Hindu epics, the Mahabharata and the Ramayana, to the people.

Kathak then developed into a devotional temple dance. Young girls were “married” to the temple’s deity and served the temple as dancers. These young girls, usually given or sold to the temples against their will, had sexual duties toward wealthy patrons who, in exchange for their favors, helped support the temple.

Then, the Indian subcontinent fell under Muslim rule as a series of new emperors, expanding their territory from Persia, took over, forming the Mughal Empire. Under Mughal rule, kathak was brought into Muslim courts as a form of entertainment, performed by courtesans. It shed some of its overtly devotional aspects, and was heavily influenced by rhythms, patterns and movements from Persian dance.

When the British supplanted the Mughals and came to govern India in the mid-1850s, they outlawed kathak for being supposedly immoral. For decades, the dance was kept alive by prostitutes in red light districts, until it finally re-emerged onto the national and international stage during India’s early struggle for independence in the 1920s and 1930s.

Faint Promise of  Rain begins just as the new Mughal Emperor, Akbar, sets his sights on Rajasthan, still under the rule of independent Hindu princes.

The second book, which I’m working on now, will be set in Lucknow in the 1850s, the years before, during and after the fall of the last Nawab, or Indian governor, to the British.

Lucknow, dazzling in its architecture before it was destroyed in battle, also happened to be a center of literature, music and dance, in large part due to the Nawab’s love of the arts. The main characters are a courtesan and her half-French son.

A: One additional question might have been: how has the experience of learning kathak affected your writing or the story? Aside from the fact that I would never have had the inspiration for this set of books without kathak, I do think that being on the dance floor, feeling the movements and rhythms, affected how I thought about rhythm and meter in my writing.

There was always, somewhere in the back of my mind, the sound of the tabla (or pakhawaj at the time), the patterns of compositions. I enjoyed transcribing dance moves onto the page, and now I’m finding it impossible not to incorporate some movement into my readings at events.

Kathak being itself a storytelling art, I feel like it all comes together very neatly and, I hope, beautifully.