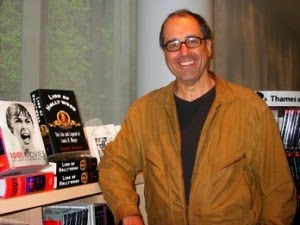 Scott Eyman's most recent book is the biography John Wayne: The Life and Legend. His other books include Empire of Dreams, Lion of Hollywood, and Print the Legend. The former literary and art critic for The Palm Beach Post, he lives in West Palm Beach.

Q: Why did you choose to write a biography of John Wayne?

A: The short answer is that I spent 90 minutes with him when I was a kid. The guy I spent 90 minutes with was not the guy I expected to see. I dodged [writing about him] for a long time—I knew it would be big, it would be long, it would be hard to shape. I figured, life’s too short. I kept waiting for somebody else to write it. I thought I wasn’t getting any younger, and certain people deserve to be paid respect, [so eventually] I nominated myself. But I didn’t leap into the void.

Q: You write, “It was the western that defined John Wayne for audiences the world over, that made him the symbol of America to the world at large.” How did John Wayne become that symbol? 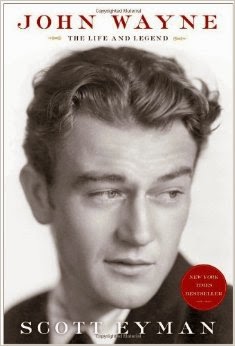 A: It was a combination of factors. As he found his sea legs as an actor, he began to set parameters for himself. He would play a bastard. He would play an SOB. He wouldn’t play someone petty, or small, or someone who would be brushed aside. He played characters of size. You didn’t have to like them, but you couldn’t disrespect them.

Over 30 or 40 years’ time, there was a certain set of characteristics of John Wayne films. They weren’t all Westerns, but he fit particularly well in Westerns because of his physique. He filled the frame. Not every actor filled the frame; they didn’t have the personality to fill up Monument Valley.

And then there was the fact that he became the adopted son to [director] John Ford. They made 15 or 16 pictures together. They were not all great, but a lot were. And why John Wayne, why not Gary Cooper? A lot came down to how many really good films you made…Ford and [director Howard] Hawks understood that you could do things with Wayne that you couldn’t do with any other leading man. He would hold the screen. 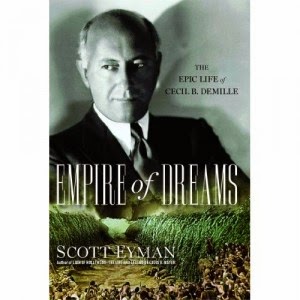 Q: You quote John Wayne as saying, “I’m Duke Morrison [his real name], and I never was and never will be a film personality like John Wayne.” What were some of the differences between Duke Morrison and his film alter ego?

A: …As a person, I found him much more contained than his screen character. On screen, his gestures were large, he would talk in a very declamatory, commanding tone. Off screen, his body language was quieter, his voice was pitched to a normal tone.

People would be intimidated when they met him. He filled the room. Because he liked people a great deal and wanted to be liked, he learned how to adapt in a non-threatening posture, whereas John Wayne on screen doesn’t care if he’s threatening or not. As a person, he didn’t come on strong, unless he was angry. His body language, his voice, was different. 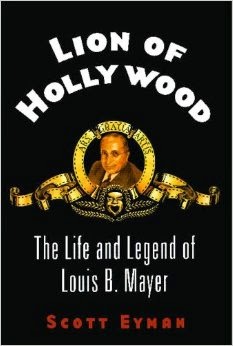 He contained that guy, but it wasn’t a 1-to-1 overlap. He was 50 to 60 percent that guy in front of the camera, but a lot of it was projection.

Q: What do you think is John Wayne’s best film, and why?

Juxtapose that with They Were Expendable, where he’s much more aggressive, or Rio Bravo...His greatest performance is probably Red River or The Searchers. [In The Searchers,] he’s the only guy who can get the girl back. No one else is going to be that stubborn; he’s out there six or seven years. Well, that’s stubborn! I like Red River too. She Wore a Yellow Ribbon is gentle and sad at the same time. He’s playing a guy who tries to avoid war—that shows the range of his abilities. 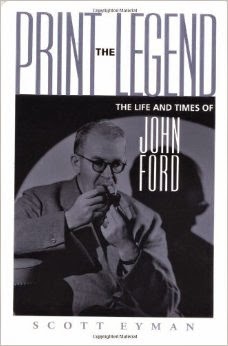 Q: How did John Wayne’s politics affect his films?

A: He tended to play outlaws for a while, in the 30s and 40s. In the 50s, he edged away from that. As he became more successful, he felt more a part of the mainstream, and he tended to play agents of that culture—sheriffs, landowners. Guys a lot like he thought himself to be—started with nothing, and built up an empire.

A: I’ve started work on a book called Hank and Jim, about the friendship between [Henry] Fonda and [James] Stewart. It’s about their coming together in 1932, in the pit of the Depression. They were roommates together in New York, and in Hollywood. Stewart was very conservative and Fonda was very liberal, but they found a way to stay [close].

A: I’m so pleased by the response [to the John Wayne book; it] hit a reset button in people’s perceptions of John Wayne. He was more than the guy they took for granted for so long.