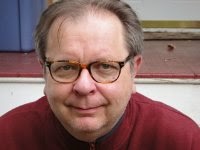 Jamie Malanowski is the author of the new biography Commander Will Cushing: Daredevil Hero of the Civil War. His other books include And the War Came, The Coup, and The Book of Levon. He has written for a variety of publications, including Spy, Time, Playboy, and The New York Times, where he was lead writer for the Civil War Disunion series.

Q: Why did you decide to write about William Barker Cushing, and how did he come to be, as you say in your book, “all but unknown today”?

A: I have known about Will Cushing literally since I was eight years old. On January 6, 1961, Life magazine published the first of six issues dedicated to the centennial of the Civil War.

The editors commissioned 10 artists to illustrate scenes from the war. In addition to creating the cover, an astonishing painting of the cavalry charge at Brandy Station in 1863, the artist C.E. Monroe painted “The Sinking of the Albemarle,” which showed Cushing--the daring 21-year-old naval lieutenant--in the midst of his great David vs. Goliath victory over the fearsome Confederate ironclad.

The painting stretched across two pages, and I was captivated. I'm delighted that Buck Monroe, the painter's son, allowed me to use the image on the cover of my book.

In the ensuing years, I read Lincoln's Commando, Roske and Van Doren's 1957 biography of Cushing, which showed that there was more to Cushing than one magnificent triumph.

A few years ago, casting about for my next project, I proposed a new biography of Cushing. A half century had passed since Lincoln's Commando; if nothing else, I knew I could tell Will's story in a less stilted, less formal vernacular than Roske and Van Doren used.

I also knew that their book was written at a time when the average reader was less aware of psychological issues than the average viewer of Law & Order is today. I knew I could add that element. Fortunately, Tom Mayer at W.W. Norton agreed. 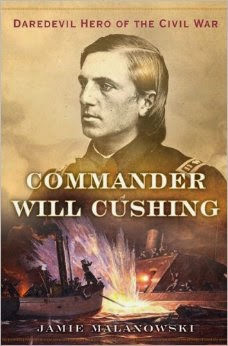 It didn't help Will's cause that (spoiler alert!) he died so young, at the age of 32; he belonged to one generation, and when that generation died, the memory of his deeds died with them.

It is also true that the North invested rather little in lionizing its heroes. It's not that the North disrespected them, but on the whole, once the war ended, it was back to business, and part of that business was reincorporating the seceded states.

Every year in Plymouth, N.C., the folks mark the April day when the CSS Albemarle came down river and helped “liberate” the town from Yankee occupation; they do not ordinarily celebrate the day in October when a gallant U.S. Navy captain sank the rebel ironclad. This year, however, Plymouth is making a big deal of the 150th anniversary of the event. 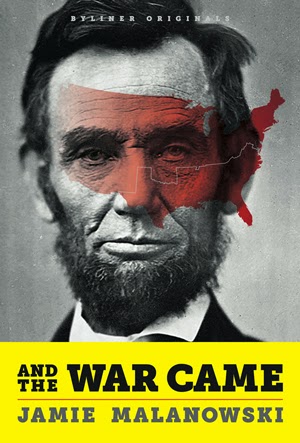 Q: You write that Cushing was “in a great many respects more a hero fit for our times than he was for his.” Why is that?

A: Until the 1950s or so, Americans preferred their heroes served plain--unalloyed great men and a few great women doing indisputably great things.

There were occasional scandals and more than occasional efforts to tar famous people, particularly prominent politicians, and once in a while, we admitted that maybe something we thought was great wasn’t necessarily all that good.

On the whole, however, we liked the way Parson Weems depicted Washington as the silver dollar-chuckin' lad incapable of lying who became the Father of his Country.

In more recent decades, we have grown accustomed to the idea that a person's greatness usually lives cheek-by-jowl with his or her failings; that sometimes the source of the greatness and the source of the failing is the same thing; that sometimes it takes an insane person to get something done; that conquering the West was a mighty accomplishment, as long as you weren't an Indian or a buffalo.

During this time, we have learned that Nixon, Kennedy and so many other of our great men had monumental failings, and in a not unrelated development, we have also grown to love the antihero: from Bogart in Casablanca, James Dean, Easy Rider, all the way up to Tony Soprano and Walter White, we have seen that darkness can be more intriguing and more revelatory that constant sweetness and light. 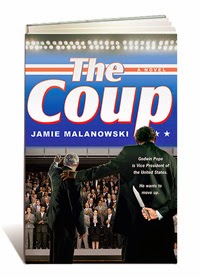 Even the most straight up heroes--James Bond, Bruce Willis's John McLane in the Die Hard movies--are sarcastic rule-breakers. Will Cushing was as complicated as any of them: rebellious, iconoclastic, vain, immature, headstrong, and impulsive, but also brave, bold, decisive, and quite brilliant at his business.

A: I read extensively; I visited key locations; and I tried to make use of original documents wherever possible. When I began, I did not expect to turn up very much original material about Will, but much to my delight, I did uncover a little, and it was choice.

None of Cushing's previous biographers could make much sense of Cushing's rather mystifying dismissal from the Naval Academy mere weeks from graduation. The official explanation was that he had failed his Spanish midterm in January of his senior year.

Ousting a nearly fully trained officer on such a slender pretext even as war clouds gathered always struck Will's biographers as so unreasonable as to be unbelievable, and they pointed fingers at likely suspects responsible for his dismissal.

I'm happy to say that my researcher Katelyn Fossett and I managed to find several letters and documents scattered in four separate official repositories that no biographer had ever used before.

Not only do these letters effectively exonerate previous suspects, but show that the second-ranking officer in the academy's administration really thought Cushing was a jerk—“a talent for buffoonery,'' as he wrote--and should never become a naval officer. He engineered Will's ouster. 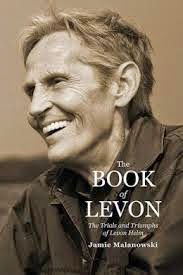 Q: You’ve written nonfiction, fiction, plays, screenplays, and magazine and newspaper articles. Do you prefer one type of writing to the others?

A: The longer projects tend to be more absorbing. Creating the narrative structure for a longer piece is also a puzzle, and rising to that challenge offers a satisfaction that shorter pieces cannot. But I like writing short pieces, too.

One of the first problems a writer has to deal with is knowing what his/her piece needs to be. A lot of bad writing results from misjudging this key question. Sometimes you won't be able to tell the story in anything less than 300 pages, and sometimes 100 well-chosen words will be perfect in every respect.

Writing a witty, erudite 250-word intro to a photo essay is infinitely more satisfying than cranking out 5,000 words on a topic that nobody cares about.

A: I am working on another book proposal, which is a whole 'nother breed of cat. I am also writing the book of a musical based on Henry Bushkin's recent memoir of his 18 years working for Johnny Carson.  Now that's a fun project about a complicated man!

The next time somebody starts talking about the fab new video game they've been playing, look at them like they have three heads, and start talking about a book.

When somebody starts extolling the latest cool episode of some TV series they've been watching, nod pleasantly and start talking about the latest cool chapter of some book you've been reading.

You can enjoy other activities, but do not waver. Read books. Discuss books. Champion books. Become an elitist bore. The future of the civilization depends on it.