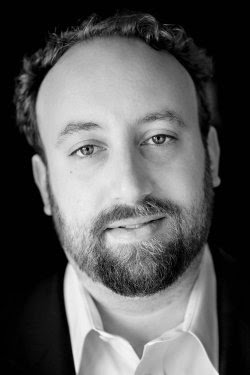 Joshua Safran is the author of the memoir Free Spirit: Growing Up On the Road and Off the Grid. He is an attorney who has worked with survivors of domestic violence and the wrongfully imprisoned. He lives in Oakland, California.

Q: You write, "Whenever I peeled away the layers of cause and effect that brought me into the wilderness, I always came back to Saigon. That faraway, long ago city stood at the center of the strange circumstances that conspired to deprive me of everything normal." Why did Saigon and the Vietnam War play such a large role in your life?

A: I grew up in Saigon's shadow. For my mother, the war was THE defining event in American history and her life. It represented the worst excesses of evil that capitalist America could wrought and spawned an equal and opposite reaction­- a second American revolution that was to rebuild America on a new foundation.

The fall of Saigon represented hope that America could be defeated, but a stinging realization that the revolution would have to wait. My childhood was essentially framed for me as a lull between Saigon and the next Vietnam when we would emerge to lead the next revolution, so the world was sort of divided in my childhood brain as pre-Saigon and post-Saigon.

Q: What was your relationship to religion as a child, and how did it change as you got older? 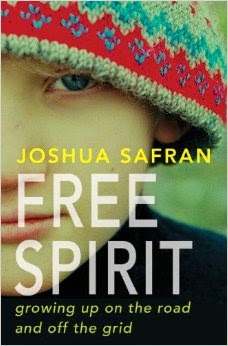 A: I was exposed to stark opposites. My mother's Wiccan and shamanic paths were so obviously contrived and haphazard that I couldn't take it seriously. The fundamentalist evangelical Christianity of the surrounding communities we wandered through was very organized and full of condemnation and judgment and was kind of scary.

So I rejected the notion of religion, but in numerous life or death moments had deep and primal spiritual experiences with some sort of supernatural entity that I didn't have the words to describe.

Later, when I discovered that I was Jewish and began to immerse myself in that tradition, I felt that the ancient and sophisticated language of the Torah provided me the vocabulary to explain and connect to this Spirit.

Q: How did you recreate the parts of your life story dealing with your childhood, and how difficult was it to relive some of the experiences you went through?

A: I interviewed my mother for a year as well as my Uncle Tony and other characters from back in the day. I also was fortunate to have access to my mother's journals and diaries as well as my own writing from the time. I was also blessed and cursed to have many very vivid memories from the numerous fight or flight moments in my childhood.

Reliving some of the abuse that my mother suffered at the hands of my stepfather and my own sense of boyhood cowardice for not protecting my mother was profoundly difficult, but also very healing.

Q: What has your mother's reaction been to the book?

A: I was expecting that she would struggle with Free Spirit more than she did. Her response to the second half of the book has been to say "guilty by reason of insanity." She felt that I should have explained her thinking more fully during the first half, e.g., why she thought living without running water or electricity was a good idea.

A: I'm overdue on a book proposal that is essentially a sequel, covering my teenage years and my warlock to rabbi transition, but am struggling to balance that project with my day job.

A: I continue to travel the country championing the rights of domestic violence victims and survivors and the wrongfully imprisoned and to raise awareness about these issues wherever I can. I have found that an amazing number of people passionately resonate with this work and the outpouring of support and has been staggeringly rewarding!

--Interview with Deborah Kalb. Joshua Safran will be participating in the Lessans Family Annual Book Festival, which runs from November 6-16, 2014, at the JCC of Greater Washington.