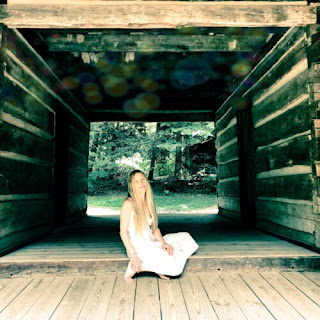 Sarah C. Patten is the author of the new novel The Measure of Gold, which takes place during World War II. She lives in Asheville, North Carolina.

Q: How did you come up with the idea for your character Penelope?

I decided to name my heroine after Penelope from The Odyssey. When Homer’s Penelope comes under attack by her suitors, she stubbornly resists, weaving in and out of her loom in a brave and stubborn resistance. She is underestimated while the men just wait.

Much like Homer’s Penelope, the women of occupied France in World War II quietly resisted the Nazis every day. Astute and innovative, they maneuvered in the shadows of their homeland.

In World War II, throughout France, women organized networks, rescued and transported Allied soldiers to safety, transmitted radio messages, couriered classified intelligence, but most importantly they listened and transmitted that intelligence to Britain.

The Germans made the mistake of underestimating these women again and again because of the Nazis’ deeply misogynistic beliefs. 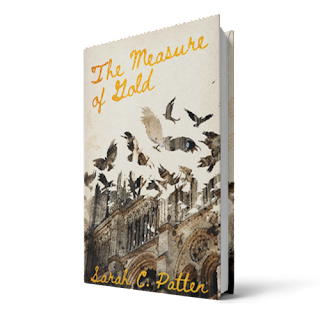 The Germans must have believed the stories from classical literature that portrayed woman as domestic and decorative, so it took the Nazis years to understand that French women were using their distinctly feminine powers to subvert the German occupation in plain sight.

Homer’s portrayal of Penelope’s acts of resistance and defiance and these stories of the French women from World War II offered profound inspiration for the character of Penelope in my novel, The Measure of Gold.

A: I am a huge history buff, so I did a ton of research for this book. As well, World War II is so well-studied that I knew I needed to get the details exactly right.

There were two aspects of my research that were quite surprising.

First of all, because the catastrophic losses of World War I for France and the fact that the Germans invaded and imprisoned or shipped off most of the able-bodied French men, occupied France was largely a country of women, the elderly, and children. As a result, it is understood that women represented 15-20 percent of the French Resistance.

Yet, out of the 1,036 members of the Resistance who were honored by Charles de Gaulle in the Order of Liberation, only six were women. Without a doubt these heroic women helped turn the tide of history, yet it was difficult for me to find historical accounts of these heroic women.

In the 1940s, French women could not easily transgress gender lines, so after the war their stories became muffled and buried. What we know about them is largely based upon a quickly fading oral history. Many researchers are now scrambling to do the important work of telling their stories, but a lot of details have been lost along the way.

Second, I was surprised at how difficult it was for me to find information about Paris during the German occupation. The memories of World War II are so difficult for Paris because they were overtaken so easily by the Germans. The French government fled the city without a shot even having been fired.

The collaboration that ensued in the years following the invasion was so devastating to the Parisian sense of liberty and strength that much of that story has been repressed or buried. I think it is a chapter of French history that is not easily talked about to this day.

A: I did not know how the book would end. In fact, I held off on the writing the last chapter until very late. I waited for all of the pieces of the story to fall into place before I wrote that chapter, because I needed Penelope’s story to feel true and right.

World War II was such an epic and far-reaching war, I wanted her story to be consistent with the difficult realities of that time.

A: I hope the book reminds people of the magical aspects of human life. Isaac Newton believed in life’s magic and mystery. He sought out the answers to important questions because of his mystical spirit and his interested in alchemy, and the world is a better place because of it.

The theme of alchemy is really the backbone of my story. Alchemy, in its most simplistic form, is the science of breaking down base metals and turning them into gold. In my novel, World War II is the agent of change that breaks down my characters to make them into gold.

Ultimately, I hope that my book reminds readers about the importance of life’s transformations.

A: Right now, I am working on a book entitled The Great Medicine Show. It is story about a girl from Tennessee who joins a traveling medicine show. She transforms from farm girl to bejeweled hustler, traveling throughout the country with a band of outcast performers to learn about life’s grand show—the journey of suffering, secrets, promises, and life’s greatest balm, love.

A: Thanks so much!