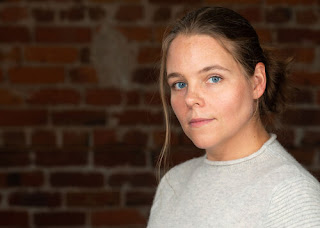 Alexandra Oliva is the author of the new novel Forget Me Not. She also has written the novel The Last One. She lives in the Pacific Northwest.

Q: How did you come up with the idea for Forget Me Not, and for your character Linda?

A: Forget Me Not is rooted in my fascination with the malleability of memory, which I started researching years ago in order to figure out a key aspect of my debut novel, The Last One.

I was only able to explore a small amount of what I learned in that book, so I knew I wanted my next project to be a deep dive into the fallibility of memory.

This story is the result of that deep dive combined with observations about the downsides of social media and my desire to push myself as a writer—my goal here was to combine exciting ideas with a thrilling plot and nuanced, relatable characters.

The main character, Linda, sprang from my desire to create a massive contrast between a remembered childhood and an adult life currently being lived.

As a child, she grew up isolated and essentially feral in this walled-off property in the woods. As an adult, she is forced to live in our over-connected, social-media-driven world, her terror of which leads to a different kind of isolation.

People talk about how terrible her childhood was, but that was the only time in her life when she felt comfortable.

I wanted to take this maladjusted, anxious character and force her to take action in the present while simultaneously challenging the very essence of the memories that define her. 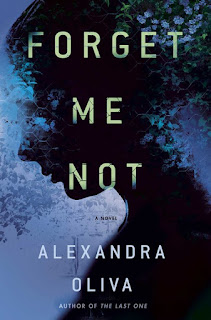 Q: The Publishers Weekly review of the book says, "Oliva also deploys some devastating reveals that illustrate trauma’s ripple effects." What do you think the novel says about trauma?

A: At its most basic level, Forget Me Not is a book about the stickiness of grief. The story is based around a single traumatic event: the death of a 14-year-old girl.

This death happened decades before the present action, but the main character wouldn’t exist if not for the death, and she knows it. The entire world knows it, and the hashtag-happy, meme-loving mob of social media won’t let her forget it.

There are layers upon layers of trauma connecting and dividing the characters, and I tried to explore as many of those layers as I could in this book.

A: I knew how it would end very early in the process. I was riding a bus into Seattle to go meet a friend, and since it’s so rare for me not to be driving, I made a conscious choice to keep my phone in my bag and spend the time looking out the window and scribbling ideas in a little notebook.

I had written maybe a handful of pages of the novel at this point and was still figuring out the trajectory of the story—and then the ending came to me. It was the best feeling: jotting down a vision of the perfect ending, the perfect last line.

Details needed to be tweaked, of course, but the idea of that scene didn’t change at all after that. The final line became a goal I was writing toward.

A: I’ve already had one reader tell me that the book made her rethink how she acts on social media—in particular how willingly she joins twitter mobs—which was kind of mind-blowing.

I didn’t write the book with any particular takeaway in mind, but that would be a good one: Remember that these platforms are designed in such a way that they actively amplify and encourage outrage. Anytime something really presses your buttons, it’s probably worth stepping back and taking a deep breath before engaging.

A: I’m about 30 pages into a new novel. It’s too early to talk about details, but it’s an ambitious premise that’s going to push my writing into new territory, and I’m really excited. Fingers crossed I can pull it off!

A: I suppose I would just highlight the cross-genre nature of this book. One of the things that can make it a little difficult to describe is that it doesn’t fit neatly into any one category. There are elements of science-fiction and elements of suspense.

It’s a character-driven story rooted in my love of beautiful sentences, but it also has a twisty, ambitious plot. I had a ton of fun playing with all these different story elements, and I hope readers enjoy how it all came together.