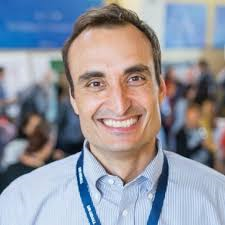 Ray Dorsey, M.D., is the coauthor of the book Ending Parkinson's Disease: A Prescription for Action. He is the David M. Levy Professor of Neurology at the University of Rochester.

Q: Why did you and your colleagues decide to write this book?

A: We wrote this book because Parkinson’s is the world’s fastest growing brain disease, and there is too much silence.

As detailed in the excellent book How to Survive a Plague by David France, HIV activists adopted the motto of “Silence=Death.” For Parkinson’s, silence=suffering, needless and often preventable suffering.

Q: What do you think accounts for the rise in Parkinson's diagnoses?

A: In 1817 when Dr. James Parkinson described the condition in London, Parkinson’s was very likely exceedingly rare; it was not even classified in the medical literature. Today, 1.2 million Americans are diagnosed with the condition.

What has changed over 200 years? Not genetics. It (likely) has to be the environment. Numerous products and by-products of the Industrial Revolution including certain pesticides, industrial chemicals like trichloroethylene, air pollution, and heavy metals.

Some of these chemicals are widespread throughout the U.S. and spreading around the world. 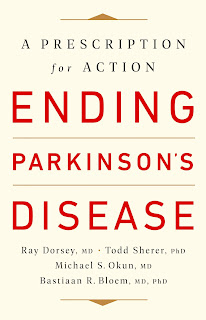 Q: You write that "our true passion is preventing people from ever having to face Parkinson’s." What are some of the strategies already in use, and what do you see looking ahead?

A: We can likely prevent many cases of Parkinson’s disease through societal and individual actions. At the societal level, we need to ban certain chemicals like the pesticide paraquat.

Paraquat was created in the 1950s, is considered the most toxic herbicide ever created, kills the weeds RoundUp cannot, and increases the risk of Parkinson’s by 150 percent. 32 countries including China have banned it, but the U.S. has not. Use throughout the U.S. has doubled in the last decade.

In addition to banning certain chemicals, vigorous exercise, a Mediterranean diet, modest amounts of caffeine, and wearing a helmet can all lower an individual’s risk for Parkinson’s. In our book, we detail 25 steps we can take as part of our prescription for action.

Q: What do you see as some of the most common perceptions and misconceptions about Parkinson's?

Misconception #2: Parkinson’s is not treatable. In fact, with exercise and appropriate medications, individuals can live long, productive lives with the disease (see Michael J. Fox).

Misconception #3: Parkinson’s will not affect me. It indeed may. The lifetime risk of developing Parkinson’s disease is as high as 1 in 15, seven times higher than dying in a car accident.

Even if you do not develop Parkinson’s, your friend or family member will, or you can find yourself helping care for someone with the disease for the last 15 to 20 years of their lives.

A: We are investigating clusters of individuals with Parkinson’s disease to see if we can find the underlying cause of the disease for them to prevent others from being affected.

We have also launched a WeGiveADime campaign, modelled after the March of Dimes, to end Parkinson’s. Our goal is to mail 10,000 letters to the White House with specific actions to help end Parkinson’s disease. Anyone can participate for the price of a stamp by visiting us at www.endingPD.org.