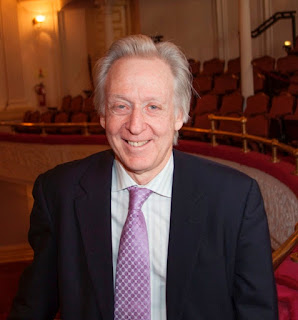 David O. Stewart is the author of the new biography George Washington: The Political Rise of America's Founding Father. His many other books include The Summer of 1787. He lives in Maryland.

Q: Why did you decide to write this new biography of George Washington?

A: I have done three previous books about the Founding Fathers, and had danced around the central act. I needed to come to grips with the main figure.

I saw that he’s not appreciated enough for the political operator he was.

Q: What do you see as some of the most common perceptions and misconceptions about him?

A: We see him as a wooden figure, pretty remote in time—he died 222 years ago. His monument is a great phallic symbol, not even a statue.

He maintained his position and stature by being somewhat reserved in public. I was struck by how emotionally accessible he was. He wept in public several times. In correspondence he was quite open about his emotions. He was a much more emotional person than we understand today—that was part of his power.

He wasn’t just a big guy who looked good on a horse, but he also connected with people. People described him as affable, which is not how we think of him. 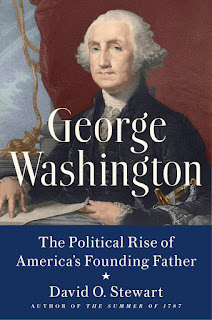 Q: The Publishers Weekly review of the book says, “Even readers well-versed in Washington’s life will learn something new from this meticulous look at how he became the 'paramount political figure' of his era.” What are some of the things you hope readers learn or take away from the book?

A: A couple of things focused on young Washington. He was not successful in his early career. He reinvented himself. He aspired to be a military figure, but he made himself unwelcome in many ways—he was young, brash, and did some dopey things.

When he left the military, he was determined to be a political figure. He served 16 years in the Virginia House of Burgesses and learned a lot about politics. He served on the Fairfax County Court, which was engaged with local government. He had a feel for what matters to people.

By the time of the Continental Congress, 16 or 17 years after he left the military, he was a different guy. He had learned how to operate as a political figure.

Also, there are episodes like the deal created with D.C. and Hamilton’s financial plan, adopted in 1790. It’s often attributed to Jefferson, Madison, and Hamilton, but I think Washington’s fingerprints are all over it. The only major player who got everything he wanted was Washington.

Q: What do you think George Washington would think of today’s politics?

A: In his farewell address, he warned about partisanship. He despised it. He recognized it was unavoidable, but it had to be controlled. He would see that we’ve failed to control it and it’s a danger to the Republic. He would be very alarmed.

A: I careen back and forth between fiction and nonfiction. I have a trilogy of historical novels that will start coming out in November, based on my mother’s family stories. The books will trace American history.

I’m hoping to find a good topic for a nonfiction book after that.

A: There’s more to Washington than we think--that’s the message I’m trying to get across.

He was a human being with flaws. He was a slaveowner all his life, and was a pretty late convert to realizing what a crime it was.

He freed his own slaves in his will, which was an act of atonement by him rather than thinking it would change history. I think he had a sense of guilt about it.

He was always anxious about money. As a teenager he didn’t have resources. When he had to deal with getting out of being a slavemaster, financial issues loomed large for him.