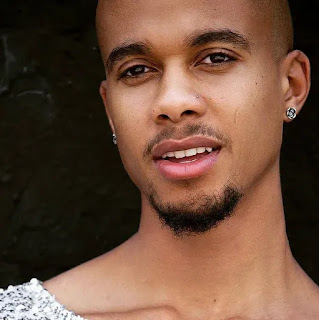 Hari Ziyad is the author of the new memoir Black Boy Out of Time. Their work has appeared in a variety of publications, including Gawker and Out.

A: As a freelance journalist, I’ve been writing about issues regarding race, gender and sexuality for almost a decade now, and I even launched a digital publication, RaceBaitr, centered around these topics in 2015.

I had always considered putting together a book that summed up my core argument—that the punitive ideas undergirding a prison-based culture are at the root of anti-Black and gendered oppression—and of course this argument is rooted in my experiences growing up in a particular Black Hindu/Muslim household, so settling on writing a memoir came as soon as I had the time and resources to sit down and make it happen.

But the thing that inspired me to write this particular memoir was something that happened after I had already begun to write something else.

When my mother was diagnosed with a rare and aggressive cancer two years ago, a few months into starting the book, I realized I couldn’t just document how prison-based culture affected my life, I had to also use this book to heal from it, and heal the relationship between me and my mother that was damaged by it in particular.

I had to explore how the abolition of prisons could be a healing practice in my everyday life, and I had to use the page to figure out how. We were running out of time, and so this book, this healing, became a necessity for me. 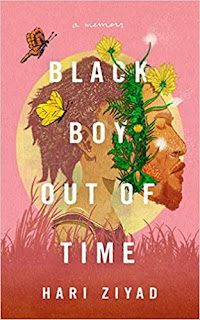 Q: The Publishers Weekly review of the book says, "With its candidness and sharp prose that doggedly links the personal to the political, Ziyad’s tale is engrossing and necessary." What do you think of that assessment, and how would you describe the book's personal-political links?

A: Abolition as a healing practice inherently links the personal to the political. The public debate around calls to defund and abolish the police and prisons usually center around its political implications; whether physical institutions of prisons and actual cops are allowed to exist in our neighborhoods, and of course that is central to my conversation around abolition too.

But what I wanted to do in the book is to show how the ideas that uphold the physical institutions of prisons and cops—ideas like that it is necessary to punish people into fitting into binary categories of good and bad, guilt and innocence—also show up in our everyday lives.

How does an individual bring that same punitive logic into our interactions with our neighbors, our parents, our partners, ourselves?

More importantly, how do we challenge the way we bear punitive logic in the world? I believe the abolition of actual prisons and police can’t happen without doing exactly that, and so that’s where the book begins.

A: I think the book is still having an impact on me, and probably will for some time.

It called me to have difficult conversations with myself, which are reflected in the self-epistolary chapters addressed to my younger self.

These are all practices I hope to continue. I’ve become a more spiritual person, more open to ambiguity and the unknown and unknowable, which I think journeying back into the past in an effort to reclaim it automatically requires a person to do.

It’s a type of time travel, really, which inherently is unknown and unknowable. I do it to connect with my mother through altar work, or to connect to my inner child in therapy, and it will always be useful until my healing is complete. And of course, it never will be; because healing is a journey.

A: As I write in the prologue, I want this book to be a sort of map for others who are looking to do the kind of healing work this book called me to do.

For others looking to reconnect with their childhood selves. I am not too self-absorbed to think everyone’s path might look exactly the same as mine, but I wanted to at least provide some tools I used to become more whole with my childhood again.

I want for when readers hear the term “abolition” that they know exactly what it means, and how they can incorporate abolitionist practices into their everyday lives. And I want them to be able to wake up every day knowing they can do something to get better at these practices than they were the day before.

A: I’m still totally focused on this book’s release, because there’s still so much more to unpack. Eventually, I would love to bring Black Boy Out of Time to the screen, and me and my agents are working on some ideas to make that happen.

I’ve also been taking meetings about staffing on my first television show, which will hopefully be fruitful, and I have some original pilots written as well.

Lastly, I’ve started sketching out a novel about Black witchcraft, but we’ll see where that goes!