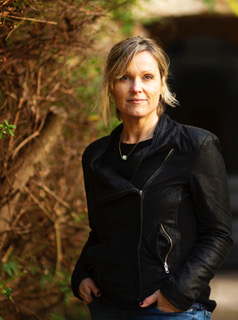 Lucy Atkins is the author of the new novel Magpie Lane. Her other books include The Night Visitor. She is a book critic for The Sunday Times, and her work has appeared in a variety of publications, including The Guardian and The Times. She is based in Oxford, UK.

Q: How did you come up with the idea for Magpie Lane, and for your character Dee?

A: A few years ago I bumped into the new President of my old Oxford College  - a surprisingly young and friendly guy who showed me round the President’s Lodging, a beautiful pink house in a cobbled street in Oxford.

I’d been in there years before, when it was a dark place full of antiques, but this new College President had a Californian artist wife, who had completely redecorated - and it was beautiful.

It got me thinking about how new energy might be tricky with in a claustrophobic College mired in hundreds of years of tradition and (mostly white, male) privilege.

There was also a priest’s hole in the President’s Lodging - where they’d hide Catholic priests in Elizabethan times, when the house was built. That got me thinking about hiding, fear, ghosts, and all those interesting things.

Dee came to me because I wanted someone who, as the Master’s nanny, could be inside the Oxford College, and yet not an insider - I wanted Dee to be middle-aged and extremely clever, an intellectual match for Nick, the powerful Master of the College, who cannot get the better of her. I liked the idea of the chaos that would bring. 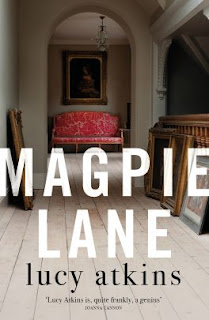 Q: Oxford is almost like another character in the book. What role do you see setting playing in your writing?

A: Setting is the key to all my novels. It’s the thing that comes first as an idea for a new book - before the characters, themes, and certainly before the plot. I find settings incredibly rich and fertile ground, and other things tend to grow from there.

Q: The writer Kate Hamer called the book "a chilling, page turning tale that also made me laugh out loud." What did you see as the right blend between suspense and humor?

A: I like having moments of irony and humour, but I wouldn’t see my books as laugh out loud (though I was delighted that Kate found that). I think it’s important to have moments of release - a relentless suspense is tiring and ultimately quite boring. You need a change of pace. And of course, clever humour plays into other themes too.

Q: The novel is filled with fascinating facts about subjects ranging from mathematical theories to Oxford history. Did you need to do any research to write the novel, and if so, did you learn anything especially surprising?

A: I did a LOT of research. I spent probably the first six months in the Bodleian library reading anything from Edwardian diaries to newspaper reports of poisonings, and a lot of classic ghost stories.

I also went on a couple of ghost tours of Oxford, and read a lot about the local history and specifically the city’s Victorian graveyards. Much of my research doesn’t make it into the book, but it definitely all informs the atmosphere.

My most surprising discoveries are about subterranean Oxford. There is an entire medieval Jewish cemetery buried underground outside the beautiful Botanic Gardens and I had no idea it was there.

A: I’m currently writing a novel about two old ladies and several miniature dogs in an almost derelict Sussex windmill. I’ve almost got a first draft, but have been working on it for almost two years now. I blame the pandemic.

A: My books have been variously classified by readers/reviewers/booksellers as crime, mystery, literary fiction, gothic fiction, suspense, and romance. I think, essentially, that means they aren’t entirely classifiable. I’m quite happy with that.