Gillian Gill is the author of the new book Virginia Woolf and the Women Who Shaped Her World. Her other books include We Two and Nightingales. She has taught ta Northeastern, Wellesley, Yale, and Harvard, and she lives in Burlington, Massachusetts.

Q: Why did you decide to write a biography of Virginia Woolf?

A: Reading Virginia Woolf was a huge influence on me as I moved from being an academic specializing in 20th-century French fiction into women studies and then into a new life as a writer.

Woolf spoke to the dilemmas in my personal life. With clarity and elegance, she argued that women had been and still were in the late 1920s systemically kept on the fringes of professional life and creative achievement. She showed her “chops” as a social and literary critic but was never pedantic or stuffy. Thus, she gave me a model for writing and the encouragement to try and be a writer myself.

I had the canonic “room of my own.” The money my dead husband left me meant I did not have to scrounge for a living. She showed me that I too was free to try and write—if I could find the energy and motivation.

And then, as my books began to get written and published and I changed from a literary critic of women’s texts, to a student of achieving women’s lives, to a teller of family stories, Virginia Woolf was kind of waiting for me to get round to her.

And once I did and saw how fascinating the women in her family and her adult life were, I got totally wrapped up in my project. Like so many women she knew and so many women who have just read her, I fell in love with Virginia Woolf.

Q: How did you conduct your research for the book?

A: I am British by origin and my  family members are very supportive of me as a writer, so it was cheap and easy for me to trot around Kensington where Woolf lived until her early twenties (so RITZY!!), Bloomsbury where she and her friends congregated, Sussex where she and her sister and their great friend John Maynard Keynes had vacation homes, and Kent where Henry James, Vita Sackville West, Ellen Terry and her daughter Edy Craig had homes.

But, that crucial fieldwork apart,  basically, what I do is sit at home here in the USA in my upstairs library, and I summon the books I need books from the internet, read them over and over, taking copious notes by hand in a notebook, and then, with my execrable typing, I write innumerable drafts on my computer.

As a failed academic, I used to fret over my lack of devoted graduate students and brilliant young undergraduates—now I just get on with the job as best I can. On this book I didn’t even sub-contract little bits of research as I did with my Mary Baker Eddy and Colette books. Like it or lump it, what you read in this new book is all me, my readings and reactions and analyses. 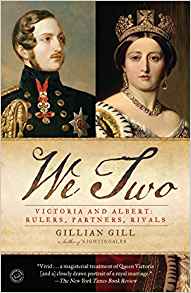 Q: Did you learn anything you found especially surprising?

A: The extent to which Woolf was not only a champion of women and women creative artists, but of small children. The sexual and psychological abuse of children was something she felt in her life, thought about deeply as an adult, bravely addressed in her autobiographical essays, and introduced  into her fiction. On this issue she was way, way ahead of her time.

Q: How would you describe the relationship between Virginia and her sister Vanessa?

A: INTENSE and extremely complicated! Until Vanessa married in her late 20s, she and Virginia were almost always together and were each other’s main support against the tyranny of their male relatives. After the deaths of their mother and older sister Stella Duckworth, Vanessa became, in essence, Virginia’s mother.

As Virginia plunged into a sequence of serious psychotic episodes, Vanessa’s support was crucial to her. However, that dependency was a source of resentment for both sisters—to Virginia, a strong personality forced into apparent frailty by her illness, and to Vanessa, apparently strong and seeing no need of support or advice to get what she wanted from life. 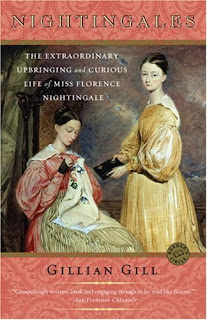 When 29-year old Vanessa married Clive Bell, the bond between the sisters was broken. Henceforward, though they are very often in the same place, the same room, they were almost never alone. Vanessa welcomed that, Virginia did not.

As the letters she wrote around the time of her sister’s marriage reveal, Virginia Woolf was in love with her sister. In the last decades of Virginia’s life, the sisters were deeply supportive of each other’s work. They were also rivals, and both sisters believed Vanessa to have the upper hand because she was not only a successful painter but also the mother of three children.

Except for Leonard, Vanessa Bell was always the most important person in Virginia Woolf’s life. She knew she needed Vanessa. Vanessa did not think she needed Virginia. That was part of her tragedy.

A: The often sad and sometimes tragic lives of the women in Queen Victoria’s family—her mother (Victoria of Saxe-Coburg-Saalfeld, Duchess of Kent), her sister Feodora (Princess Ernest of  Hohenlohe-Langenburg, her daughters, Victoria (Princess Royal and Empress Frederick of Prussia,) Alice (Grand Duchess Louis of Hesse), Louise (Duchess of Argyll), Helena (Princess Christian of Schleswig-Holstein), Beatrice (Princess Henry of Battenburg), and two of her granddaughters, Alex (Tsarina Alexandra of Russia) and Victoria Eugenia (Queen of Spain), both of whom were carriers for hemophilia.

This book will be a followup to We Two, my successful book about the marriage of Queen Victoria and the Prince Consort, Albert of Saxe-Coburg-Gotha.