Ted Gioia is the author of the new book Music: A Subversive History. His other books include How to Listen to Jazz and Love Songs: The Hidden History. A music historian, critic, and performer, his work has appeared in a variety of publications, including The New York Times and the Los Angeles Times.

Q: You write, "This work has been in the making since the early 1990s, and it all started when I asked a simple question that led to some very complicated outcomes: How does music change people's lives?" What was the journey between that idea and this eventual book?

A: We are taught nowadays to view music as mere entertainment—a kind of diversion for our leisure hours.

Ivy League professor Steven Pinker has even described music as “auditory cheesecake.” He believes that the only purpose of a song is to stimulate the brain, and listening to music is no different from drinking a martini or using recreational drugs.

When I started the research for this book, more than 25 years ago, I had a very different view about music. I believed music is a source of transformation and enchantment in human life. It’s a change agent that possesses great power—over our bodies, over our communities, over our society as a whole.

I wanted to write the history of music from this perspective. I wanted to show how music has transformed the world around us.

This required a different kind of research.  The stories I wanted to tell don’t usually show up in music history books. Instead I had to dig into a range of different sources—from scientific literature to folklore and mythology, and everything in-between.

And the more I dug into these alternative sources, the more interesting the story became. Even I had underestimated the power of music in human life. 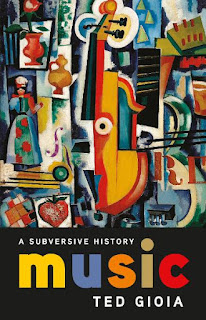 In my book, I show that music has been a major force in expanding human freedom and personal autonomy. And this has been true for centuries.

The very first songs of personal expression, back in ancient Egypt, were linked to the earliest labor strikes. In modern times, almost every transformative movement—whether Stonewall or the Summer of Love or punk rebellion—has been closely linked to music.

In just the last few weeks, I have seen protesters in Hong Kong use a Broadway musical song to confront the government, and activists in Lebanon have turned the “Baby Shark Song” into a protest anthem.

Maybe the music industry thinks that songs are just entertainment, but governments know that music possesses tremendous power. That’s why they repeatedly try to censor and control it.

A: As a parent myself, I am sometimes on the side of Mom and Dad. But I do recognize that music possesses power, and that power can be used for either good or bad. 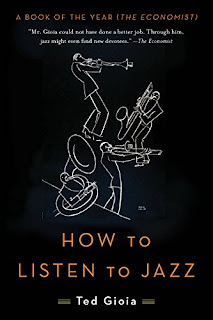 Just in the last few decades, we have learned so much about how music impacts our bodies. Our brainwaves adapt to the rhythms of music. Our blood cell count changes when we hear music, and our immune system is strengthened.

When we are exposed to music, our body produces the hormone oxytocin, and this bonds us together with the people around us. This bonding can lead to a romantic encounter, or it also might bring together soldiers on the battlefield.

It’s not a coincidence that almost every violent gang has its own favorite theme songs. Even Charles Manson used a Beatles song, “Helter Skelter,” as his anthem.

So we can’t be indifferent to our musical culture. Music is like nuclear energy. It has the potential to give illumination to an entire nation, or it might blow up everything too.

A: I was most surprised how the same patterns recur again and again in music history. 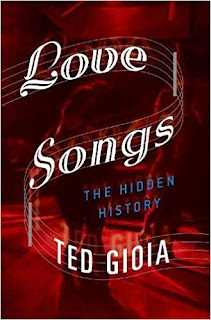 For example, the oldest songs we know about were used in ancient fertility rites, and are all about sex. Today, you hear very similar songs on the radio. A researcher even did a statistical analysis and showed that 93 percent of hit songs today refer to sex.

Madonna and Lady Gaga have a lot in common with the high priestesses of ancient Mesopotamia, who gave us the earliest songs documented in the historical records.

Q: How is your book "subversive" as compared to other works of music history?

A: So much of the music establishment wants to be respectable. But the real history of music is filled with shameful and embarrassing ingredients. When you remove these shameful parts, you get rid of the sources of innovation in human music-making.

In my book, I show how new ways of singing have been linked repeatedly with sex, violence, magic, supernatural beliefs, altered mind states, trance and ecstasy, generational conflict and social upheavals. These are precisely the ingredients that respectable music history books prefer to leave out.

A: Because I am a music historian, people expect me to be focused on the past. But I am even more concerned about the future of music.

One of the goals of my new book is to show how a better understanding of the past can help us create a healthier music ecosystem in the 21st century. That will be a major focus of my research and writing going forward.

A: I believe that music is a leading indicator—not much different from those economists use to forecast the future. All the great social changes are first announced in music. So the best way of anticipating what will happen in the coming years is by listening to the songs that are going viral today.