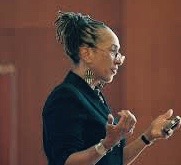 Lorene Cary is the author of the book Ladysitting: My Year with Nana at the End of Her Century, which focuses on her grandmother. Cary's other books include Black Ice and The Price of a Child. She is the founder of Art Sanctuary and SafeKidsStories. com, and she teaches at the University of Pennsylvania. She lives in Philadelphia.

Q: You write of your grandmother, "After she died, I felt stuck for years: I couldn't sweep up the odd bits of her business; I couldn't shake the sense that I had not done enough over that long, slow year and a half for her or for my other family members." What made you decide to write about this last phase of her life?

A: It wasn't so much a decision as a need to write. And the need was not to understand Nana's end of life as much as my own stymied grief. I needed to reflect on the what was so hard about those years.

Not until I wrote it for the short opera, The Gospel According to Nana, did I realize that I was trying to understand whether we'd loved each other and how. How much was our gratitude for a time we shared during my childhood? How much had grown with us? 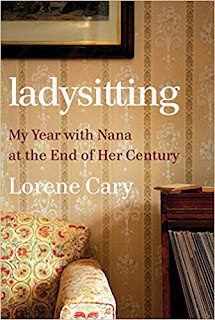 In a blog I wrote to accompany our release on Soundcloud of the opera, I wrote this:
The Ghost will indeed leave, but not until the two remember the joy of life, including standing together behind roaring waters on a long-ago trip to Niagara Falls. My fraught and complicated meditation on love and loss could finally sing.

And, surprise, now I could finish the book. In the final revision of Ladysitting, I had to insert this:
…the character of Nana’s Ghost …wants to to find the libretto about her haunting and destroy it. She knows that when it is performed, she will really have to die and leave Granddaughter alone. But it turns out that, after writing the damned thing, the granddaughter is not sure she wants that either:
Granddaughter: It felt like I was losing you.
Nana’s Ghost: You are. Love would mean that I should go.
Q: The book includes stories about your grandmother, but also about other family members going back to the early 20th century. Did you know most of these stories before you wrote the book, or did you need to do additional research? 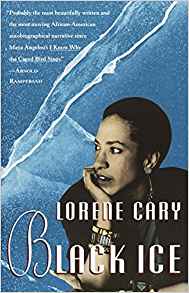 A: I knew the outlines of most of these stories, but needed to write them in order to give them the same care and curiosity I'd given to the stories of strangers, like the people I read about for The Price of a Child or If Sons, Then Heirs. I've always felt as if those characters became as close to me as ancestors through the writing.

In the case of these family stories, my own ancestors were demanding I pay them the strict attention that I have given to fictional characters.

A: Ladysit was the verb we created and use for any of us staying with Nana. It was to give dignity to what she called the new need to babysit her. No, we said, So-and-so is coming to ladysit you.

The word signifies our entire family's effort to pitching with care taking; and how we as a species use language to try to make our minds play with challenge.

Q: Did writing the book help you come to terms with your grandmother's life and legacy? 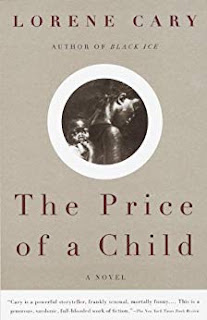 A: The writing helped me come to terms with my own feelings and experience. Since it's been published, I've continued to learn from readers what her legacy is.

A: Just finished a last thorough revision of My General Tubman, a play that imagines that Harriet Tubman appears in a contemporary Philadelphia prison looking for me to come fight with her at Harper's Ferry, and then, in the Civil War. It premieres at Arden Theater in Philadelphia in January.

A: Ladysitting's paperback edition comes out in June. I love when the book is more affordable. And, because the Library Journal's review of the audiobook was so positive, that version is springing up in many libraries.

--Interview with Deborah Kalb. Here's a previous Q&A with Lorene Cary.
Posted by Deborah Kalb at 6:02 AM